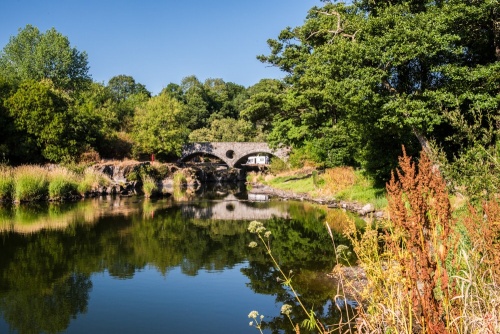 Cenarth and the River Teifi

Cenarth is a pretty village astride the River Teifi, on the border of Ceredigion and Carmarthenshire. The village is famous for Cenarth Falls, a picturesque series of waterfalls and rock pools that are the focus for an annual salmon leap that draws visitors from far away.

The focal point of Cenarth is its striking 18th-century bridge, built in 1787 by William Edwards. Williams and his son David designed the bridge with a series of peculiar circular holes. The holes are not decorative but were added to reduce the weight of the span while maintaining its strength. 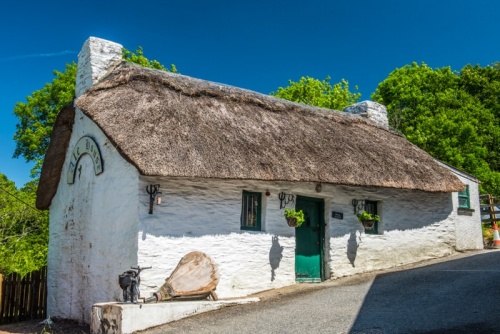 The waterfalls act as the first real barrier to salmon and seatrout on their way up the Teifi to spawn. Visitors come every autumn to stand on the historic bridge across the river and watch the fish leaping up the falls. Cenarth Falls was the subject of a famous painting by Frank Miles that is now held in the Nottingham City Museum.

From at least the 13th-century water from the falls fed a leat channel that directed water to a watermill on the south bank of the river. The mill was more than it seemed, though; there was a hidden trap door in the floor of the mill, and the miller would open the door and catch salmon swimming underneath the mill.

It was completely illegal, but part of the poaching heritage employed by poor locals who devised all manner of tricks to catch salmon illegally in the dead of night, often using light vessels known as coracles to navigate the river in silence. 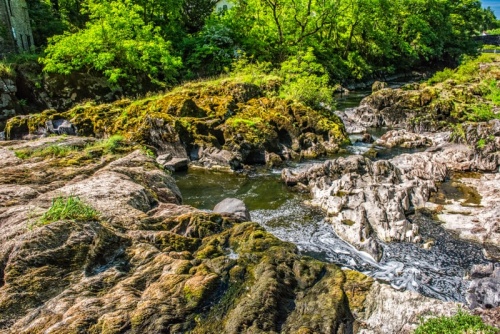 The story of the poachers and of coracles in general is told at the National Coracle Centre on the south bank of the river, opposite the Falls. The Centre's fascinating museum tells the story of Welsh coracles, a flat-bottomed boat without a keel. Coracles have been used throughout Britain since the Bronze Age, and were traditionally made by weaving a basketwork frame of flexible wood, tied together with rope made from animal hair.

The framework was then covered canvas or calico cloth impregnated with pitch. They are light enough to be carried on a fisherman's back for as much as 10 miles. Fishermen (legal or otherwise) would carry the coracle up to 10 miles upstream before entering the water, then float downstream while fishing.

The Coracle Centre has an amazing collection of coracles not only from places around Britain but from cultures across the globe. Examples include Native American 'bull boats' made with a willow frame covered by a buffalo hide, and a Vietnamese coracle made with bamboo. Coracles are still used for fishing on the Teifi, the Taf, and the Towy.

In the grounds of the Coracle Centre stands a 17th-century mill, which can be visited for an additional fee. There you can learn more about the history of poaching on the River Teifi and see the trap door used by the poaching millers.

There has been a mill here since at least the 13th century when a document records the transfer of ownership of the mill to King Edward I when he became lord of the manor of Cenarth. There may have been another mill nearby, destroyed during Owain Glyndwr's rebellion in the early 15th century.

A mill and church are mentioned by Geraldus Cambrensis (Gerald of Wales), the 12th-century cleric, who described Cenarth as 'a flourishing (salmon) fishing-station'. He also described how 'The church dedicated to St Llawddog, his mill, the bridge with its fishing-station and a most attractive garden all stand together on a small plot of ground'. So we know that in the 12th century when Gerald visited there was already a mill and a church at Cenarth. 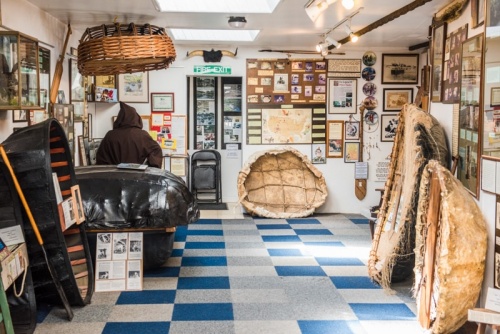 Geraldus does not mention a castle in his writings, yet we know that there was a Norman castle known as Parc-y-domen about 100m from the church. It is entirely possible that the castle had already fallen out of use by the time Gerald visited Cenarth. Remains of the castle earthworks can be seen to the south of the churchyard (though there are no signs to show its location - an OS map is useful). The mound is about 20m in diameter, surrounded by a 3m wide ditch. The mound rises 5.5m to a dished summit reinforced by a stoney bank.

A short walk from the Coracle Centre is St Llawddog's Church, built in 1872 to replace an earlier medieval building. Though the church furnishings are largely Victorian there are several historical features that hint at a much older heritage.

In the churchyard stands an ancient carved stone known as the Gellidywyll Stone. It bears an inscription suggesting it was made to mark the grave of 'Curcagnus son of Andagellus'. The stone is thought to date to the 5th or 6th century, which is not surprising when you consider that the church was an important ecclesiastical centre, mentioned in a 6th-century text.

Inside the church is a fascinating Norman font, dating to the 12th or 13th century. Around the font bowl are carved human heads connected by a band of sinuous moulding. 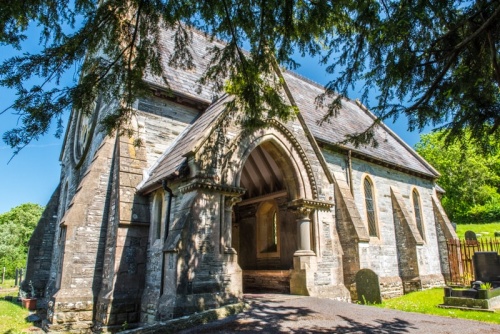 On the south bank of the river, near the bridge, is a small wellhouse protecting Ffynnon Llawddog, St Llawddog's Holy Well. The wellhouse is modern but the well itself is of ancient origin and is said to have been founded by St Llawddog himself.

Llawddog was said to be a late 6th-century Christian saint, the son of Dingad ab Nudd Hael, the king of Bryn Buga (Usk). Very few details are known about his life, but he is thought to have abandoned his inheritance and become a hermit near Caernarfon. Later in life he lived on the Isle of Bardsey, off the southern tip of the Lleyn Peninsula, and there he was chosen to lead the island's religious community. He is said to have been known for working many miracles.

Also by the river bank is a memorial garden in honour of poet Eluned Phillips (1914-2009), a native of Cenarth and the only woman to win the National Eisteddfod twice. In a curious coincidence, Phillips was born on the same day, 27 October 1914, as Wales' most celebrated male poet, Dylan Thomas.

Adjoining the main inn is The Old Brewhouse, a thatched 18th-century cottage that may have been an earlier inn and was later converted to a brewhouse for the Three Horseshoes. In 1760 the innkeeper was Mrs Powell, whose husband was the village blacksmith and whose brother was the rector at Llangeitho.

There is a large paid parking area on the north bank of the river, with good access to a trail that leads beside the Falls. There are more parking areas on the south bank near the Holy Well. 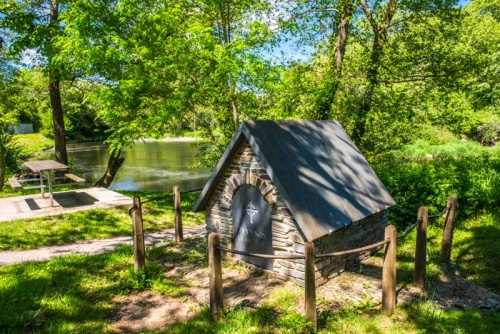 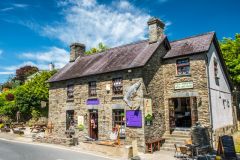 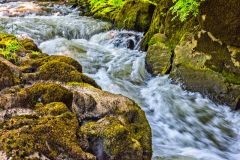 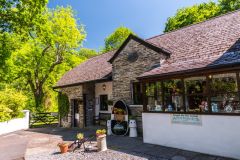 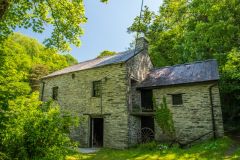 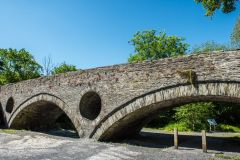 More self catering near Cenarth

More bed and breakfasts near Cenarth