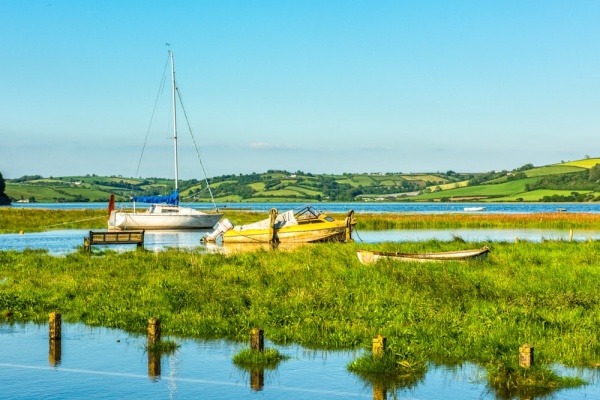 Boats on the River Taf at Laugharne

Poet Dylan Thomas described Laugharne as 'the strangest town in Wales'. Thomas was captivated by Laugharne, and the town returned the compliment, for it is hard to explore anywhere around the town at the mouth of the River Taf without seeing reminders of Thomas and his long-standing link to Laugharne.

Laugharne played an enormous part in Thomas's works; he based the mythical town of Llareggub ('bugger all' spelled backwards) in 'Under Milk Wood' on Laugharne, and spent the most productive years of his working life in the town. 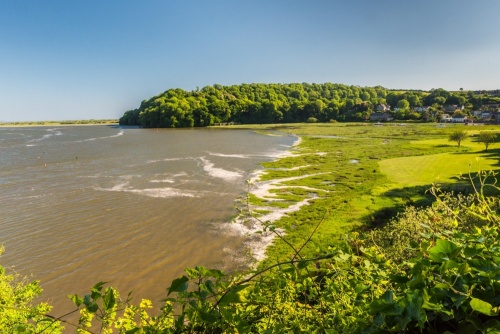 Many of his poems were written in a small shed that served as his writing retreat, perched on the top of the high cliffs overlooking Carmarthen Bay. Thomas called it his 'word-splashed hut'. He would lock himself into his writing shed, with just a typewriter, a table, a chair, a bookshelf, and a coal-fired stove. The writing shed has been preserved exactly as he would have known it. The shed is so small that it cannot accept visitors, but there is a large window so you can peer into the shed interior.

Further along the cliff is Dylan Thomas's Boathouse, his former home, where you can learn about the poet's life and his untimely death in 1953. Thomas called the Boathouse 'My seashaken house, On a breakneck of rocks'. You can walk along the shore from the town car park to the Boathouse if the tide is out, but beware the swiftly moving water if the tide is coming in!

Dylan Thomas spent much of his time drinking at Brown's Hotel. In fact, he and his wife Caitlin spent so much time at Brown's that he gave the hotel's phone number as his own. Browns was built in 1752 and is just a short walk uphill from the castle entrance.

Thomas would visit his father at the Pelican across the street to chat and do the crossword. When his father became ill Thomas was moved to write one of his most famous poems, Do Not Go Gentle Into That Good Night. It was at the Pelican that Thomas' body was laid out after his death. 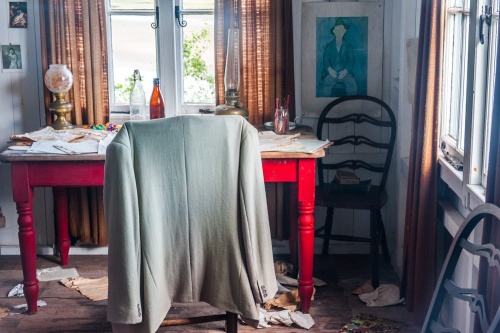 A statue of the poet stands beside the town's car park, looking across to the 13th-century fortress of Laugharne Castle. The castle stands on the site of a Romano-British fortress. In the Norman period, the fortress was enlarged and rebuilt in stone. It was sacked by Llewelyn ap Iorwerth in 1215 and sacked again in 1257.

The de Brian family built the striking stone walls, punctuated with towers. A later owner was Sir John Perrot, Lord Deputy of Ireland under Elizabeth I. Sir John altered the medieval castle to create a sumptuous Tudor mansion, but work on the castle stopped when he was imprisoned for treason and died in the Tower of London.

In the 18th century, a mansion house was built in the 16th-century gardens, and in the Victorian period, the grounds were altered to create picturesque gardens. A summerhouse built into the castle wall was later used by writer Richard Hughes, author of High Wind in Jamaica. 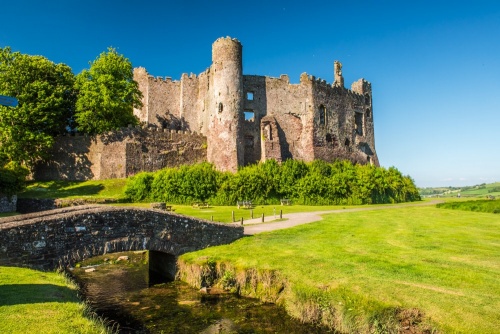 Dylan Thomas and his wife Caitlin are buried in the churchyard of this attractive Victorian church. The graves are not signposted but are easy to spot; just look for the very simple white wooden cross in the upper graveyard. The cross stands out by its simplicity amid much more elaborate tombs. As for the church itself, it was built in 1873 to replace a 15th-century church, itself built to replace a much earlier Norman building. The historical highlight of the church is a Celtic cross-slab. 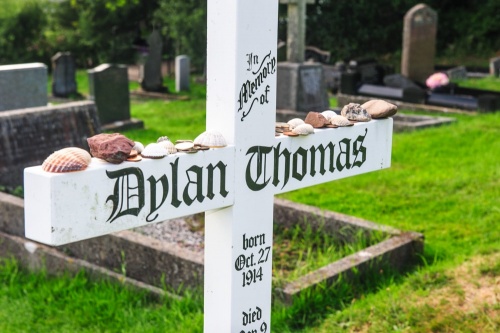 Dylan Thomas may have described Laugharne as the strangest town in Wales, but he also called it a 'timeless, mild, beguiling island of a town'. The island part of the description seems appropriate, for the town and the river are closely intertwined. Nowhere is this more evident than the town car park, practically under the castle walls.

Unsuspecting visitors park their cars by the waterside, unmindful of the signs warning of sudden tides. When the tide comes rushing in, those cars are stranded, unreachable without a pair of tall rubber boots. It is a common sight to see visitors having to wait out the tide, or roll up trouser legs and wade out to their vehicles. I was once almost one of those poor unfortunates, but thankfully I saw the tide lapping at my car's tires and dashed quickly to move it to high ground.

A sensible visitor - this means you - parks further away from the shore, and pays attention to the state of the tide. 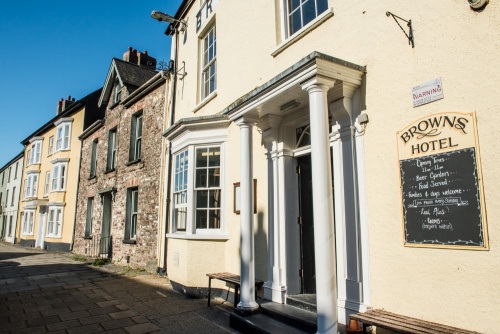 All this talk of the treacherous tide gives the wrong impression; Laugharne is a peaceful place, the sort of place you want to linger, to walk along the shore, or sit and watch the clouds roll by. For a place that is a site of literary pilgrimage, Laugharne has avoided the excesses of commercialisation. It is very much as Dylan Thomas would have known it.

Perhaps Thomas should have the final word; his last BBC radio broadcast in 1953 was a piece entitled, fittingly, 'Laugharne'. In it he described his home as the sort of place where people 'like myself, just came, one day, for the day, and never left; got off the bus, and forgot to get on again'. 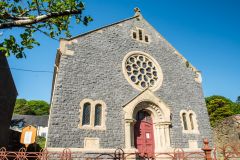 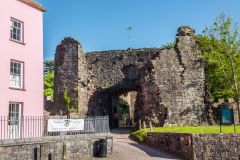 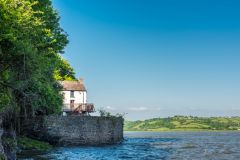 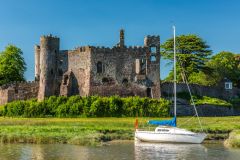 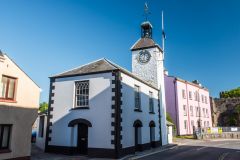 More self catering near Laugharne

More bed and breakfasts near Laugharne

Self Catering near Laugharne