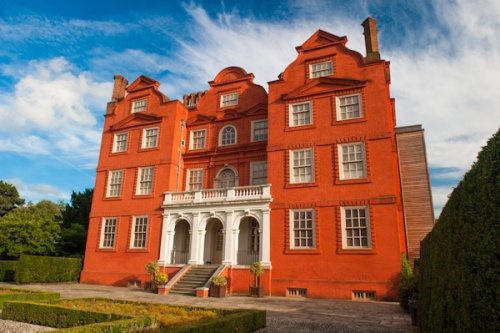 In 1631 a merchant named Samuel Fortrey built a small brick house on the banks of the Thames at the northern tip of what is now Kew Gardens. Fortrey was of Dutch extraction, and his house was very much inspired by his parent's Low Country homeland, with stepped gables and traditional Flemish-bond brickwork.

In fact, Fortrey's house may have been the first residence in England to use this traditional Dutch style of construction. Over the house entrance is a lover's knot, with the initials S and C, for Samuel Fortrey and his wife Catherine. 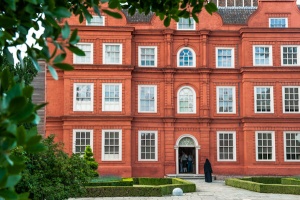 The front entrance of the Palace

In 1729 the house was purchased by George II and Queen Caroline, as the queen thought it a perfect spot to lodge their three daughters.

When George took the throne as George III, his own son, the future George IV, was given Kew Palace as his home. 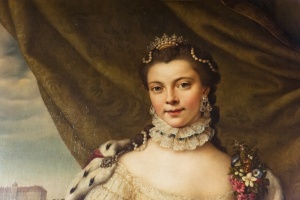 Royal portrait inside the palace

George III wanted to build a magnificent palace on the site, but though the palace was begun, it was never finished, and in 1828 the partially completed structure was blown up. That left Fortrey's original Dutch-style house, and Queen Charlotte's Cottage, a small rustic house built in 1771 and later incorporated into the botanic gardens that grew up out of the royal estates.

The royal princesses stayed at Kew, though they were grown to adulthood and eager to be independent. The queen sometimes stayed with them, during her repeated periods of estrangements from her husband.

In 1818 Queen Charlotte fell ill and was forced to stay at Kew to regain her health, and it was here that she died in 1818. Her body lay in state in the dining room at Kew before she was transported to Windsor Castle for burial. After that the palace lay largely forgotten until Queen Victoria opened the palace to visitors in 1898. 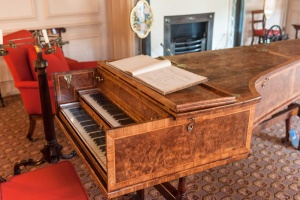 Grand piano in the sitting room

A reminder of the time when Kew was home to the unmarried daughters of George III and Queen Charlotte, the bedrooms have been restored to show how they might have appeared in the early 19th century. Princess Elizabeth's bedroom is on the first floor, and includes an extravagant Grecian couch bed.

On the second floor are the bedrooms of Princess Augusta and Princess Amelia. Kew was never more than a comfortable house, not a palace in the traditional sense, but we should perhaps take Horace Walpole's remark that the royal quarters were so cramped that the princesses had to hang their dresses on the back of their bedroom doors with a pinch of salt! 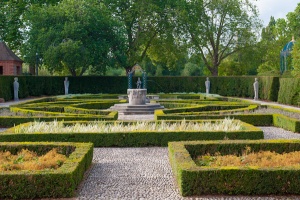 Just a short stroll from the main house at Kew Palace are the kitchens, which have remained unaltered since Queen Charlotte's death in 1818. It is fascinating to see how food was prepared, and how the kitchens were laid out and managed.

The famed London waxworker, Madame Tussaud, took a mould of King George III's head in 1810 to celebrate the king's Golden Jubilee. The original mould was used to create a wax cast in 1996, and the cast was then painted to create a likeness of the king, using contemporary portraits. So the bust is as close as we can ever likely get to seeing exactly what the king looked like. 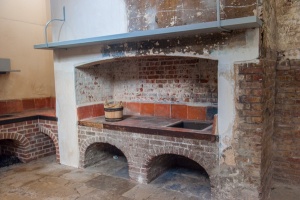 One of the more compelling highlights at Kew is the chair that Queen Charlotte was using when she died in 1818. The queen was suffering from dropsy, and then, unfortunately, caught pneumonia. She found it difficult to lie down, so she would rest in a comfortable chair.

She died in the chair on 17 November 1818, tended by George, the Prince Regent, and Frederick, Duke of York, her two eldest sons, with two of her daughters, Princess Augusta and Mary, Duchess of Gloucester. Her descendant, Queen Victoria, wanted the room kept as it was in her grandmother's lifetime, and this wish was carried out.

Kew Palace is contained within Kew Gardens, but there is a separate entrance fee for the Palace (or you can get a combined ticket for both). The closest entrance is at Kew Green, at the north eastern tip of the Gardens. We visited with our two children on a sunny summer day.

I did not know what to expect from the palace, but I was very pleasantly surprised. The interiors are pleasant, but not really ornate; the palace seems very much more like a comfortable home rather than a stuffy showpiece. I could really imagine the royal family being able to let their hair down a little at Kew! 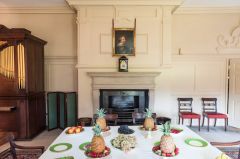 More self catering near Kew Palace