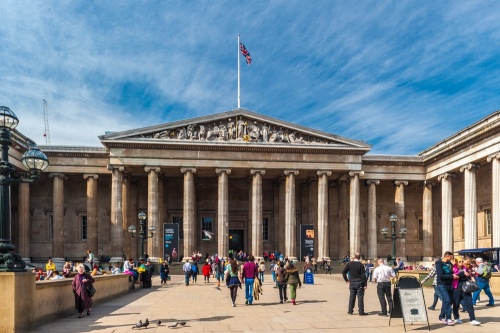 The British Museum is one of the finest museums in the world, with a vast collection based on the private collection of an 18th-century antiquarian but now grown to encompass a remarkable array of objects from across the globe and illustrating the sweep of human history from ancient times to the present day. The British Museum is the most popular visitor attraction in Britain, with over 6.5 million annual visitors.

Sir Hans Sloane was a fashionable physician, naturalist, and a friend of royalty. He was also an avid collector of antiquities, with an eclectic taste ranging from Egyptian coffins to Greek statues. When Sloane died in 1753 he left a collection of over 71,000 artefacts to King George II, on the condition that the king pay his heirs £20,000 - an astronomical sum for the time. Essentially, Sloane was selling his collection to the nation.

The Sloane bequest formed the basis of the British Museum, established by an Act of Parliament on 7 June 1753. The museum collection consisted of antiquities, manuscripts, books, natural history specimens, and ethnographic artefacts. In addition to Sloane's collection, the first museum included objects collected by Sir Robert Cotton and Robert Harley, the 1st Earl of Oxford.

The museum was housed in Montague House in Bloomsbury and opened to the public on 15 January 1759. It was the first national public museum in the world with a mandate covering all areas of human knowledge. The London landscape would look quite different today if another proposed site had been chosen instead. That other site was Buckingham House, then a private dwelling but today known as Buckingham Palace, the royal family's London residence.

One of the early visitors was the composer Wolfgang Amadeus Mozart, who came in 1765. Mozart dedicated his first sacred composition, ‘God is Our Refuge’ (K. 20), to the museum. 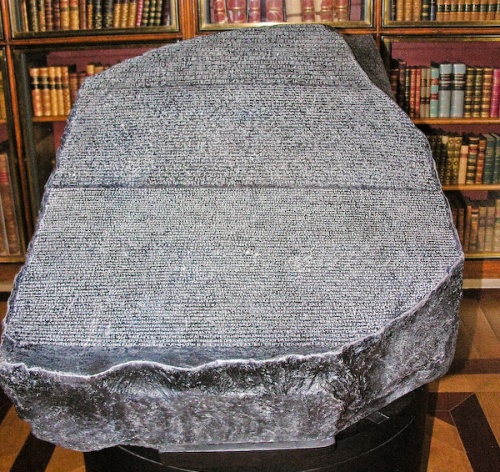 In 1823 the architect Sir Robert Smirke began building a new building in Greek Revival style to replace Montagu House as the museum's home. Smirke's new museum took 29 years to finish and was completed in 1852. The centrepiece of the new British Museum was the Reading Room, a huge domed chamber. The chamber is now encased in a striking glass-roofed Great Court designed by Sir Norman Foster.

By 1880 the British Museum collections had grown so large that the Bloomsbury site was not able to hold it all. The collection had to be split apart. New premises in Kensington were built to hold the natural history specimens. The new collection became the Natural History Museum.

The same thing happened with the British Museum's collection of books and manuscripts. Eventually, the collection became too large, and the British Library was formed to hold them.

In 1879 the Museum became one of the first public buildings in London to install electric lighting.

During World War Two most of the museum collection was moved to a bomb-proof tunnel in Aberystwyth, Wales. Large, heavy sculptures could not be safely transported to Wales so they were moved into the nearby Aldwych tube tunnel. Despite these precautions, a collection of 250,000 historic books was destroyed during an air raid in May 1940. 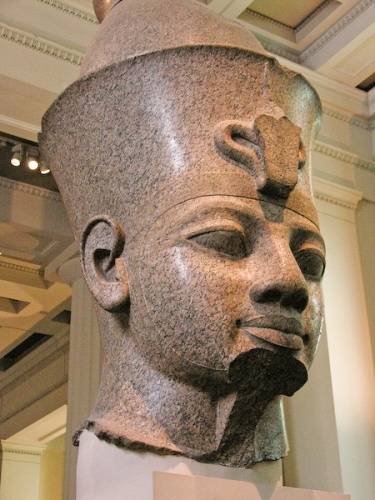 The largest section of the museum is devoted to Ancient Greece and Rome. Within this suite of galleries are some of the great treasures of the ancient world, including the Elgin Marbles, a collection of ancient Greek friezes taken from the Parthenon in Athens. Other classical treasures include sculptures from the Mausoleum of Halicarnassus and the Temple of Artemis at Ephesus.

Other ancient treasures include gold and silver from the city of Ur in Mesopotamia, and the Black Obelisk, a 9th-century BC Assyrian monument. From the Far East comes a huge collection of Chinese ceramics from the Ming dynasty and other periods of history.

As for Egypt, the British Museum holds the largest collection of Egyptian artefacts anywhere outside of Cairo. From mummies to sarcophagi, objects range from the pre-dynastic period to the coming of Christianity. 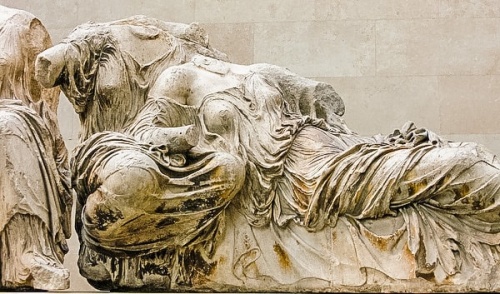 Figures from The Elgin Marbles

The most famous Roman artefact is the Portland Vase, a 1st-century glass vase that takes its name from the Duchess of Portland, who owned it in the 18th century. The Portland Vase was used as a model by Josiah Wedgwood for his jasperware vases. The vase was smashed in 1845 and painstakingly reassembled.

From the Pacific Islands come aboriginal art, weapons, and tools. The most striking single object is a huge statue from Easter Island known as Hoa Hakananai'a.

The British Isles are not forgotten; the museum holds treasures from the 7th-century ship burial at Sutton Hoo in Suffolk. a collection of early British coins includes a silver penny struck by King Offa of Mercia. See British watercolours, drawings, and prints including works by Turner and Constable. These are just a fraction of the vast collection of three million British prints and drawings, most of which is in storage at any given time.

Admission: Free, but there may be a charge for special exhibitions.

The nearest tube station is Tottenham Court Road. From the station exit turn right on the a40 then left on Bloomsbury Street. Take the first right onto Great Russell Street and you will see the museum entrance ahead on your left. Be prepared for security measures at the entrance. These measures, as well as the crowds of people that gather outside the entrance, can make it slow to enter and leave the museum.

The British Museum had its own underground station from 1900 to 1933 when Holborn Station opened 100 yards away. 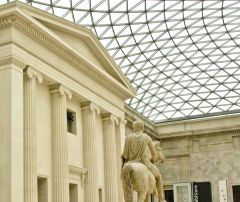 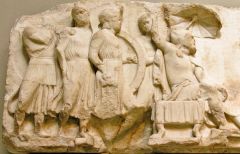 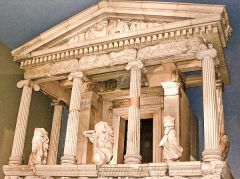 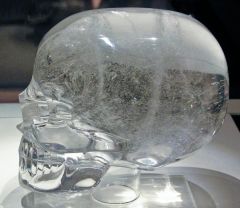 More self catering near British Museum