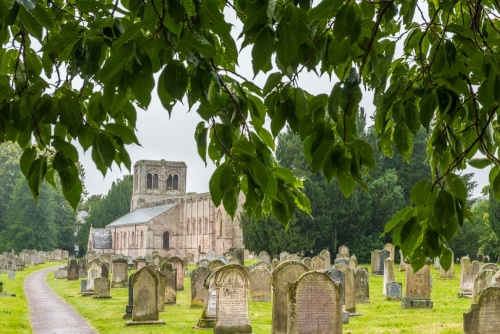 According to legend, in AD 635 St Aidan was travelling from his base at Iona to found a monastery at Lindisfarne on Holy Island in Northumberland. St Aidan crossed the River Tweed at a place called Ubbanford, which later became the village of Norham.

In AD 655 King Oswy established a monastery and Norham and when St Aidan's timber church on Holy Island was rebuilt in stone the original timber building was disassembled and brought here to Norham where it was rebuilt.

Around AD 830 Bishop Ecfrid of Lindisfarne rebuilt the timber church at Norham in stone. This 9th-century church probably stood east of the present building, where a clump of yew trees now stands in the churchyard. Another possibility is that the 9th-century church stood where the preaching cross on the village green now stands.

The Norham connection with Lindisfarne remained strong and in AD 875 monks from Holy Island fled Viking raiders, carrying the relics of St Cuthbert, and are thought to have rested for a time at Norham before finishing their long journey at Durham. 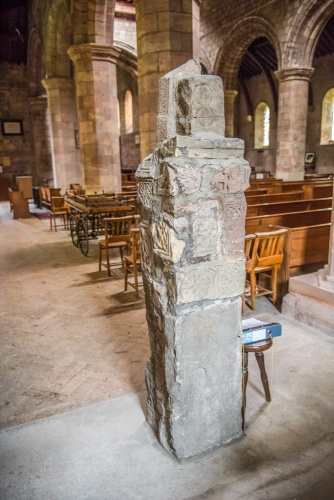 Later, the body of Ceowulf, King of Northumbria before becoming a monk, was brought from his burial place at Warkworth and reinterred in the church porch. Gospatric, the 1st Earl of Northumberland, was also buried in the porch after he died at Norham.

It is obvious from these burials that Norham occupied a very prestigious position amongst Northumbrian churches.

In 1082 the Bishop of Durham gave the 9th-century church at Norham to Durham Convent but in 1136 King David of Scotland destroyed the village, castle and church at Norham.

In 1291 Norham was the scene of high historical drama when Edward I accepted homage from all 13 contenders for the Scottish throne here. Edward had been asked to adjudicate between the rival claimants to the Scottish throne. He judged in favour of John Balliol, and in 1292 Balliol knelt in St Cuthbert's Church to pay homage to Edward for the throne.

In 1320 Robert Bruce besieged Norham Castle three times; in 1318, 1319 and 1322. He fortified the church and set up his headquarters here during the sieges.

The east end of the church was heavily damaged during the Scottish occupation and had to be rebuilt in 1340. It fell into decay after Border raids in the 16th century and stood roofless for over a century until it was restored again in 1619. 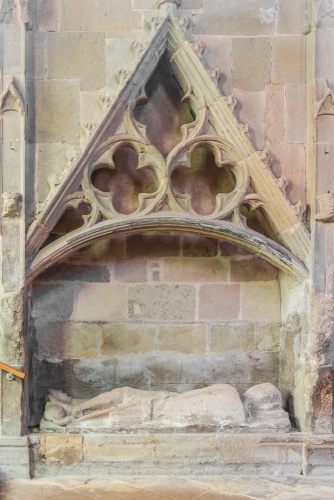 If you look at the exterior wall of the south-east corner of the chancel you will find holes made by musket balls. These are thought to have been made by Parliamentarian soldiers at target practice when Norham was occupied in 1648-49.

A final restoration took place from 1837-52 when the aisles, porch and west tower were built. One final addition was the clock, installed to mark Queen Victoria's Golden Jubilee in 1887. The clock was known as Charlie after Charles Taylor, who installed it. Taylor is buried at the foot of the tower.

Celtic carved stones discovered in the churchyard have been incorporated into a pillar beside the font. Here you will see at least two cross shafts and a fragment of a cross head. The carvings all date to the period between AD 820 and 950 and all bear elements of Anglo-Saxon and traditional Celtic design.

One carving depicts part of an Annunciation scene showing an angel with outstretched arms. Another shows a prancing animal with an interlace pattern made by the animal's tongue. Another carved fragment depicts a 'ribbon animal'; a motif common in Scandinavian carving. 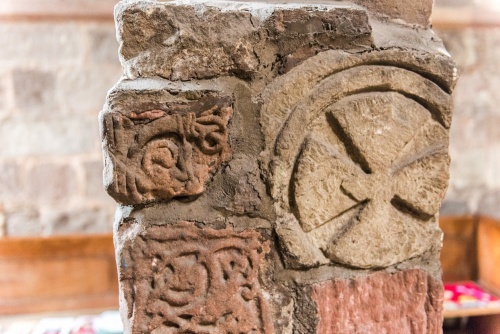 Three carved fragments on the pillar are of a later date. One is a cross face from the 11th century, another is part of a 9th-century grave cover.

A well-preserved 8th-century cross head was found in the garden of a nearby house in the 1980s. It is now preserved at the Fulling Mill Museum at Durham University.

The earliest parts of the church are the chancel, the south aisle arcade, the side wall foundations, and three pillar bases on the north side of the nave. All these date from the 12th-century rebuilding.

During restoration work in 1883 the effigy of a knight was discovered. This is now set against the south wall of the chancel, possibly its original position. The effigy dates to around 1300 but there is no suggestion of the knight's identity.

He is shown in a typical 14th-century pose with his legs crossed, resting on a lion. The effigy may represent Sir William Riddell of Tillmouth, who served as Sheriff of Northumberland and later as Constable of Norham Castle. He died in 1325. 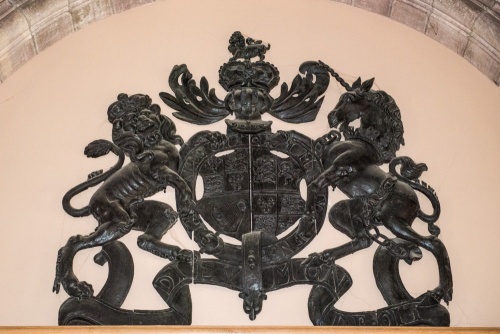 The font, made of Swinton stone and carved in Norman style, was installed in 1842. At the west end of the nave is a royal coat of arms to Charles II. The coat of arms originally hung in Durham Cathedral. The sculptor made a mistake with the number of unicorns on the royal crest, however, and as a result, this coat of arms has more lions than any other in Britain.

East of the organ is the oldest memorial in the church, a tablet commemorating Grace Selby of Twizel, who died in 1648. Look for the coat of arms with a Saracen's head in the centre.

The beautifully carved pulpit and Bishop's stall are 17th-century work and were brought to Norham from Durham Cathedral, a reminder that the connection between Durham and Norham is still strong after over 1,100 years.

Norham's church is a delight to visit. Its links to the past are palpable. Do take the time to explore the church if you come to Norham to visit the castle. 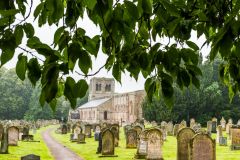 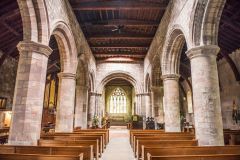 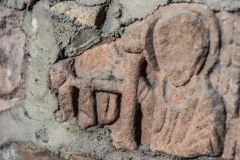 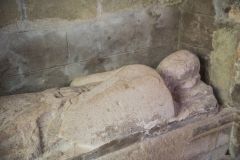 Self Catering near Norham