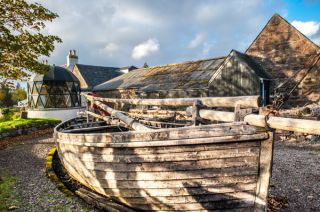 This attractive modern museum showcases life in the West Highlands, including a recreation of a traditional crofting cottage, and a schoolroom.
The museum traces the history of the Gairloch region through time, from the Stone age to the present day. There is a Pictish symbol stone on display, as well as locally built fishing boats and agricultural tools. See one of the largest lighthouses lenses ever developed by the Northern Lighthouse Board, once installed at Rudha Reidh lighthouse, and a display tracing the Gaelic language in the life of northern communities.

One of the most popular exhibits is a recreation of Farquhar Macrae's village shop in Melvaig. More than just a recreation of an old-fashioned shop, the exhibit actually contains boxed items that the shop had in stock, many from the early 1940s, including haberdashery and confectionery. Most of the shop fittings are original and evoke the bygone age of a small northern community.

The Gairloch Pictish Stone
The icon of the museum is the Gairloch Pictish Stone, the very first Pictish carved stone to be found on the west mainland of Scotland. It is carved from Torridian limestone, suggesting that it was made locally. You can clearly make out the outlines of a salmon and part of an eagle. The stone is classed as an early Class I stone, with an estimated date of the 5th-7th century. There are 2 versions of how the stone was discovered; the first suggests that it was found in 1948 during construction of footings for new houses in Strath.

The second tale is that it was discovered in 1871 near a large cairn, close to the current primary school. It was then moved to Flowerdale House, where it served as an outhouse step. By 1954 it was in the parish church, and in 1964 it was built into the churchyard wall. It was rescued in 1977 and presented to the Gairloch Museum. 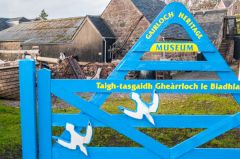 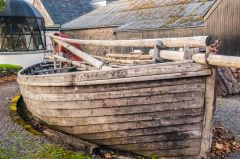 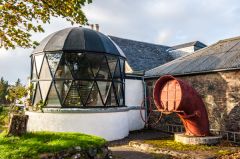 Nearby accommodation is calculated 'as the crow flies' from Gairloch Heritage Museum. 'Nearest' may involve a long drive up and down glens or, if you are near the coast, may include a ferry ride! Please check the property map to make sure the location is right for you.