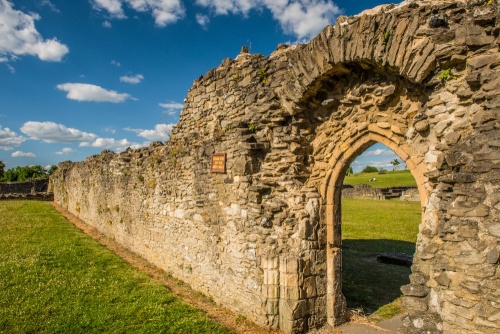 Lesnes Abbey is a 12th-century monastery founded because of a guilty conscience. The ruins of this medieval Augustinian abbey stand near the south bank of the River Thames, near a popular nature reserve on the eastern fringes of suburban London.

After the Norman Conquest of 1066 the estate of Lesnes was owned by Bishop Odo, half-brother of William the Conqueror and one of the most powerful men in Norman England.

Lesnes Abbey was founded by Richard de Luci in 1178. De Luci (or de Lucy) was Chief Justiciar of England under Henry II (roughly the medieval equivalent of the Prime Minister) and he may have founded the abbey in repentance for his role in the murder of Thomas Becket. The official dedication was the Abbey of St Mary and St Thomas the Martyr, which lends credence to the idea that de Luci was suffering from guilt over his involvement in Becket's murder.

The new monastery followed the Augustinian rule, and the first canons came from Holy Trinity, Aldgate, in London. De Luci resigned from office just a year after he founded the abbey, and retired to Lesnes where he died just a few months later. He was buried in the abbey's chapter house.

The founder's great-granddaughter, Roesia of Dover, was raised at Lesnes, and though she moved away to marry, she requested that her heart be buried at the abbey after her death. You can see a plaque marking the site of her heart burial in a side chapel of the high altar area of the abbey church. 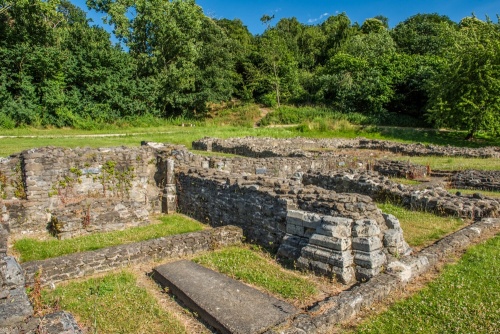 In 1381, during the turmoil of the Peasant's Revolt, a mob led by Abel Ker, a former soldier and resident of Erith, broke into the abbey and forced the abbot to swear an oath that he supported their cause. After he gave in to their demands they marched off to join the main 'army' marching on London.

The abbot of Lesnes was one of the largest landowners in the area, so he took a major role in draining the nearby marshes. He was also responsible for keeping the riverside embankments in good repair, and the combined cost helped keep the abbey in serious financial trouble for long periods. A visitation in the 14th century found many of the monastic buildings in a poor state of repair.

The abbey never grew to any great size and became one of the first monastic houses suppressed by Cardinal Wolsey on behalf of Henry VIII in 1525. At that time the abbey sustained just 5 canons under an Abbot. Wolsey granted the estate to his new foundation of Cardinal’s College, Oxford (now Christ Church College). The monastic buildings were destroyed except for the Abbot's own lodging, which served as a mansion for the manor of Lesnes. The rest of the site was robbed for building materials and the abbot's house was incorporated into a farmhouse.

In 1633 the last private owner of the monastic lands, Thomas Hawes, left the estate to Christ's Hospital in London in his will. 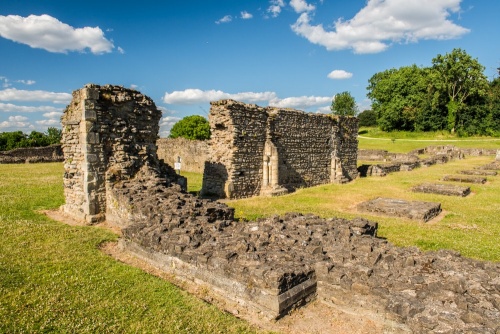 In 1930 London County Council bought the site and opened it to the public as a park. In 1986 control passed to the London Borough of Bexley.

Lesnes is home to a mulberry tree purchased by King James I in the early 17th century. The king was ken to establish a silk industry and reportedly planted some 30,000 mulberry trees. What the king and his advisors did not realise is that silk moths feed on the leaves of white mulberry trees, and the trees they purchased were black mulberry, so the whole project was a spectacular failure.

Only the foundations remain today of this scheduled ancient monument, but they give an idea of what this small abbey near the Thames must have been like. One odd feature is that the abbey church stood on the south side of the cloisters rather than the usual north. This may be because of the sloping site, with marshy ground close to the river.

Walls stand to a height of 2.5m (about 9 feet high) and are built from a mix of flint, chalk, and Kentish ragstone. The most obvious part of the ruins is the abbey church, which is laid out on a cruciform plan with the nave measuring 70m x 22m and the transepts 43m x 19m. The west range boasts foundations of a brewhouse, kitchen, and cellarer's store, while to the north is the frater. The east range includes a sacristy, parlour, chapter house, dorter undercroft, and warming house while in an extension to the north is the reredorter and abbot's lodging. To the east stands a separate infirmary.

Opposite the abbey ruins is a recreated Monk's Garden, built on the site of the post-medieval farm. The garden features plants that the medieval monks would have cultivated for their medicinal properties. Plants such as rue, rosemary, dill, chamomile, hyssop, and sage were used in a variety of treatments including infusions and poultices for maladies from indigestion to muscle aches. Rue could also be used as a holy water sprinkler during exorcism ceremonies. 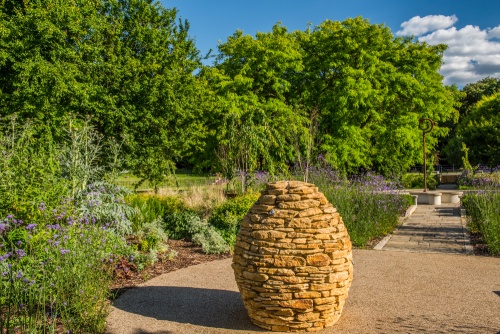 The abbey site gives access to a large area of woodland known as Lesnes Abbey Wood, created from the medieval monastic parkland. There are bluebell woods, ornamental gardens, formal terraces, and self-guided nature trails through a network of paths across the site.

Lesnes Abbey is extremely easy to reach from central London. Take the train from London Bridge rail station to Abbey Wood. There are regular services throughout the day and the journey is quite short - approximately 27 minutes depending on the time of day. Depending on when you read this you can also take the Elizabeth Line from Canary Wharf and it will take just 12 minutes. From the station entrance turn sharp right and take the stairs down to street level.

Go straight up Wilton Road and take the first left onto Abbey Road, which takes you under the A2041 overpass. Take the second right onto New Road and you will see the entrance to Abbey Wood on your left. From the park entrance just follow the footpath past the cafe at the top of the hill and you will see the abbey ruins immediately beyond. From the rail station, it takes no more than 10 minutes easy walk to reach the abbey.

If you are coming from outside London, the abbey lies about 8 miles from Junction 2 of the M25. Be aware that it isn't terribly well signposted and there is no dedicated parking area.

The abbey grounds are open to the public at any time. 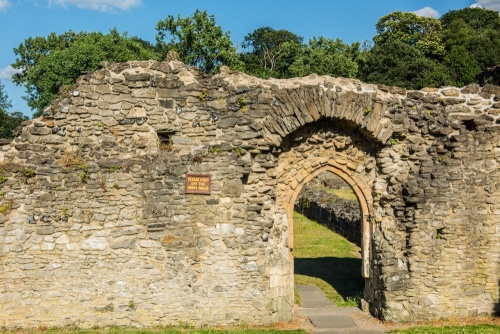 A wall and Gothic arch

I'm astonished that Lesnes Abbey isn't better known. The abbey ruins are easily as impressive as many more popular medieval monasteries, and it is an absurdly easy place to reach from central London. Maybe it is the fact that it lies in a London suburb, but it seems really odd that more people don't know about - or visit - this very well-preserved site.

To be sure, there are no soaring arches; little has survived of the abbey church, which must have been extremely impressive in its day. Most of the ruins are no more than foundation walls, though some walls still stand well over head height and there are several very nicely-preserved doorways and windows. 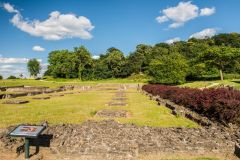 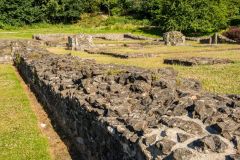 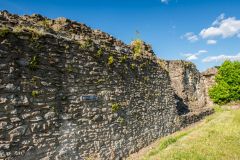 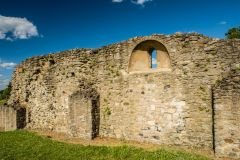 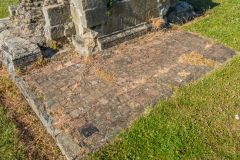 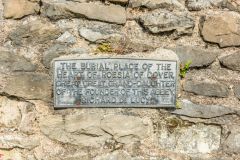 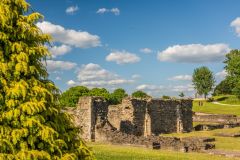 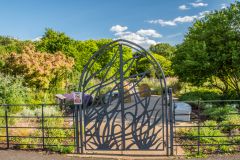 More self catering near Lesnes Abbey >>