HERITAGE HIGHLIGHTS:   The infamous Gunpowder Plot was hatched here ... or was it? 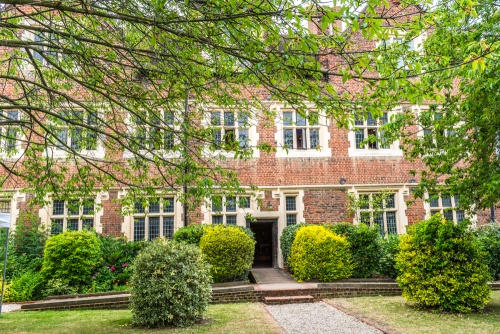 Owned by the National Trust, Eastbury Manor House is a superb example of a 16th-century merchant's house, dating to the Elizabethan period. The highlight of the interior is the collection of well-preserved 17th-century wall paintings. The house is set in small but enjoyable gardens.

The Gunpowder Plot at Eastbury

A local tradition suggests that the conspirators planning the Gunpowder Plot met at Eastbury Manor to devise their treasonous plans. Unfortunately, the story has been largely discredited by historians, though there is no doubt that the Plot had links to Eastbury.

At the time of the Gunpowder Plot, Eastbury Manor was rented by Lewis Tresham, brother of Francis Tresham and cousin of Robert Catesby, leader of the plotters. Tresham was also the brother-in-law of William Parker, Lord Monteagle. On the evening of 4 November 1605, Monteagle received an anonymous letter warning him to stay away from the Houses of Parliament the following day.

Monteagle passed the letter on to the authorities, who searched the cellars beneath Parliament and discovered Guy Fawkes with 30 barrels of gunpowder. Did Tresham warn his brother-in-law? It is certainly possible, but there is no evidence to support the claim. Author Daniel Defoe, writing over 100 years later, says that the plot was 'first contrived' at Eastbury and the plotters met frequently here to finalise their plans. 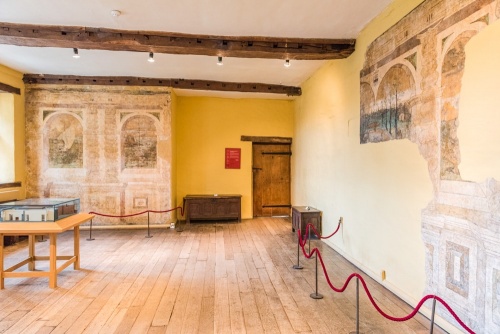 Another legend says that the manor house is haunted by the ghost of a young girl, but the spectre is only ever seen by female visitors.

The story of Eastbury Manor goes back to the 14th century. In 1331 Eastbury was recorded as belonging to the abbey of Barking. After the abbey was suppressed by Henry VIII the estate was granted to Sir William Denham. It passed through several owners over the next few decades until it was purchased by Clement Sysley, a wealthy merchant from East Ham.

In 1557 Sysley built the present manor house. The house was laid out in typical Tudor style, on an H plan with a square courtyard at the centre. The manor stood 2 storeys high with an attic storey above and a cellar below and was built of red brick, then a fashionable material. The red brick is embellished by diaper-work designs in grey brick.

At that time bricks were expensive to produce, so only the most wealthiest and most influential Tudor families could afford to build a brick house. Glass was also expensive, and it was unusual for a house to have glass windows. Yet every window in Eastbry Manor was glazed, another indication of the Sysley family's wealth and status.

Though it has now been swallowed up by the expansion of Greater London, Eastbury originally stood on an isolated rise of ground with views over marshland to the River Thames. The Sysley family maintained rabbit warrens and a house for the warrener who looked after them. The warrens were located where Ripple Road now runs.

During the 18th and 19th centuries, the house was rented out to tenant farmers, who allowed it to decay. One of the Tudor turrets was pulled down and the original timber floors and fireplaces were removed. By the late Victorian period, only the west wing was suitable for habitation. In 1914 it was requisitioned by the military and used as a factory for making observation balloons. It was used again during WWII, this time to house ARP wardens.

The house was threatened with demolition in 1918 when the National Trust stepped in and purchased the property. Since 1934 it has been leased by the Barking Borough Council, who use it as part of their Heritage Services. 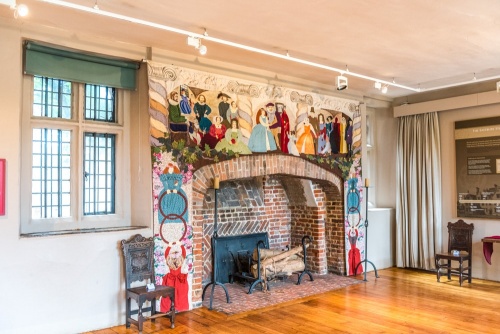 There is a regular programme of events, including family days, heritage days, historical re-enactments, and regular guided tours led by costumed guides in period dress.

The exterior of the manor retains its original appearance, such as the original 1570s rainwater heads. The west wing, used by the servants, has been restored, including the panelled servant's hall. Also in the west wing is an original oak staircase featuring beautifully carved oak newel posts. The stair leads up to an octagonal turret.

Another highlight is The Painted Room, so named for its surviving frescoes depicting a fishing scene. In the Long Gallery is a Tudor fireplace.

The Summer Parlour was a family room furnished with tables, stools, a chair, cushions, and paintings. It even had a carpet on the floor. By Tudor standards it was a comfortable room, with windows on three sides, including one looking over the family's walled garden. The studded wooden door to the Summer Parlour is original; one of the few Tudor doors to survive intact. As its name suggests, the Summer Parlour was used during the warmest months of the year, while in winter the family used the south-facing Winter Parlour. 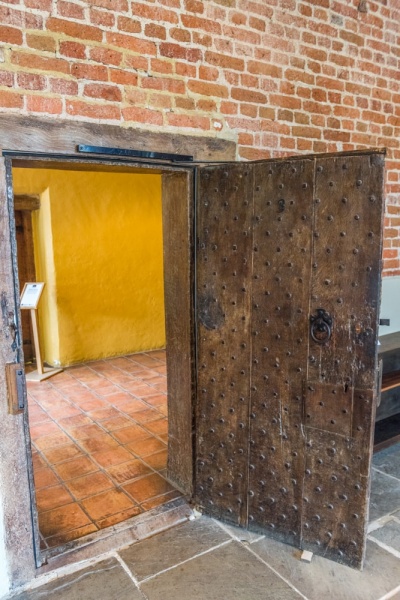 If you look closely at the exterior of the house entrance you will see a blocked slit window. This once gave light to a hidden space above the porch ceiling but below the floor of the chamber above. Historians think this space must have been Clement Sysley's muniment room, where he kept important documents such as his valuables and estate accounts, probably locked in a strongbox. This seems likely, because his will specically mentions an 'iron chest' that should only be opened in the presence of three keyholders, and the contents put 'to use of my said children'.

Behind the house is the Sysley family's private walled garden. Here you can see small niches built into the brick wall. These are original Tudor bee boles, made for holding a straw beehive called a skep. Bees were an important part of Tudor life; the beeswax was used for making candles and the honey for sweetening food and for making medicines. In the wall is a bricked-up doorway that once led to orchards and beyond to a fishpond and the River Mayesbrook

Access from central London is easy; Eastbury Manor is just a few hundred yards from Upney tube station, on the District Line. From the front of the station turn right and walk along Upney Lane until you reach Ripple Road (the A123). Turn right for one block, then left onto Tudor Road. You will see Eastbury Manor directly in front of you at the end of the road. From the station to the manor house is no more than 10 minutes easy walk. 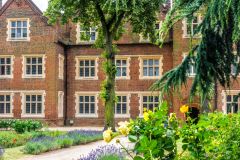 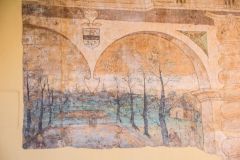 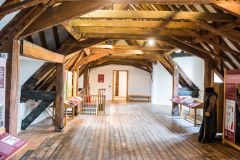 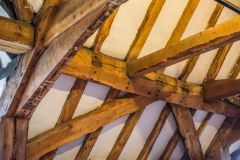 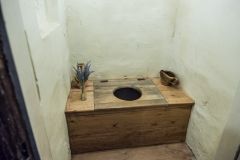