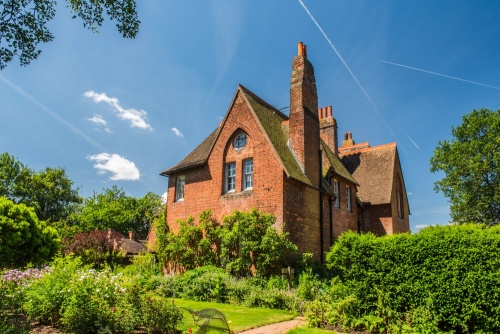 Red House was the home of Arts and Crafts Movement founder William Morris and his wife Jane. Not only did Morris live in Red House, it was built by architect Philip Webb to his exact specifications. Red House features lovely Arts and Crafts furnishings, including wall paintings and stained glass windows by Morris's friend Edward Burne-Jones.

The initial design for Red House was sketched out by Webb on the back of a map during a boat trip, and the finished building is a superb example of Arts and Crafts style. Morris saw a garden as an extension of a house, and he designed the gardens here at Red House to complement the interiors, or, as he put it, to "clothe" the house.

Morris asked Philip Webb, himself a leading figure in the Arts and Crafts Movement, to build a new house in Bexleyheath beginning in 1859, and he and Jane moved in the following year. He only lived at Red House for 5 years, but in that time he made the house a reflection of his philosophy in architecture and art, and a meeting place for the leading artistic figures of the day, including Dante Gabriel Rosetti, Edward Burne-Jones, and Ford Madox Brown.

Morris wanted Red House to be a 'Palace of Art', where he and his circle of artist friends could decorate the walls with scenes of medieval myth and legend. 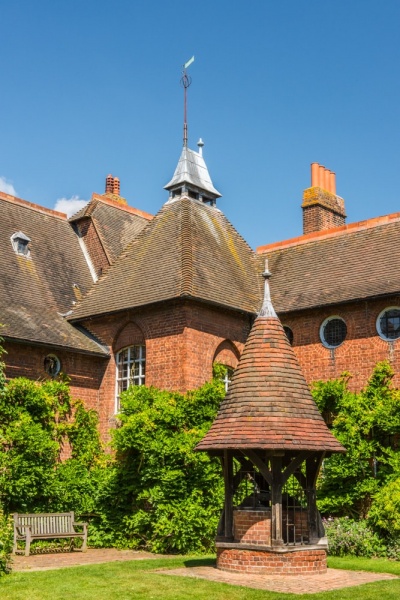 The picturesque well and house exterior

Morris's friends did far more than just enjoy his hospitality and paint the walls; they added their own touches to the house, painting ceilings and furniture, and adding artistic details based on an idealised version of medieval style.

Morris found it difficult to find furnishings for Red House so he decided to create them himself. To do this he founded 'the Firm', which became Morris and Company, to create wallpaper, stained glass, furniture, and textiles to his own designs. Morris and Company is still active today, producing goods modelled on Morris's original designs.

In the entrance hall is a large settle designed by Webb and decorated with a painting by Morris and Rosetti. Another highlight is a lacquered dresser in the neighbouring dining room. The dresser was designed by Philip Webb in a colour known as Dragon's Blood red, though the colour has now faded. Beside the dresser is an embroidery of Aphrodite, executed by Jane Morris and her sister Betty.

Look for examples of Morris' stained glass designs throughout the house. In the ground floor hall is a delightful window with Morris' motto 'Si je puis' (If I can) interspersed with yellow flowers.

The upstairs drawing room is dominated by a huge white settee designed by Morris with later additions by Philip Webb. Visible on either side of the settee are wall paintings the wedding of Sir Degravaunt from a medieval romance by Jean Froissart, the French chronicler. The murals were painted by Edward Burne-Jones as a wedding present for William and Jane Morris and must be some of the finest examples of Pre-Raphaelite art in England.

After Morris sold Red House in 1865 it passed through generations of private owners, and gradually the Pre-Raphaelite decoration became lost under layers of wallpaper, paint, and wooden panels. One of the lost pieces of decoration was a wall painting in the bedroom. 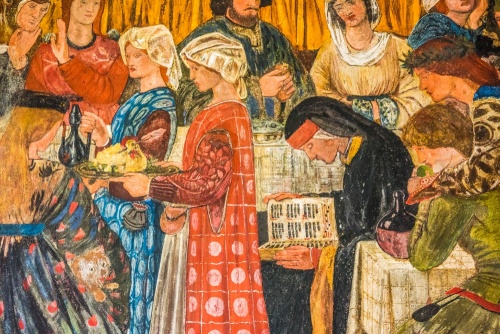 Red House became a hot news item in 2013 when a previously unknown wall Pre-Raphaelite wall painting was discovered in the bedroom. Conservation work has begun to reveal a painting probably executed by Morris and his artist friends, measuring 6ft by 8ft and covering an entire wall.

The painting shows Biblical figures including Adam and Eve with the serpent, Noah, and Jacob and Rachel. Beneath the images is a line of text from Genesis. It seems likely that each figure was painted by a different artist, though the theme was almost certainly by Morris himself.

It is well worth exploring the gardens. There is a small orchard, a croquet lawn, and a picturesque rose arch, creating a colourful walkway. The garden is full of colour and wonderful scent in the summer months.

Red House can be visited via guided tour in the morning (pre-booking advised) or by a free-flow entry in the afternoon (no booking necessary). We arrived in the morning and took one of the guided tours. The guide was extremely good, with an encyclopaedic knowledge of the house, the Morris family, and the Pre-Raphaelites in general. 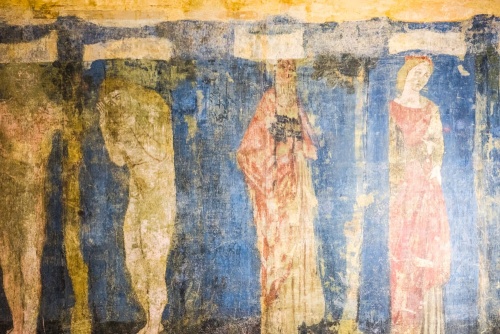 Red House is relatively straightforward to visit from central London, though you do need to prepare yourself for some walking! Take the train from London Bridge rail station to Bexleyheath. From the station exit turn left onto Avenue Road. You should see a small pedestrian sign pointing to Red House.

Follow Avenue road to its junction with Broadway, cross Broadway, turn left, and then right onto Upton Road. Red House Lane is the third turning on your right and the entrance to Red House is on the south (far) side of the road. It is about 15-20 minutes walk from the station to the house.

It is roughly the same distance from Red House to the stately home of Danson House, set in Danson Park to the west If you are really feeling energetic (we were) you can enjoy a very pleasant walk from Red House, through Bexleyheath village, to the Tudor mansion of Hall Place, to the east. 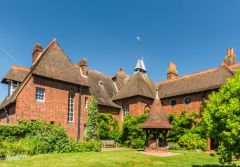 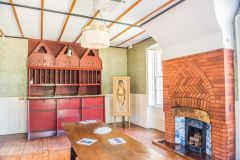 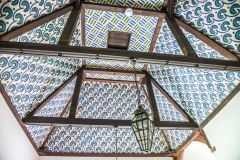 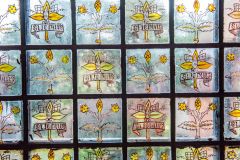 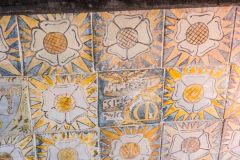 More self catering near Red House >>