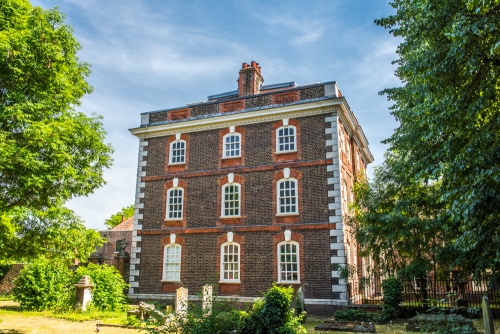 Rainham Hall is a brown and red brick Georgian townhouse on the eastern fringe of Greater London, built in 1729 for Captain John Harle, who used it as a residence but also as a showcase to display the high-quality interior furnishings that he sold.

The Hall is a three-storey house in Dutch style, under a tile roof, entered through a classical doorway of Corinthian pilasters. Behind the house is a tranquil walled garden.

The appeal of Rainham Hall is the elegant, though not extravagant, Georgian interior decoration, including panelled rooms, a carved wooden staircase, 18th-century plasterwork, Delft tiles in the fireplaces, elegant ironwork railings and gates, and trompe l'oiel painted walls. And if you ask the volunteer guide politely, they'll open a dumb-waiter, hidden behind panelling.

John Harle was born in South Shields and had a successful career as a merchant and sea-captain. Perhaps his best business decision was to marry a wealthy widow named Mary Tibbington in 1718. With the help of Mary's money, Harle bought Rainham Wharf. He had the River Ingrebourne dredged, allowing trading vessels to sail up the river from the Thames, unloading their goods at his wharf. 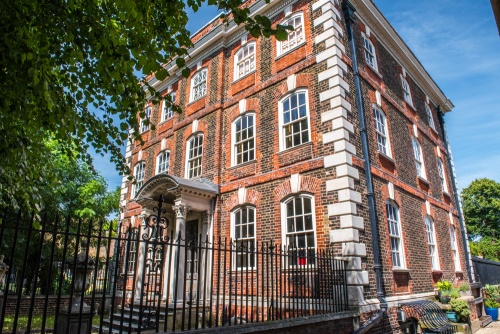 The house from the south-east

The intricate wrought-iron railings outside the house depict the intertwined initials of John Harle and his wife Mary. The quality of workmanship is remarkable, leading one guidebook to suggest that they were crafted by Jean Tijou, who is famous for the gates he designed at Hampton Court Palace.

One of the most interesting items on display is John Harle's last will and testament, which he signed on 27 February 1741, a year before his death. According to the will, Captain Harle left his estate to his son and named his second wife as his executor.

The estate included not only Rainham Hall and its outbuildings and land, but Rainham Wharf, barges, and boats. Captain Harle is buried in the neighbouring church of St Helen and St Giles (though when we visited the church was locked).

The Harle family held Rainham Hall until 1895. After the last Harle owner died the house fell into disrepair. In 1920 it was bought by Colonel Herbert Mulliner, who used it to display his collection of English pottery and furniture. It was requisitioned by the military during WWII, and from 1943-54 it served as the home of the Rainham Day Nursery. It was given to the National Trust in 1949, in the middle of the school's tenancy. 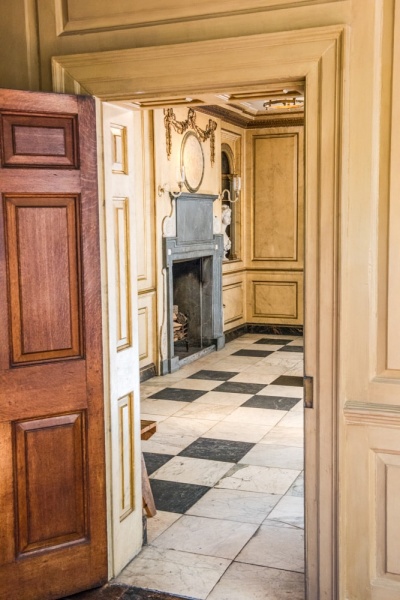 Rainham Hall is not a stately home like many popular National Trust properties, but a comfortable Georgian residence. Rather than restore the property and open it to the public, the Trust initially leased it to a succession of tenants. It was not until 2015 that the Hall was finally restored and opened to the public.

Because the Hall has had so many tenants and been put to so many uses over the centuries, there is no collection of historic furniture or family objects that you might see if the house had been the property of a single-family for all that time. The Trust, therefore, decided to illustrate different time periods in the Hall's history each year.

For example, when we visited the Hall was hosting an exhibition on the Rainham Day Nursery, with photos of the children and recordings of their memories of their time at the school. The kitchen was decorated as it might have been when the school was operating.

Next to the house is a Grade II* listed stable and a lodge, now used for a National Trust cafe and visitor centre. Behind the house is a two-acre garden, including a small orchard. 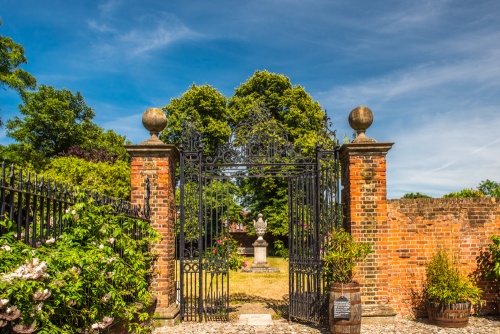 For years I put a visit to Rainham Hall on the back-burner because it seemed so far from central London that I imagined the trip would be long and tedious. How wrong I was! Rainham is incredibly easy to get to and is only 20 minutes by rail from London Fenchurch station. That's much, much faster than taking an underground journey across the city itself. There are regular trains to Rainham, and it really is simplicity itself to reach the Hall from the station.

From the station entrance simply walk straight ahead on Ferry Lane to Wennington Road (the main road through Rainham village). Turn left and you will see Rainham Hall opposite, beside the churchyard. From the station to the Hall will take all of 60 seconds.

You will often see Rainham (wrongly) listed as being in Essex. Just to clear up any confusion, the town was historically part of Essex but has been a part of Greater London since 1965. It is now administered as part of the London Borough of Havering. And just to avoid further confusion, don't confuse this town of Rainham with the town of Rainham in Kent, near Gillingham. 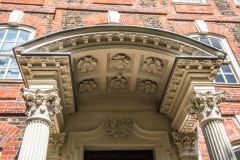 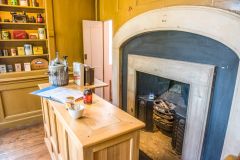 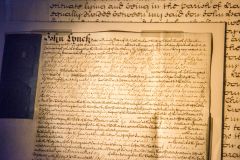 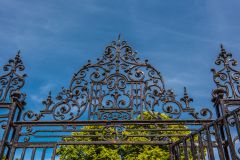 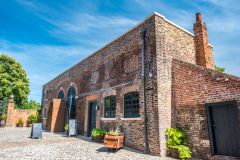 More self catering near Rainham Hall >>