See Exeter from an entirely different perspective ... explore under the streets in the 14th-century vaulted tunnels constructed to house lead pipes for fresh water.

The tunnels had a simple purpose; to bring fresh water into the city of Exeter from natural springs in fields outside the city walls. The water was carried in lead pipes, as the health risks of lead poisoning were not understood in the medieval period.

Then, as now, pipes will sometimes spring leaks and need to be repaired. The medieval citizens of Exeter were no fools and decided that to make maintenance of the water system easier, the pipes would be run through a system of vaulted tunnels, with access points allowing workers to repair pipes without the need to dig up large sections of the city's busy streets.

The first passage was begun in 1346, to bring water to Exeter Cathedral. The pipes terminated in a fountain in the cathedral close, and the fresh water was used by the Cathedral clergy. The construction of the passages coincided with the last phase of work on the Cathedral's imposing west front, so it made sense to send the experienced masons working on the church underground to apply their skills to the stone-lined water supply passage. In 1492 a second phase of building began. This tunnel is known as the City Passage, for the simple reason that it was meant to bring fresh water to the residents of the quickly expanding city of Exeter. The wealthy city merchants wanted a supply of water for themselves, so they would not be reliant on the Cathedral's supply. And, of course, creating their own tunnel was a statement of their wealth, prestige, and independence from the Church.

Only a few of the wealthiest citizens could afford to have water piped to their houses. Everyone else relied on The Great Conduit, a huge fountain at the junction of High Street and South Street. The fountain is no more; it was destroyed in the 18th century.

The water system worked on a syphon theory; that is, the route was not a steady slope downhill but relied on the bottom being lower than the source. This would cause problems over time, as the water did not flow at a rate steady enough to prevent a buildup of stagnant areas, and this was liable to cause disease, as we shall see.

In the Civil War, a section of tunnel was blocked off so it could not be used by soldiers trying to sneak into the city. The lead pipes were torn out and melted down to make bullets, and the tunnels were filled in. However, at the end of the War, the water system was rebuilt and the tunnels reopened.

In 1832 an outbreak of cholera forced the Board of Health to redesign the water supply. They replaced the lead pipes with cast iron and levelled out the tunnels to improve water flow. They also changed the source from springs to a water treatment plant at Pynes Hill.

The end came in 1857 when a well was damaged during construction of a railway line. The tunnels fell out of use and were largely forgotten until WWII when a part of the tunnel was used as an air-raid shelter during German bombing raids on Exeter. The first tours of the tunnels took place in 1933. Those first tourists must have had an interesting time, for there were no lights underground!

Today's visitor has life a lot easier; there is a modern visitor centre with a very good museum and a short film that tells the story of the passages before you venture underground in the company of a guide.

Astonishingly, roughly 80 percent of the original medieval passages are still intact. The remaining sections stretch 425 metres, much of it under the busy High Street.

If you suffer from claustrophobia, don't even think about taking a tour! The tunnels are cramped, and even for a skinny chap like me, it was a tight squeeze in places. The tunnel floor was sometimes wet, as were the walls, and we definitely needed our hard hats to avoid bumping our heads on projecting bits of stone and rock.

But don't let all that put you off! The tunnels were wonderful; a real glimpse into the history of Exeter. The guide was excellent, and the museum area had a wonderful collection of hands-on displays that helped convey why the tunnels were necessary and how the water-supply system worked. 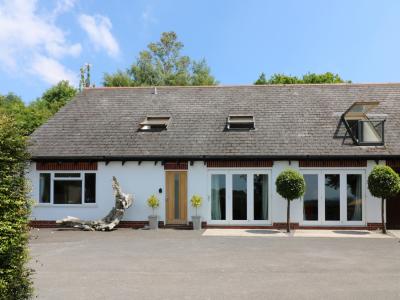 This charming semi-detached cottage is tucked away in the Devon village of Doddiscombsleigh near Exeter and can sleep eight people in four bedrooms.
Sleeps 8 This stylish barn conversion is close to the cathedral city of Exeter and sleeps up to 4 people in two bedrooms.
Sleeps 4