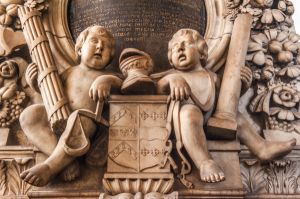 An unexpected medieval and 18th-century treasure in a corner of Exeter's Cathedral Close, St Martin's dates to the 11th century. The first church here was dedicated in 1065, the year before the Norman Conquest, by Bishop Leofric, who also founded the nearby cathedral. Signs of the original Saxon stonework can still be seen in places.

The church interior features an 18th-century stone reredos, with box pews and a west gallery of the same age. The interior is dominated by large memorials, including one to Philip Hooper, the benefactor responsible for the striking reredos. Many other 18th and 19th century monuments were brought to St Peter's from St Paul's church when the latter was torn down in 1936.

Other notable features are the painted coats of arms on the gallery, among them those of Jonathan Trelawny, Bishop of Exeter, Bristol, and Winchester, who was famously imprisoned by King James II for libel.

Trelawny objected to James's 1687 Declaration of Indulgence, which granted religious freedoms to Catholics. He was gaoled and tried in London, but acquitted of all charges. His tale was immortalized in the Song of the Western Men, with the words, 'and shall Trelawny live, or shall Trelawny die?'.

The font is unusual in that it has a small second basin built onto the stem. The font seems to have been built of two different types of stone, at two distinct time periods. There are surviving heraldic panels of medieval glass in the south side of the nave and in the west window. The south window was the gift of Bishop Lacy (1420-1455), and glass panels depict his symbol of three 'shovellers heads'.

Though it was located very close to the Cathedral, the parishioners of St Martin's had their own traditions and sense of community. They had a parish fire engine, kept in a shed beside the church.

They also had a long-standing tradition of 'beating the bounds', where on Ascension Day they would walk around the parish boundaries, carrying rods with which they would hit the boundary markers. The procession was led by a 'captain' festooned with ribbons.

One of the most obvious features of the church is that it does not align with the nearby streets; the nave was probably built before the present street system was established, and the site was so irregular that the church was at an angle and the tower had to be built on land belonging to the Dean and Chapter of the Cathedral. The parishioners paid an annual rent to the Cathedral of 1s8d until 1931.

St Martin's is an oasis of calm, a peaceful place to sit and let the bustle of the Cathedral Close die away. The most intriguing feature for me was the wonderful collection of memorials on the walls. The ornate monument to Judith Wakeman (1643) is a symphony of gilding, and the Codrington memorial (1801) is a wonderful piece of 19th-century sentimentality. 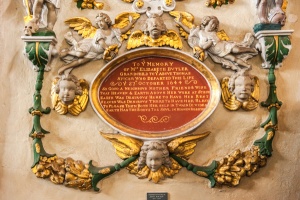 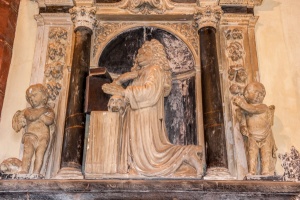 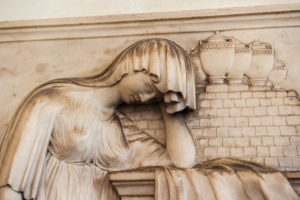 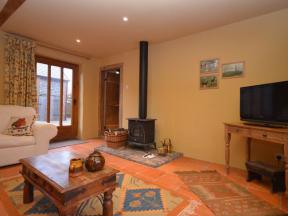 Offering a peaceful haven this lovely property is just a short drive from Exeter Exmouth and Sidmouth. You can enjoy a host of beautiful beaches and coves along the glorious …
Sleeps 4 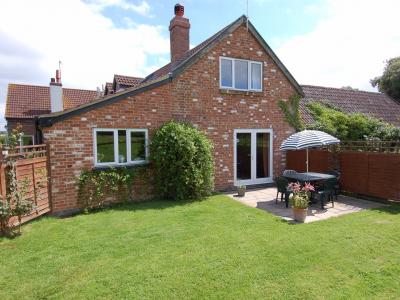 This smart cottage is well placed for exploring East Devon and sleeps up to 4 people in two bedrooms.
Sleeps 4