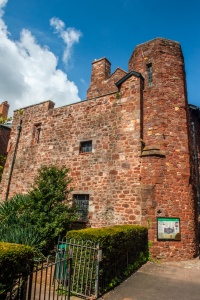 In 1068 William the Conqueror gave St Olave's church in Exeter to the monks of Battle Abbey, which he had founded in gratitude for his victory over King Harold at the Battle of Hastings. The monks of Battle sent some of their number to Exeter to administer their new property. In 1087 the monks built a new priory, dedicated to St Nicholas.

Over the next several centuries the priory accumulated more land and built a range of monastic and domestic buildings. Among the latter was a guest house to offer accommodation to important visitors and pilgrims.

When Henry VIII dissolved the monastery in 1536 most of the monastic buildings were destroyed, including the chapter house range, cloisters, and the church. The domestic buildings survived, however, and were sold into private hands by the crown. During the following century, part of the domestic quarters was converted into a fashionable Tudor townhouse. 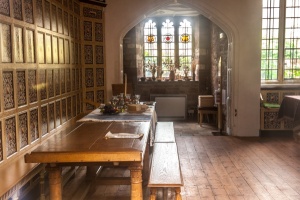 Over time the Tudor building was subdivided and altered, serving both as a dwelling and as shops. In 1913 the city government bought the Priory and restored it as a public museum. The focus of the museum was originally on its medieval origins, but more recently the Priory has been restored once more and now reflects its history as a Tudor house.

Highlights include the medieval kitchen, rebuilt in the 15th century but now laid out as it would have been during the Tudor period. Then there is the parlour, still with its original plasterwork ceiling.

While the plasterwork is original, the oak panelling is reproduced, using an authentic Tudor pattern and hand-made paint. The lobby also retains its original plaster ceiling, where you can see the initials M, W, and H, for William and Mary Hurst. The Hurst family arms can be seen in the centre panel of the window.

Over the parlour is a chamber for guests, with an arch-braced 15th-century timber roof and a 15th-century garderobe in one corner. Also on the first floor is the Great Chamber, where the Prior entertained important guests. The chamber retains its 15th-century timber roof, oak screen, and fireplace, and you can still see traces of painted arabesques in several places around the room. 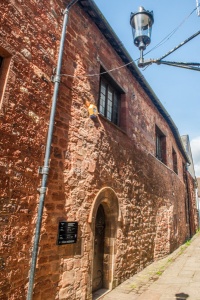 The Norman entrance
on The Mint

The oldest part of the Priory is the vaulted cellar, built around AD 1100 and used by the Cellerar of St Nicholas Priory to store food. The cellar is supported on 2 huge Norman pillars, which rise to diagonal ribs, one of the earliest uses of this type of vaulting in England.

The Priory is furnished as it would have looked in 1602 when it was home to the Hurst family. It is furnished in late Tudor style, though the furniture is largely reproduction. Items from the city's collection of historic artefacts are used to bring the Tudor period to life. It is administered as part of the Royal Albert Memorial Museum.

The city has done a lot to make the history of the Priory more accessible and interesting. Children will enjoy the chance to put on period costumes and try their hand at Tudor games and toys. The Priory is a bit of a hidden gem, tucked away up a lane off Fore Street, but it is located only a short walk from the city centre and is reasonably well signposted. It is usually open one afternoon a week. 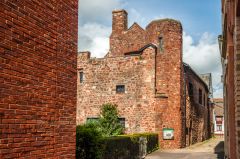 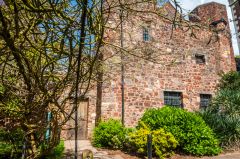