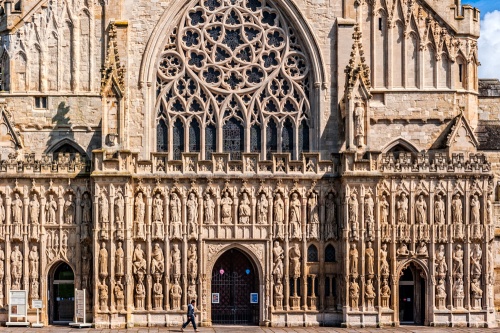 The west front of Exeter Cathedral

Exeter is one of the most interesting historic cities in Britain, with a blend of medieval remains, a superb Gothic cathedral, remnants of a Roman settlement and medieval walls, and a fascinating network of underground tunnels begun by the Romans and extended during the medieval period to bring fresh water into the city.

When the Romans invaded Britain in AD 43 they established their power base in the south east of the country. It was not until 7 years later in AD 50 that they arrived on the banks of the River Exe, in what is now Devon.

They built a timber fort on a hilltop overlooking the lowest crossing point on the river. In AD 75 the fort was abandoned, and a new town began to grow on the site of the former fort. The new town was called Isca, from the Brythonic (early Celtic) word for flowing water.

The town developed on normal Roman lines, with a forum, public baths, and basilica. Isca developed into the major administrative centre for the south west of Roman Britain. They surrounded their town with a sturdy stone wall.

After the Romans departed Britain in the early 5th century Isca seems to have been abandoned, though there may have been a few families still dwelling within the old Roman walls.

The next big change came in the 7th century, when the Saxons settled in Devon and established a monastery inside the city walls. They called their new settlement Exe Ceaster, loosely 'Exe town'. In time the words merged to their current form, Exeter. 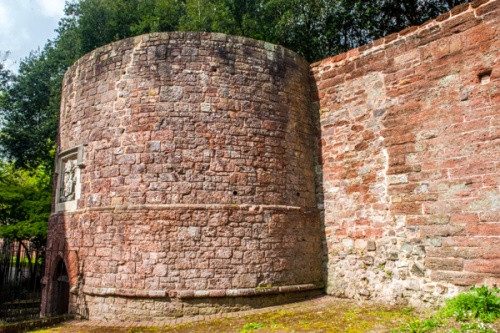 The Saxon settlement was captured by Danish invaders in AD 876, and the Danes used the town as a springboard for further conquests in the south west. Alfred the Great defeated the Danes and made Exeter one of his new series of fortified towns, or burghs. Each burgh became a centre for commerce, with a market and its own mint. Like many other burghs, Exeter was carefully planned, with a network of streets and plots of land between them.

The burgh established by King Alfred flourished, and Exeter expanded in size. A fresh wave of Danish invaders tried to capture the town in AD 1001 but were repelled and eventually left when reinforcements arrived. Worse was to come in 1003 when a reeve of Exeter betrayed the town to the Danes. The town swiftly rebuilt and by 1066 it had a population of around 2500, a very large settlement by the standards of the time. Exeter's importance was underlined in 1050 when the Bishop of Devon moved his seat from Crediton to Exeter and began building a new cathedral.

Exeter rebelled against the William the Conqueror in 1086. The Norman king besieged the city, which only surrendered when William swore not to exact vengeance for the rebellion. He was true to his word, but to ensure that the locals would not rebel again he built a new castle on a hill overlooking the city.

The hill was known for its red rock, so the castle became Rougemont Castle, from the French for 'red hill'. Rougemont Castle saw action in the Civil War between King Stephen and Queen Maud in 1136 when the king's forces besieged the castle. The garrison held out until they ran out of water to drink. 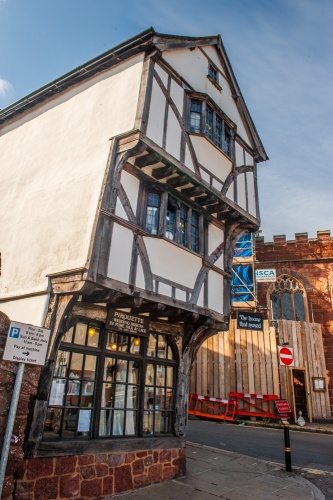 The 'House that Moved'

The wealth of medieval Exeter was built on wool. The city became a centre for fulling, the process of pounding the woven cloth with hammers to clean it and produce a thick, hardy finish. Rack Street takes its name from racks used for drying the treated woollen cloth.

A marshy area below the city walls was drained by digging water channels, or leats, and fulling mills sprang up along the channels. One of those fulling mills, though very much altered over time, still stands at Cricklepit, near the quay.

Exeter's vital trade began to suffer in the late 13th century when the Countess of Devon built a weir 3 miles further down the river. Ships could no longer reach the quay and had to unload their cargo at Topsham.

This process continued throughout the following century, with merchants building weirs to further their own ambitions, but as a result, Exeter's trade suffered. It was not until 1566 that a canal was dug to allow ships once more to sail up to the Quayside to unload their cargo.

Exeter was besieged during the Prayer Book rebellion in 1549 but the rebels were repelled. Worse was to come in the Civil War when a Royalist army laid siege to the city in June 1643. The city held out for over 2 months but finally surrendered. It was not until early 1646 that Parliament recaptured the city. 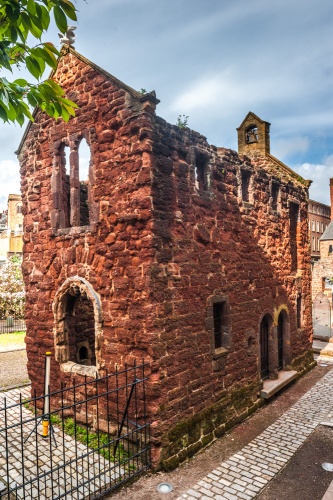 The woollen industry and tanning trade that had made Exeter so prosperous declined gradually from the 19th century, but reminders of Exeter's historic importance are everywhere, from the 17th century Custom House on the Quayside (the first purpose-built custom house in England), to Tucker's Hall, built in 1471 for the powerful Guild of Weavers Fullers and Shearmen.

Perhaps the most fascinating historic building is the Guildhall, used for city government for over 60 years. Though the present building dates to around 1593, there has almost certainly been a guild hall on the same site since around the year AD 1000. That would make the Guildhall the oldest civic building in England still in use.

Exeter Cathedral is a largely 13th century building, and one of the finest examples of early Gothic style in the country. The cathedral offers the longest uninterupted vaulted ceiling in England, and the carving throughout the interior is superb.

Explore the vaulted 14th century underground passages constructed to hold lead pipes for the city's fresh water, or learn about 2,000 years of the city's history in the Custom House Visitor Centre.

An excellent way to learn about the city is in the company of a Red Coat guided tour host. These free 90-minute walking tours commence at the Quay House or outside the Royal Clarence Hotel in Cathedral Yard. 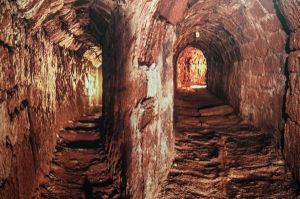 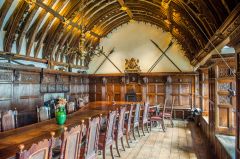 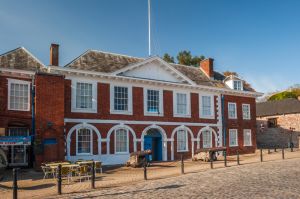 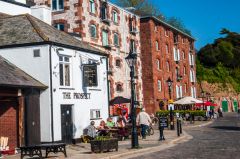 More self catering near Exeter

More bed and breakfasts near Exeter