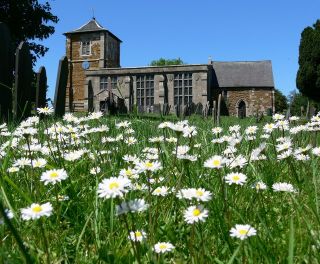 Dalby is an extended hamlet in the North York Moors National Park, at the edge of a large wooded area managed by the Forestry Commission. Dalby Forest Drive is a lovely, winding drive through the forest, which includes the opportunity to visit the strange rock formations known as The Bridestones. Dalby is easily reached from Scarborough or from Helmsley.

There is a modern visitor centre at Low Dalby (postcode YO18 7LT) with information on activities, maps, and brochures on cycling trails and signposted walks. The woods are widely used for recreation, with mountain bike trails being particularly popular.

The route through Dalby Forest is a toll-road with payment kiosks at both ends, though parking is free within the forest. Having said that, when we drove through the Forest the kiosks were unmanned, and no one was there to collect tolls, so we explored the Forest without having to pay a fee. Don't count on that happening every time, though!

UPDATE
There is now an automated payment system, allowing you to pay by mobile phone, with CCTV cameras that record the license plates of all cars passing through the park.

Though the forest has been inhabited since at least the Bronze Age, the village of Dalby itself is relatively modern; it grew out of a work-camp programme initiated in the 1930s, putting young unemployed men to work clearing trackways through the woodland. The camp was meant to toughen up men who had been out of work for long periods. The camp closed down before WWII, but the village loosely follows the same layout.

The Forestry Commission runs a programme of recreational events throughout the year, including camping and walking outings.

The best way to reach the Dalby Forest Drive is off the A170 at Thornton-le-Dale. 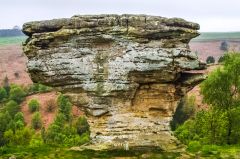 More self catering near Dalby >>

More bed and breakfasts near Dalby >>