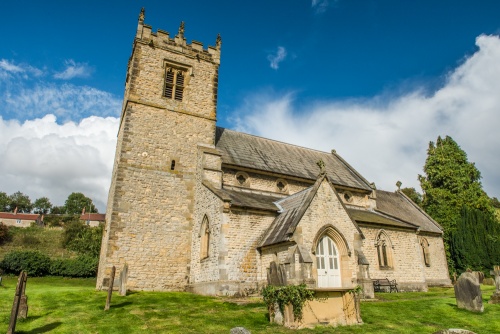 Stonegrave is a small village in Ryedale, just south of the North York Moors National Park. On the B1257 at the western edge of the village stands the parish church of Holy Trinity, more commonly known as Stonegrave Minster.

The moniker 'minster' gives a hint as to the church's ancient origins. In the Anglo-Saxon period, a minster was a mother church for a region. Several such churches were built in and around Ryedale in the 7th century by Irish missionaries.

The first written record of a church in Stonegrave comes from the year AD 757, when Pope Paul I sent a letter to Eadbert, the King of Northumbria, demanding that he return the monasteries at Coxwold, Jarrow, and Stonegrave, by which we can assume that Eadbert had taken them for his own. 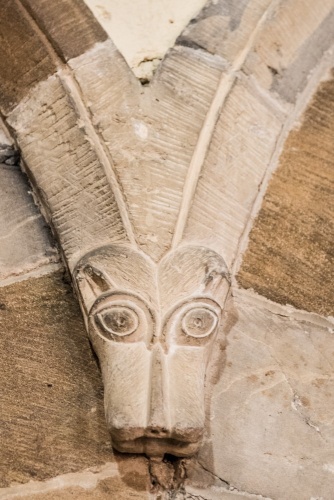 The only remnants of the Anglo-Saxon church are a section of stonework in the base of the nave wall, and a Celtic cross now standing near the south door. This cross was probably erected in the churchyard but was later built into the chancel wall. It stands on an Anglo-Saxon coffin lid of the same period.

The cross probably dates to the 10th century. It has traditional Celtic interlace decoration but is unusual in that it has sculptural panels depicting Biblical scenes. One panel depicts the Ascension, while another shows one of the evangelists holding a book. Near the cross are several other carved stone fragments from the same period. One has a carving of a bird perched atop a lamb. 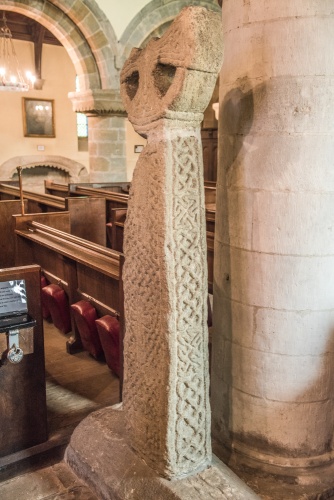 The church was rebuilt in the Norman period, beginning around 1141 when the manor was transferred from Hexham Abbey to William de Stonegrave. This first stage of Norman building added an aisle and chapel on the north side of the nave. The chapel was later extended to make the north aisle the same length as the nave. The tower was begun in the 12th century and rebuilt in the 15th century.

The 15th-century church remained relatively unaltered until 1862 when the entire building was dramatically restored in Neo-Gothic style. During this restoration, two areas of wall paintings were uncovered.

One, on the south aisle wall, showed a head with the inscription Sta Maria Salome. Another mural depicted the devil putting St Lawrence on a gridiron. Sadly, both paintings were swept away by the Victorian restorers. They also buried a Saxon font under the church floor near the new one. It sounds like the Rector later regretted his decision to bury the font, writing that it was 'a barbarous proceeding on my part'. 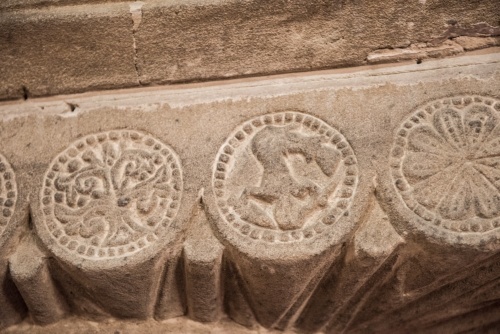 Upside down carving of a mermaid

Highlights inside the church include carved capitals in the nave. One scalloped capital has a carving of an upside-down mermaid combing her hair while holding a mirror. Look for carved Saxon figures of two animal masks. Supporting the 15th-century clerestory are ten stone corbels. One corbel on the north wall is carved with an angel holding a heraldic shield with the arms of the Thornton family of East Newton.

The chancel screen dates to 1637 and the screens separating the vestry from the chancel and the north aisle are from the same period, as is the pulpit. 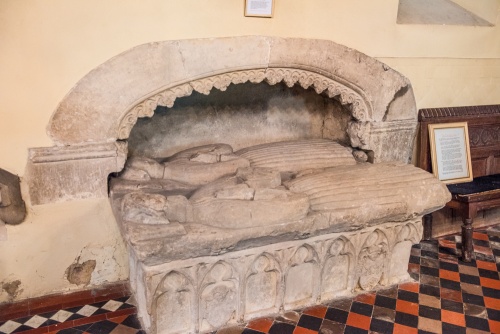 In the north aisle are two tomb niches. One of the niches is modern but it holds a 13th-century tomb thought to be that of Sir John de Stonegrave (d 1295). Sir John was the last of his line.

The second tomb recess was built in the first decades of the 15th century and is decorated with the Thornton family arms. The recess has stone corbels of a king and queen, thought to represent Henry V and Queen Katherine. Inside the recess are two effigies, thought to depict Robert Thornton (d 1418) and his wife.

Set into the chancel floor is a grave slab in memory of Thomas Comber, a Rector of Stonegrave and Dean of Durham (d 1699). Comber married Alice Thornton and was known for writing several defences of the Church of England. 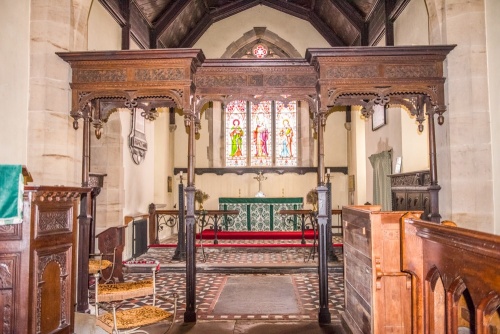 On the north chancel wall is a memorial brass in memory of William Comber, son of Thomas and Alice, who died in 1702, and his wife Alice (d 1720). Another brass on the south wall commemorates his mother, who died in 1672.

Stonegrave Minster is on the south side of the B1257 in Stonegrave village. you have to turn off the road onto a narrow lane, where there is space to pull over onto the verge. From there you can see the Minster church straight ahead. The church is normally open to visitors daylight hours and was open when we visited. 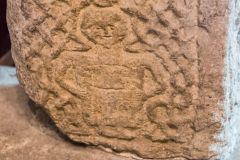 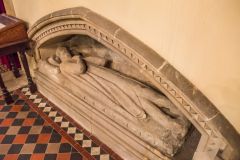 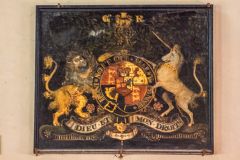 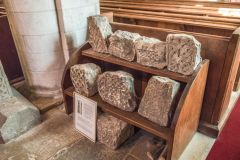 More self catering near Stonegrave Minster