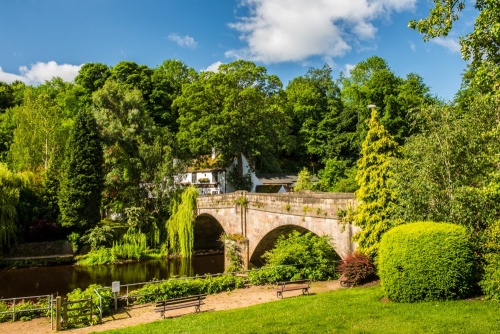 Knaresborough is a sizeable town on the River Nidd, just east of Harrogate. The most prominent historic building is the 14th-century castle, a grim keep where Richard II was imprisoned in 1399. Across the river is Mother Shipton's Wishing Well, associated with the 16th-century prophetess who is said to have been born in a nearby cave.

The Yorkshire tourist board, which might be forgiven for indulging in a little hyperbole, call Knaresborough 'the Ultimate Holiday Destination'. While that title is open for debate, there's no doubting that Knaresborough has a lot to offer, including a wealth of historic buildings and a history going back to at least the 5th century.

Around the year 1100, a Norman baron erected a fortification on top of a high cliff over the River Nidd. Henry I strengthened the fortifications around 1130. In the aftermath of the assassination of Thomas Becket in 1170 one of the killers, Hugh de Morville, took temporary refuge in the castle. De Morville forfeited the castle 3 years later for his role in a rebellion by Prince Henry against his father the king.

King John added to the fortifications from 1205 and was fond of hunting in nearby Knaresborough Forest. It was here in 1210 that John gave the first Maundy Money. The custom of giving small silver coins to elderly people still takes place on Maundy Thursday, the day before Good Friday.

In the early 14th century Edward I and II rebuilt the castle and erected the great stone keep. Edward II gave the town a Royal Charter to hold a weekly market, a custom that still continues today. It is thought that the unfortunate Richard II was briefly kept as a prisoner at Knaresborough Castle. 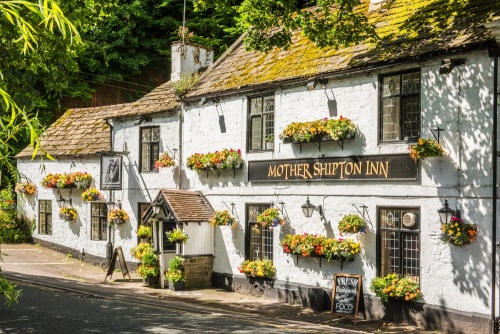 The castle was captured by Parliament in the Civil War and slighted to make it unusable for military purposes. Stones from the castle were used to build many buildings around the town. The castle is owned by the Duchy of Lancaster and operated by Harrogate Borough Council. The grounds are used as a public park, and the castle interior is open to the public for a small admission fee.

Aside from the castle keep, perhaps the most iconic sight in Knaresborough is the Victorian railway viaduct that spans the River Nidd. The viaduct was built in 1851 to carry a branch line of the Leeds & Thirsk Railway. The bridge is 78 feet above the water and is supported on 4 arches spanning 56'9" each. The architect was engineer Thomas Grainger, who wanted to design a structure in keeping with the character of the town's historic buildings.

There are several popular caves within easy distance of the town centre. The most famous is Mother Shipton's Cave, named for Ursula Southeil (c. 1488–1561), a soothsayer, or prophetess, who is said to have been born in the cave. According to tradition, Mother Shipton was terrifyingly ugly.

More importantly, she foretold the end of the world and the coming of the automobile, among other prophecies. Unfortunately for tradition, Mother Shipton's most popular prophecies were not published until long after her death, and many were the work of Charles Hindley, who wrote a highly imaginative book of Mother Shipton's sayings in 1862.

Visitors can enter the cave where she was born and see the Dropping Well, a remarkable petrifying well that slowly turns objects to stone. The well was known to ancient settlers, and to the Romans, but the first written record comes from 1538. 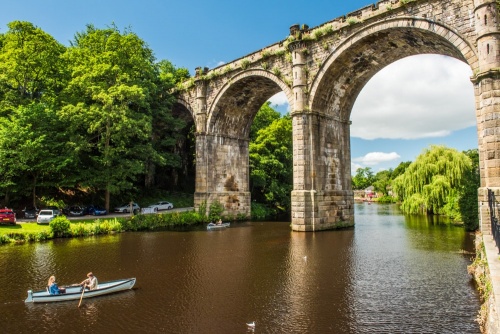 Boating on the River Nidd

Water flows from an underground lake, over a high cliff, and drops into a deep pool. The calcium content of the water is so high that it quickly forms deposits on any item left in the pool or in the stream of water, turning it to solid limestone. The range of items left by visitors to be petrified is amazing, from hats and boots to kitchen utensils and pilgrims' offerings. One petrified object is a handbag left by mystery writer Agatha Christie.

In the market place is Ye Oldest Chemists Shop in England, established around 1720 by an apothecary named John Beckwith. The shop became well known under the ownership of WP Lawrence and his son Edmund, who together operated it from 1884-1965. It finally went out of business in 1997 after over 275 years dispensing remedies to locals and is now a popular cafe. Look for the blue plaque erected on the exterior of the building by the Knaresborough Civic Society in 2006.

Just a few steps from the Old Chemist's Shop is a statue of Knaresborough's most famous native, John 'Blind Jack' Metcalf (1717–1810). Metcalf was a civil engineer and the first professional road builder of the Industrial Age. Though blind from the age of six, Metcalf became a professional fiddler, tour guide, and coach driver. He drew on his experience as a goods carrier to launch a new career as a road-builder. He made his reputation by designing a road across a bog by floating the road surface on rafts of heather and gorse.

The Chapel in the Rock

Cut into a rock face beside the River Nidd is a fascinating 15th-century wayside chapel known as the Chapel of our Lady of the Crags (sometimes called the Chapel in the Rock), built in 1408. The story goes that a master mason named John had a son who was caught under a sudden rock fall. When the boy emerged untouched by the falling rock John the Mason excavated a chapel in the rock face as an act of gratitude. The Chapel is a Marian shrine, and features a remarkable vaulted chamber with roof bosses and carved grotesque figures. 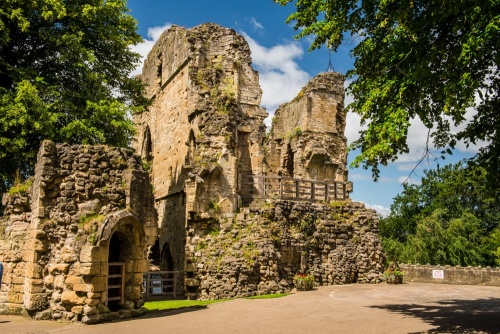 If you follow the road that runs south and east from the Chapel in the Rock you will come at length to the ruins of a 12th-century hermitage, home to St Robert of Knaresborough from AD 1180 until his death in 1218. Robert Flower was the son of the Mayor of York, but he turned to the secluded life of a hermit. King John visited St Robert in 1216 and granted him 40 acres of land to help feed the poor people of the area. The remains of the waterside chapel include the site of St Roberts grave, in front of the chapel altar.

The parish church of Knaresborough is a large building in Perpendicular Gothic style, begun in the 11th century and rebuilt following a Scottish raid in 1318. The highlight of a visit to St John's is the Slingsby Chapel, full of wonderful memorials to generations of Slingsby family members. The Slingsbys were baronets of Scriven and prominent local landowners.

The earliest is the finely carved altar tomb of Francis de Slingsby (d.1600) and Mary (Percy) his wife (d.1598). In a niche on the wall nearby is a wonderful gilded life-sized of Sir Henry Slingsby (d. 1654) in the costume of a Roman senator. 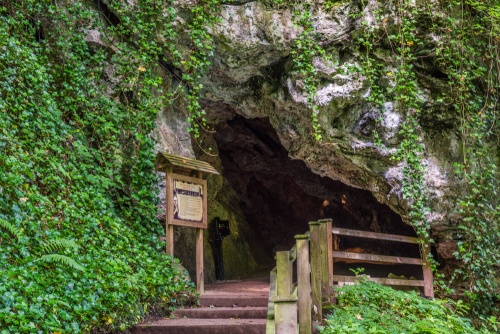 A short stroll from St John's Church is Knaresborough House, built in 1768 for Rev Thomas Collins, Vicar of Knaresborough from 1735-1788. The Collins family retained ownership until 1951 when it was home to the local District Council. Since 1974 it has been used by the Town Council.

Knaresborough is an absolute delight to visit. On a sunny day, people congregate in the castle park and along Waterside by the viaduct. There are cafes along the river and you can hire boats to enjoy the River Nidd. 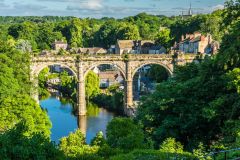 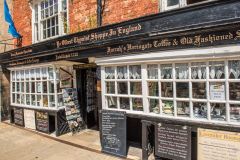 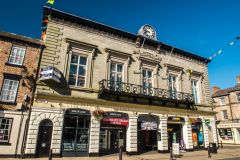 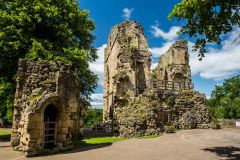 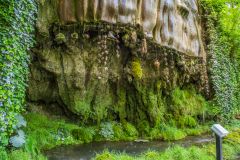 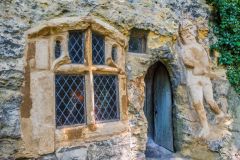 Chapel of Our Lady of the Crag - 0.2 miles (Historic Church)

More self catering near Knaresborough >>

More bed and breakfasts near Knaresborough >>