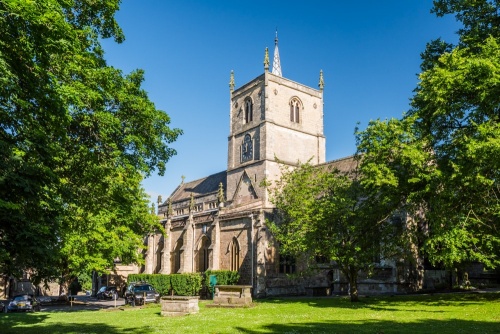 The beautiful parish church of Knaresborough dates mainly to the 15th century, though it incorporates parts of an earlier 12th-century building. The medieval church was restored in 1878 to give us the building we see today.

There may have been a church here in the late Saxon period but the first written record we have comes from 1114 when Henry I granted the church at 'Cnaresburgh' to the canons of Nostell Priory. The church at that time was dedicated to St Mary and it kept that dedication until the Reformation when it was rededicated to St John the Baptist.

Perhaps unusually, the church seems to have developed independently of the castle and had closer links with the growth of the town. 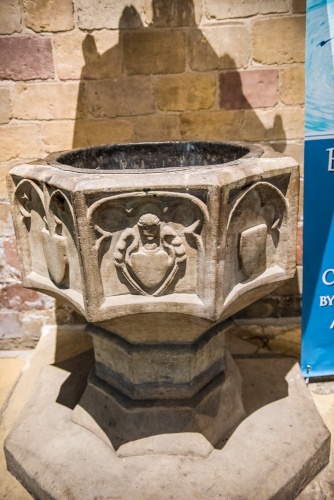 In 1318 Scottish raiders destroyed much of Knaresborough, including the church. It still in a poor state a decade later in 1328 when Edward III spent part of his honeymoon with Queen Philippa at Knaresborough Castle. The king promised his new bride that he would give money to rebuild the church.

This he did, and the queen took a close interest in the process of rebuilding. She is known to have been involved in rebuilding St Edmund's Chantry (now St Edmund's Chapel). The queen stayed frequently at Knaresborough Castle over the following decades and a close bond developed between her and the townsfolk, who dubbed the restored building, 'The Queen's Church'.

Records show that in 1428 the priest of St Mary's was John Mason. That suggests a possible link to the Chapel of Our Lady of the Crag, a wayside chapel cut into the cliffs above the River Nidd beyond the castle. According to tradition, the chapel was built by a master mason working for Henry IV named John the Mason in thanks after his son was saved from certain death in a rockfall at the quarry where John was working.

Could the priest named John Mason be that same boy who escaped a tragic death and entered the church, rising to become the priest of his home church? 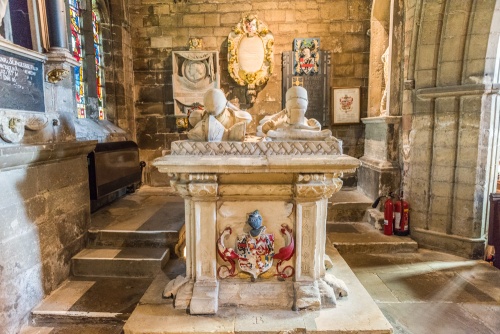 Only fragments remain of the 12th-century building, including parts of the chancel walls, several crossing piers, and transept arches. Several of the crossing capitals bear 12th-century carvings. The Norman chapel is flanked by 13th-century chapels.

Highlights include a Jacobean (17th century) parclose screen, altar rails from the same period, a late-medieval font in Perpendicular Gothic style, a 17th-century font cover, and a collection of beautiful 17th-century memorials in the Slingsby Chapel. There are also several stained glass panels by the William Morris studio. Another eye-catching feature is an 18th-century portrait of Moses and Aaron, and a rare royal coat of arms to William III dated 1700. 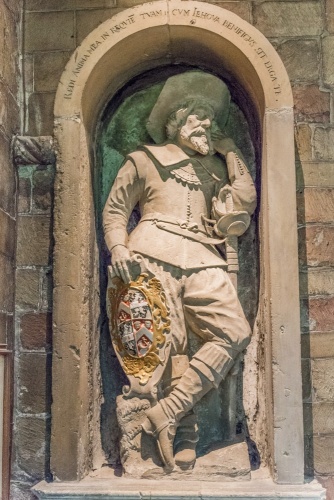 The Slingsby family came to England with William the Conqueror and were prominent in Yorkshire - and national - affairs for over 900 years. The Slingsby Chapel is a treat, with an outstanding collection of memorials beginning around 1600 and continuing into the Victorian period.

One of the most striking memorials is to Sir Henry Slingsby (1560-1634), who is shown wrapped in his shroud and standing upright under a niche. Slingsby served as the High Sheriff of Yorkshire. The effigy is thought to have been sculpted by Epiphanius Evesham.

Also standing upright under a niche is an effigy of Sir William Slingsby, Commissary of the Fleet, ho died in 1638. The striking effigy is also sculpted by Epiphanius Evesham and shows Slingsby leaning casually on his elbow whilst holding a gilded shield with the Slingsby family arms. 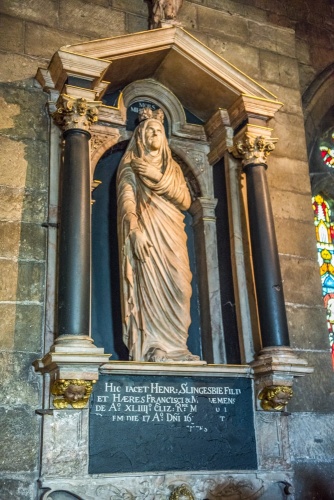 In the centre of the chapel is a tomb chest topped with effigies of Sir Francis de Slingsby (d 1601) and his wife Mary (d 1598). Mary was the daughter of Thomas Percy, Earl of Northumberland who was beheaded for treason by Elizabeth I in 1572.

A much more recent effigy is that of Sir Charles Slingsby, the 10th Baronet, who died in a ferryboat accident on the River Ure in 1869. On the wall is a more sedate memorial to Slingsby's sister Emma (d 1889), who married Thomas Leslie. Emma was the last of the Slingsby line and the sole heiress after her brother's death, so Thomas Leslie changed his family name to Slingsby.

Against the north chancel wall is an ornately decorated tomb recess dating from the 1343 restoration by Queen Philippa. The recess has been proposed as a possible Easter Sepulchre.

St John the Baptist Church is on Church Lane, just off Bond End and High Street (the A59). It is roughly 5 minutes walk from Knaresborough Castle and the Market Place. The church was open when we visited. 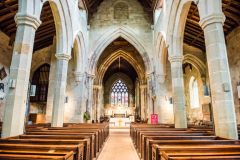 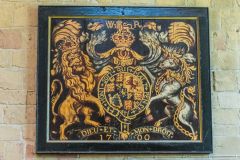 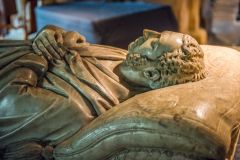 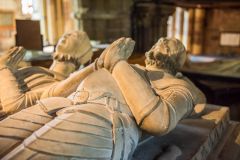 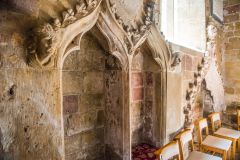 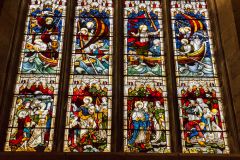 Chapel of Our Lady of the Crag - 0.6 miles (Historic Church)

More self catering near Knaresborough, St John the Baptist Church