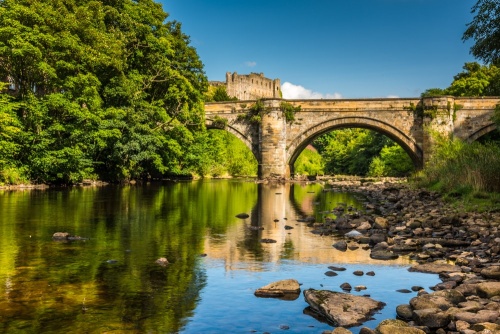 Richmond Castle from the River Swale

Richmond is an attractive market town on the River Swale. The impressive ruins of Richmond Castle rise above the town, and look down on the market square, where you will find the Green Howards regimental museum.

There are fine examples of Georgian architecture in Richmond, including the Georgian Theatre Royal, founded in 1788 and now restored to its original state. A short walk along the bank of the River Swale brings you to the lovely remains of Easby Abbey, a medieval monastery. Beside the abbey ruins stands St Agatha's Church, built in the 13th century. Within the church is a superb set of wall paintings made around 1250, and a replica of the 8th-century Easby Cross.

The castle that dominates the town was begun by the Norman lord named Alan 'the Red' shortly after the Conquest. Unusually, it was built in stone, rather than timber, as was common at the time. It passed to the Dukes of Brittany and was later owned by Edmund Tudor, the father of Henry VII, and by Richard, Duke of Gloucester (later Richard III).

The castle is built on a triangular plan, with a stone keep protected by a curtain wall. The wall is pierced by three towers, including Gold Hole Tower, built by Alan the Red. The tower is connected to Scolland's Hall, the earliest example of a Great Hall in England, named for Alan's steward. You can climb to the top of the keep for amazing views down over the town and the market square. 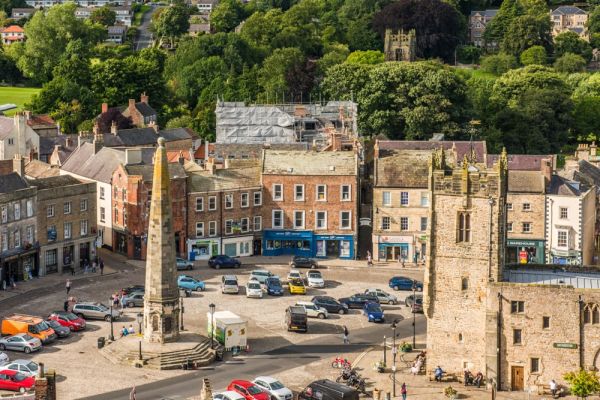 In the square is the Green Howards Regimental Museum (the Green Rifles), which has occupied Holy Trinity Church since 1938. The museum has exhibits tracing the long history of the regiment, which was established in 1688 and has been known as the Green Howards since 1744. Among the displays are over 3700 medals awarded to regiment members, including 16 Victoria Crosses.

Also in the market square is The Obelisk, a peculiar monolith that was erected in 1788 to replace a medieval market cross. Another market place landmark is the Town Hall, built in 1756. On the south side of the market place is Millgate House, an 18th-century house with a superb garden arranged on terraces below the house.

From the market place, a steep lane leads down to Bargate, the only surviving medieval town gate. The gate was built around 1312 and gave access for people and horses to a settlement just outside the walls and to the old bridge across the River Swale.

Just off the market place is Friars Wynd, a narrow alley used by Dominican monks to reach their friary, located where the current Friary Gardens and Grey Friars Tower now stand. The Tower dates to the 14th century and served as a bell tower for the Friary church.

On Friars Wynd is the Postern Gate, a pedestrian gateway in the medieval town walls, which gives access to the Georgian Theatre Royal, thought to be the oldest working theatre in its original form anywhere in Europe. The theatre was the brainchild of actor Samuel Butler and opened in 1788. It closed in 1848 and was used as an auction house and warehouse before being restored and reopened as a theatre in 1968.

In Ryders Wynd is the Richmondshire Museum, tracing the town's heritage and the history of Swaledale. A highlight is the film set used in the BBC's original James Herriot TV series. 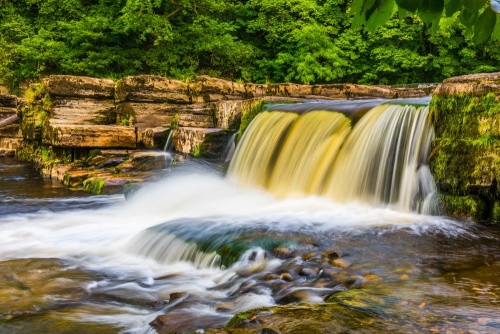 Waterfalls on the River Swale

One of the most popular places in Richmond for both residents and visitors alike is a series of beautiful, wide waterfalls on the River Swale, accessed via Millgate at the southern side of the market place. Follow Millgate down to the point where it joins Riverside Road. There is a parking area and easy access to a viewing area beside the falls. Many families bring picnics to the waterfalls and relax on the open space above the falls.

Richmond's historic parish church of St Mary was established in 1137 and retains original Norman features including 2 beautifully carved pillars at the west end of the nave. The medieval church was in poor condition by the middle of the 19th century, so the famous Victorian architect Sir Gilbert Scott was called in to restore the building.

Part of that rebuilding was the installation of an organ by the Harrison and Harrison company, considered one of the great organs in any English parish church. Look for the 16th-century memorial to Robert Willance, whose house in Frenchgate still stands. A poignant touch is the memorial to the 1050 residents of Richmond who died in the terrible plague of 1597.

One of Richmond's most unusual landmarks is this striking neo-Gothic tower, built in 1746 by John Yorke to commemorate the Duke of Cumberland's victory over Bonnie Prince Charlie at the Battle of Culloden. The monument was designed by architect Daniel Garrett and was originally called the Cumberland Temple.

The Temple was decorated in Rococo style and stands on the same site as a 14th-century pele tower. It stood in the grounds of Yorke House, which was torn down in 1823. The tower is now owned by the Landmark Trust, who rent it out as a very unusual holiday cottage.

At the western edge of Richmond is Hudswell Woods, an area of lovely woodland on the south bank of the River Swale. The National Trust owns much of the woodland here, and there are several circular walks of varying difficulty, laid out beside the river.

Our family had the opportunity to enjoy a wonderful week in Richmond, staying in a lovely self-catering cottage on the edge of town. We had a wonderful time, walking into the historic centre of town to enjoy some of the historic features that are often overlooked by visitors. Richmond is easily one of the most enjoyable historic towns in England and a delight to explore. 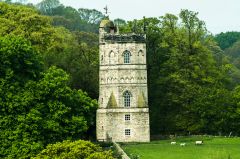 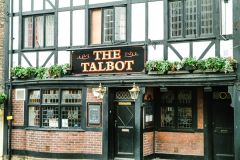 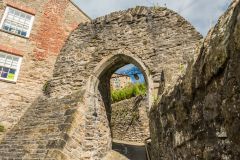 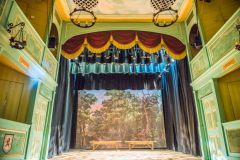 More self catering near Richmond >>

More bed and breakfasts near Richmond >>