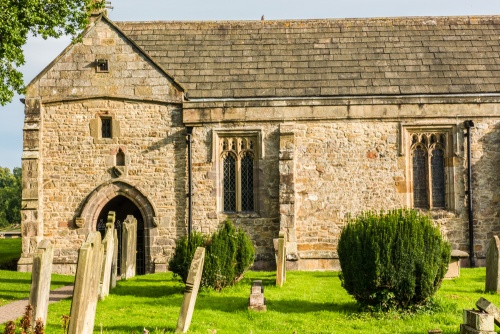 Most people visit the hamlet of Easby, just outside the historic town of Richmond, Yorkshire to see the ruins of Easby Abbey, and rightly so, for the abbey is well worth a visit and the location beside the River Swale is unforgettable.

There's another reason to visit Easby that isn't so immediately apparent, for beside the abbey stands the medieval parish church of St Agatha. The exterior of St Agatha's is unremarkable, giving no hint of the historical treasures that lie within.

St Agatha's is worth visiting on its own for its wonderful collection of 13th-century wall paintings, which must rank among the best in Yorkshire and one of the most complete in all of England.

The wall paintings were created around 1250 and were covered with layers of whitewash at the Reformation and only rediscovered in the 19th century. 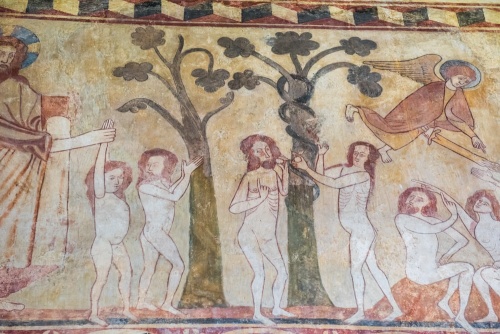 The paintings on the north wall of the chancel depict the Garden of Eden, with Eve being created from one of Adam's ribs, the serpent tempting the couple, and then their expulsion from the Garden. The final scene shows Adam digging and Eve spinning while they are rebuked by an angel.

In the window embrasures are fascinating scenes of traditional medieval life, such as sowing seeds, digging and pruning a tree. There is also a scene of a nobleman hawking on horseback. These scenes are thought to be the traditional Labours of the Months, representing the traditional cycle of the seasons and its associated activities.

While the north wall frieze is from the Old Testament the south wall murals depict New Testament scenes creating a timeline of events. First, you see the Annunciation, then the Nativity (oddly showing Mary and Joseph asleep), followed by the Crucifixion, the Descent from the Cross, Christ's burial and finally the discovery of the empty tomb.

The detail of these paintings is truly exceptional, but there is more to come. Against the south wall of the sanctuary is a triple sedilia, providing seats for clergy during services. The back of each niche in the sedilia is painted with the likeness of a bishop. 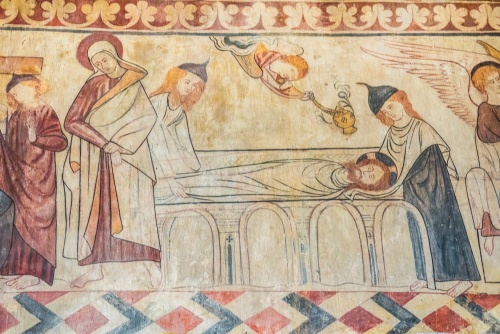 13th-century painting of the Entombment

All the 13th-century paintings were executed in the 'secco' method. Secco is Italian for 'dry', which makes sense because the paint was applied onto dry plaster, unlike frescos where the paint is applied directly onto wet plaster.

The history of the church is lost in the mists of time but we know that there was worship on this site as early as the 8th century. Nothing remains of that ancient church and the oldest parts of the present building dates to the early 13th century. The nave and chancel are from that period but the south aisle was added two centuries later.

Rather than a traditional west tower, there is an unobtrusive single bellcote over the west gable. Entrance is through the south porch which has a parvise, or priest's chamber, above the vaulted entranceway. 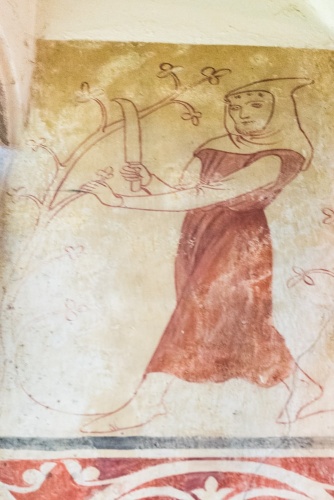 One of the 'Labours of the Months' paintings depicting pruning

Just inside the south door is a roughly carved holy water stoup set into the wall. Look for the low ledge around the base of the wall; in the days before pews, this ledge was used as seating for the aged or infirm.

The first thing you see on entering is the arcade separating the south aisle from the nave. The arcade arches are painted with a chevron pattern in dark red. Also in the south aisle is a small chapel separated from the aisle and nave by a late medieval carved screen. Against the wall is a partial 17th-century inscription.

At the west end of the nave is a circular 12th-century font decorated with blind arcading.

In the nave is a replica of the Easby Cross, the original of which is now preserved in the Victoria and Albert Museum in London. The famous architectural historian Nikolaus Pevsner called the Easby Cross 'the finest piece of Anglo Saxon sculpture in the county' and he may be right. 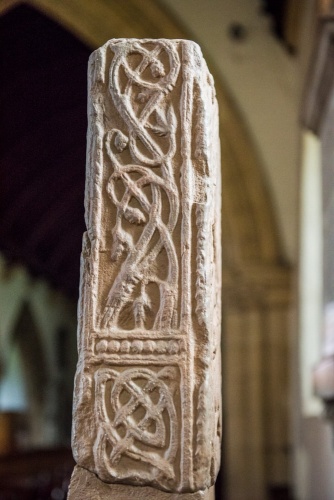 The Easby Cross dates to the 8th century and is carved with Celtic interlace patterns on the sides and Biblical scenes on the front and rear faces. At the top is Christ in Majesty and at the bottom are the Apostles. The replica has been rather oddly painted a rich brown colour which doesn't add to the effect.

Tucked into a corner is a very badly damaged statue of St Agatha, probably defaced during the Reformation.

Another historical treasure that caught our eyes is a brass plaque to Eleanor Bowes, who died in 1623. Bowes was married to Robert Bowes, the Treasurer of Barwick and Ambassador to Scotland.

There are several fragments of 14th-century stained glass in the east window, one showing Our Lady and another depicting an angel.

In the churchyard is a grave slab to Evelyn James, the eldest daughter of the 4th Duke of Wellington, who was married to Walter, 2nd Baron Northbourne and died in 1922.

St Agatha's Church was sketched by JMW Turner in 1816. The sketch is now held at the Tate Britain gallery in London.

St Agatha's Church is extremely easy to get to. Just follow signs for Easby Abbey off the B6271 just outside Richmond. There is a free parking area immediately opposite the church, which stands on a low rise overlooking the Abbey ruins.

You can also take a beautiful riverside walk from the centre of Richmond, following the River Swale. The church is usually open to visitors during daylight hours. 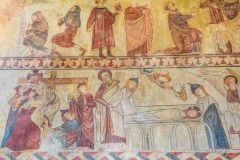 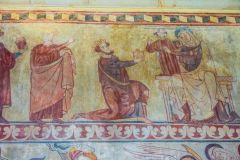 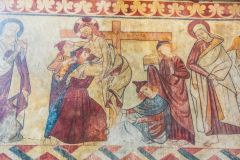 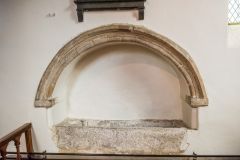 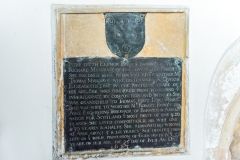