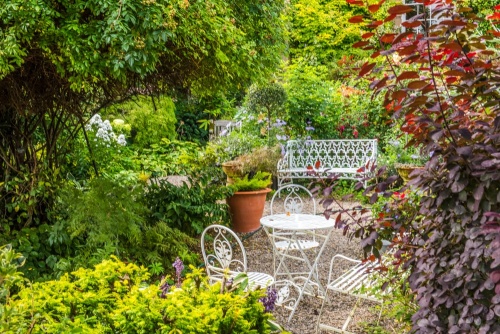 Millgate is an attractive Georgian townhouse in the centre of the historic town of Richmond, surrounded by an award-winning walled garden. The house was built in the early 18th century, and boasts an interior furnished with antiques. The gardens stretch behind the house, offering views to Swaledale and the Cleveland Hills.

The garden is planted in delightful country style, featuring shrub roses, topiary, and a profusion of overflowing plant pots. Millgate Garden was awarded the Daily Mail/Royal Horticultural Society's National Garden of the year award in 1995.

The garden is located at the bottom (south end) of Richmond's large market place. You enter through a doorway onto Millgate that opens into a passage beside the house, which is now run as a bed and breakfast. There is an honesty box in the passage, with a laminated placard about the garden which you can take with you as you explore. The passage leads directly to a gate into the garden, which is arranged as a series of terraces set into the sloping ground running downhill in the direction of the River Swale. 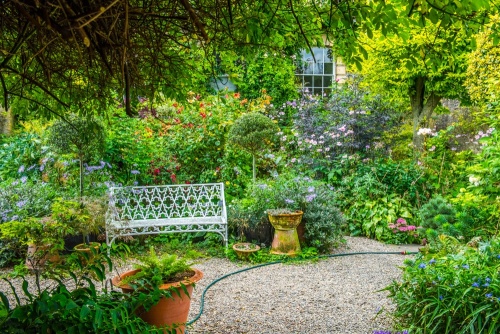 A colourful path near Millgate house

To say that Millgate Gardens are closely planted is an understatement; the plants are so closely packed that they seem to fill every inch of the space below the house. Most of the plants are very well labelled and we found ourselves making note of plant names as inspiration for our own garden at home.

Millgate seems to be something of a secret amongst visitors to Richmond. We did not see a single other visitor the whole time we explored the gardens.

Millgate Gardens are a delight; the sheer variety of colourful plants in such a small garden site is remarkable.

The house is open by appointment only, but the gardens are open throughout the main visitor season and are well worth exploring. There is no dedicated parking, but there is plenty of parking in the market place. 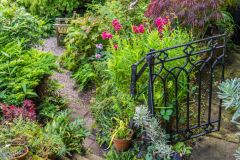 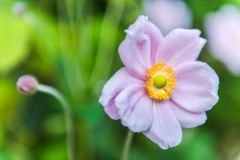 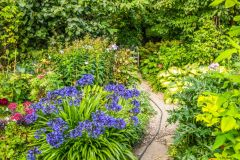 More self catering near Millgate House and Gardens >>

More bed and breakfasts near Millgate House and Gardens >>