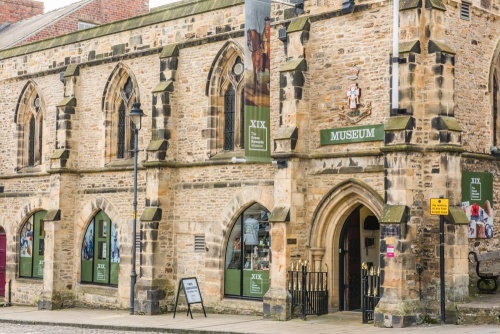 A historic church in the centre of Richmond's town square seems a suitable setting for the regimental museum of the Green Howards. The museum tells the story of this famous regiment over the past 300 years.

The museum collections include medals, paintings, equipment, musical instruments, old photographs and personal mementoes such as letters and military notebooks. The museum offers a regular programme of special exhibits, lectures and family events.

What makes the museum so interesting is that it offers a mix of military items and very personal artefacts linked to soldiers who served in conflicts around the world. By focussing on individuals you learn what life was like for the soldiers and officers who served with the Green Howards. 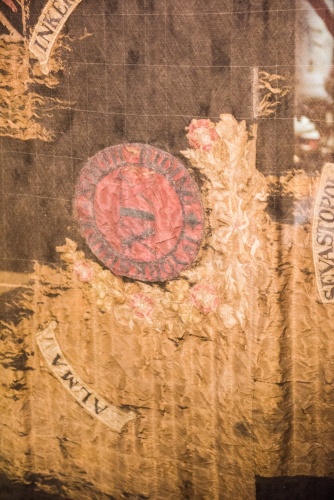 The regimental colours carried
at the Battle of Alma (1854)

The museum began after WWI when the relatives of soldiers who died in the war gave personal items to the regiment. These items included uniforms, medals and other memorabilia. The items were put together as a way of bringing home the rich heritage of the Green Howards to new recruits.

The museum opened in 1922 and had a peripatetic existence for several years, being housed in a wooden hut at one point and in a disused gymnasium at another. Since 1973 it has been housed in the former Holy Trinity Church in the centre of Richmond's historic market.

Also in the museum is the Richmond Town Council Silver including the Willance Chalice, presented in 1606 by Robert Willance, who survived a riding accident at Willance Leap by putting his broken leg inside the belly of his dead horse to keep the leg warm until he could get help. 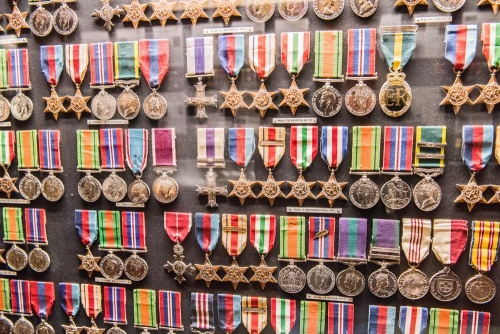 There is also a 1686 'Snow Tankard' thought to be the oldest sporting trophy in Britain. The snow Tankard has a fascinating history. It seems that a pair of Richmond landowners had a dispute. They agreed to settle their argument by racing their horses at Richmond Racecourse. A snowstorm stopped them from holding the race so the pair agreed to end the affair by buying a silver tankard and presenting it to the town.

Another item that caught my eye was a Court Martial Book for 1888, open to a page showing that Private Henry Wright, aged 19, was found guilty of desertion and sentenced to 51 days hard labour.

There are several very good exhibits of uniforms, weapons and kit, such as one on the Sudan campaign of 1885 which also includes shackles used to secure prisoners after the Battle of Ginnis.

One rather bizarre item is a photo of Corporal John Lyons, who died in 1867. His corpse was dressed in his uniform, complete with his Victoria Cross, and braced upright in a chair.

See the regimental colours carried into battle for the last time at the Battle of Alma in 1854 and a collection of uniforms worn in the Crimean War including a coatee worn by an officer in the Light Company.

See World War One artefacts including a Trench tea kit and a special Trench pipe made to be smoked downward so the glow of burning tobacco could not be seen by enemy snipers.

History of the Green Howards

The Green Howards (or more officially the Alexandra, Princess of Wales’s Own Yorkshire Regiment) was raised in 1688 by merging together several independent infantry companies in Devon.

For the first 63 years of its existence, the regiment was called by the name of its colonel but in 1751 it became the 19th Regiment of Foot. In 1782 every regiment without a special designation was given a title linked to a specific county in order to 'cultivate a connection with the County which might at all times be useful towards recruiting'. 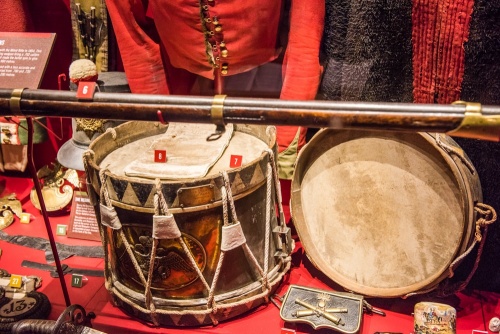 Russian drums captured at the Battle of Alma in 1854

The Green Howards were 'awarded' to North Yorkshire and became the 19th (1st North Riding of Yorkshire) Regiment of Foot. For the next 224 years, the regiment drew most of its recruits from the areas around Middlesbrough, Redcar, Northallerton and Scarborough.

The town of Richmond has always had close links to the military and the garrison town of Catterick is just a few miles to the south.

Though called a church, Holy Trinity appears to have been a chapel for most of its existence. The church occupies a central position in Richmond's market square. The most obvious part of the building is the 14th-century tower, which is linked to the nave by a Victorian block. The tower appears to have always been separate from the body of the church. The Green Howards Museum has occupied the church since 1973.

Note:
Don't confuse this Holy Trinity Church in Richmond, Yorkshire with the church of the same name in Richmond, Surrey!

The museum hard to miss! It is housed in Holy Trinity Church which sits the centre of the very large market place in the centre of Richmond. There is pay and display parking in the square and several other parking areas on nearby streets. The museum is just a few minutes walk from Richmond Castle; in fact, you can look down on the museum from the castle's gatehouse tower. 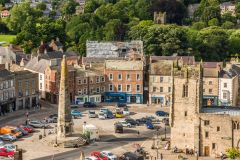 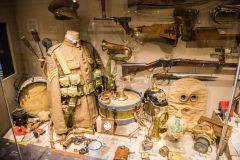 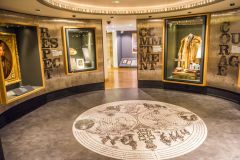 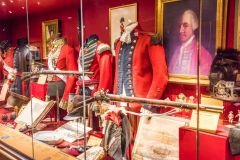 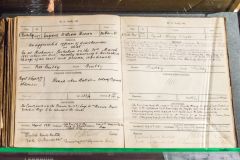