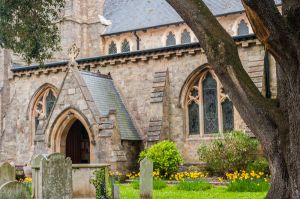 Sidmouth is a seaside resort town on Lyme Bay which dates back to the time of the Domesday Book. The town was a popular holiday destination in the early 19th century and much of the architecture date from the Regency period. The royal family had a summer home here during the Victorian period.

On Coburg Terrace is a peculiar tower structure integrated into a private dwelling. The tower is all that remains of the medieval parish church. In 1864 the church was rebuilt on a new layout, and local antiquarian Peter Hutchinson salvaged as much of the original medieval stonework as he could and added it, stone by stone, to his own garden.

At the corner of Seafield Road and Station Road is an attractive building made of rounded stones and brick. Dubbed Pebblestone Cottage, it is thought to be an old toll house, built in the early years of the 19th century, possibly to control traffic on the toll road between Sidmouth and Cullompton.

Sidmouth's parish church is exceptionally large. It dates in part to the 15th century, but much of what we see today is the result of a comprehensive rebuilding in 1860 by architect William White. Look for a memorial window to the Duke of Kent, given by Queen Victoria in 1867. Pieces of Norman stonework were reused in the Victorian rebuilding. The 15th-century tower remains, and there is an ornate reredos by SS Teulon.

Almost directly beside the churchyard is Sidmouth Museum, home to a wealth of local history information and memorabilia, including geological samples from the nearby Jurassic Coast.

Another historic church is All Saints, built in 1837 in Early English style.

Another 19th-century survivor is the Connaught Gardens, begun in 1820 and later named in honour of Queen Victoria's third son, the Duke of Connaught. The Duke himself officially opened the gardens in 1934, over a century after they were begun.

On Salcombe Hill is the Norman Lockyer Observatory and Planetarium, built in 1912, and now serving as a free science centre.

Just a few miles away is Bicton Park, a marvellous formal garden in French style, inspired by Versailles. 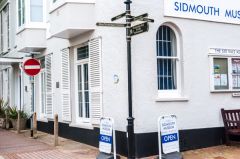 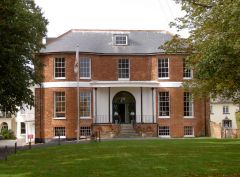 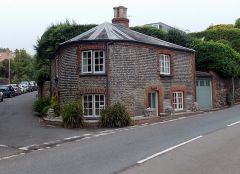 More self catering near Sidmouth >>

More bed and breakfasts near Sidmouth >> 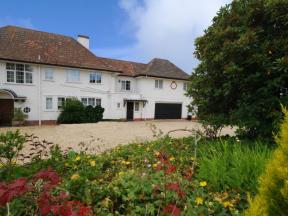 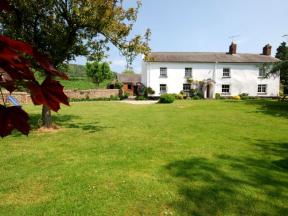 Nestled in the valleys of Devonshire set on a 400-acre family-run dairy farm you will find this comfortable spacious farm cottage. A great base in which to explore one of …
Sleeps 4