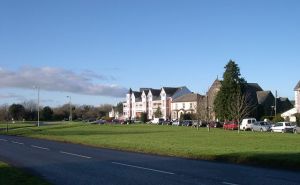 The wide village green in Yelverton

A large village on the south-west edge of Dartmoor National Park, Yelverton is well situated to explore the park, with many prehistoric standing stones and stone rows within a short distance as well as opportunities for walking and cycling.

A story, unlikely to be true, says that Yelverton's name was actually Elfordtown until the coming of the railway in 1859. At that time, the story goes, a railroad official misunderstood the name of the village and wrote it in the railway timetable as 'Yelverton', and the mistake stood.

The coming of the railway was responsible for Yelverton's growth in the 19th century as many residents of Plymouth bought houses in the village and commuted to Plymouth. Some of the new settlers built at Leg o' Mutton Corner, a peculiar wedge of land south of the Tavistock Road.

Just outside Yelverton on the edge of Roborough Down is The Rock, a large stone outcrop popular with families (kids love to climb on the rocks). The Rock gave its name to the nearby Rock Hotel, a 16th-century farmhouse converted into a hotel in the Victorian era when tourism began to bring more visitors to the area.

At the outbreak of World War Two RAF Harrowbeer was built just outside the village. One terrace of Victorian houses had to have their upper floor removed so they would not pose a hazard to planes taking off and landing.

Unfortunately, a plane did hit the tower of St Paul's Church, and a warning light had to be installed on the tower.

The most important visitor to RAF Harrowbeer was US President Franklin Roosevelt, who had to land here when his original destination was covered by fog.

St Paul's church, like much of Yelverton, is of recent vintage. It was built in 1891 by a local architect named Charles King. Curiously, the first church was of wood rather than stone. The church was built to hold 130 people, but the influx of vacationers to the area meant that just a few years later it had to be extended. In 1907 the Bayly sisters of Elfordtown gave half an acre of land and donated £515 to build a larger stone church.

The new church was designed by one of the leading ecclesiastical architects of the Edwardian period, Sir Charles Nicholson of London. The church opened in 1910 at a final cost of £5689, just £189 over budget. The church interior features oak choir stalls with poppyhead carvings, and the only remnant of the original wooden church is the pulpit. St Paul's has been called 'the only pre-1939 church to approach the best of the nineteenth century' (JM Slader, Guide to Devon Churches, 1968).

Near Yelverton is Sheepstor, used as a setting in the Steven Spielberg film, War Horse. On the moor outside the village are ancient stone rows and standing stones.

Two miles outside Yelverton is Buckland Abbey, home of Sir Francis Drake, while the historic market town of Tavistock is only 4 miles distant. Also nearby is the Garden House in Buckland Monachorum, a 10-acre garden built from the remains of a 14th-century vicarage. The garden incorporates a medieval tower and thatched barn. 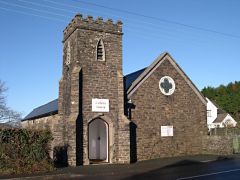 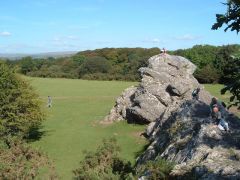 More self catering near Yelverton >>

More bed and breakfasts near Yelverton >> 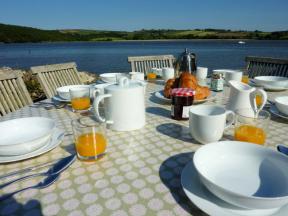 Situated on the beautiful Bere Peninsula this property is close to the Cornwall border which makes it an ideal base from which to explore both counties. This peaceful village sits …
Sleeps 8 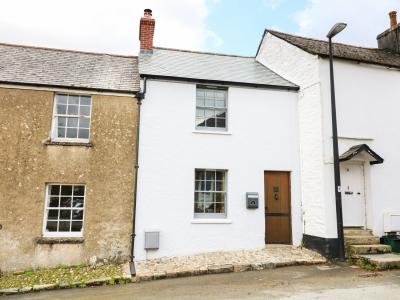 This terraced cottage is in the village of Buckland Monarchorum in the Dartmoor National Park and can sleep three people in two bedrooms.
Sleeps 3