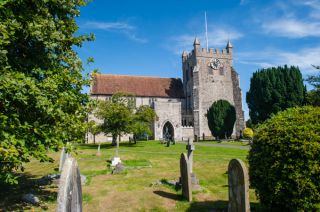 A village on the slopes of the Downs, Wye was settled as early as the Roman period. In the Saxon era, Wye was a royal manor and site of a royal court. It was later owned by Battle Abbey and supplied the abbey with tiles from a workshop here. The mid-15th-century college and school founded by Archbishop Kempe still stand.

A church was established at Wye before the Norman Conquest, dedicated to St Gregory. In 1200 the manor was granted to Battle Abbey, and the second dedication to St Martin added. In the middle of the 15th century the church, by then ancient, was completely rebuilt by Archbishop Kempe, a native of Wye. Look for the Kempe coat of arms around the church he built.

One of the historic highlights inside the church is the memorial of Lady Thornhill (d, 1708), sister of the Earl of Bath and a lady-in-waiting to Queen Catherine of Braganza. Lady Thornhill left money to educate poor students not able to attend Wye College. Her school later became the village primary school. Another interesting feature is a set of 15th-century memorial brasses to the Palmer family.

Wye College was founded in 1447 by John, Cardinal Kempe, Lord Chancellor of England and Archbishop of Canterbury. It was intended as a college to train priests and served the parish church. After the Reformation, it became a grammar school. It was later absorbed into the University of London and is more recently used as a Free School.

In a brief incarnation as an agricultural college, it was responsible for developing several varieties of hops used in the brewing of beer, including the Wye Target and Wye Yeoman varieties.

In 1902 a group of local students from Wye Agricultural College carved a giant likeness of a 180-foot high crown into the chalk downs outside Wye. The Wye Crown, as it was dubbed, was meant to commemorate the coronation of Edward VII. This was not just a student prank, but an exercise under the direction of the school's Vice Principal, TJ Young. Young was inspired by the design of a crown on the florin coin.

On the night of the royal coronation, the crown was illuminated by 1500 fairy lights. The illumination was repeated for George V's silver jubilee in 1935. The crown can be found on the lane going east from Wye towards Hastingleigh.

Wye really is a pretty village; I loved visiting it, and I'm not surprised to learn that it was voted the third best place to live in the UK in a 2013 poll by the Sunday Times newspaper. 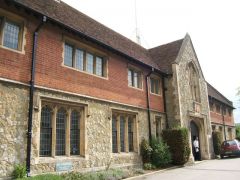 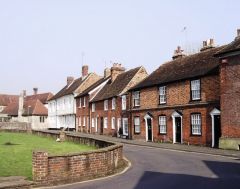 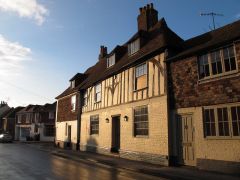 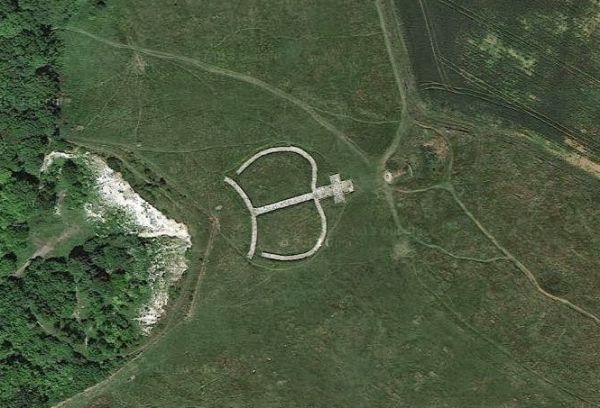 More self catering near Wye >>

More bed and breakfasts near Wye >>