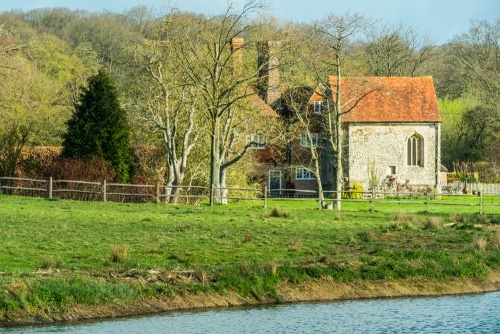 Horne's Place Chapel is an unusual 14th-century private chapel built by William Horne around 1366. The chapel was originally attached to Horne's manor house and is the oldest part of the present manor. It is built of Kentish ragstone rubble under a tile roof.

The Horne family held land at Appledore from 1276, when Edward I gave the manor to Matthew Horne. The family received a license to hold services in their private chapel in 1366, though it is possible the building was finished a few years earlier.

Having the right to hold services in a private chapel was a matter of convenience, for it meant that the Horne family and their servants did not have to walk to the parish church. Perhaps more importantly, it was a mark of social standing, for only wealthy and influential people were granted a license for a private place of worship.

This peaceful chapel and ancient house was once the scene of high historical drama when rioting peasants attacked the manor during the ill-fated 1381 uprising known as the Peasant's Revolt. The peasants broke into the house and stole 10 pounds worth of goods, a very large sum at the time.

William Horne, who already acted as a local Justice of the Peace, was named a commissioner responsible for putting down the revolt in Kent. 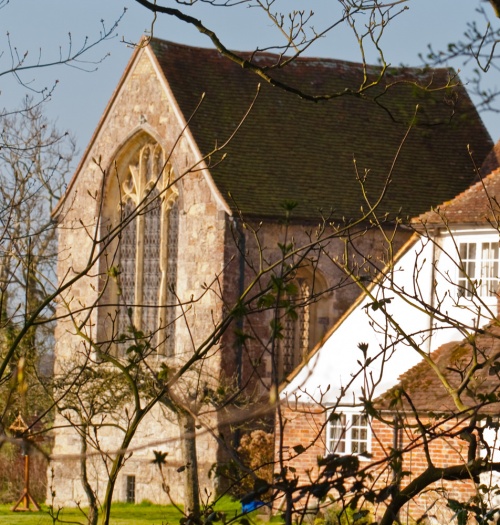 The chapel interior is very simple, with a stone floor and a wagon roof, but very little in the way of interior furnishings. Perhaps the best feature is the ornate tracery in the east window. The chapel sits on a vaulted cellar, originally used for storage, though remains of 2 burials were found under the floor. There is also a well set into the cellar floor. A doorway, now blocked, allowed access from the main house block.

The building is extremely simple; a rectangle about 26 x 13 feet. In the 16th century, a gallery was inserted in the chapel. This has since been removed but you can still see joist holes in the wall. The roof dates to around 1520 and is supported on stone corbels carved with Catherine wheel symbols.

The wheels are the traditional symbols for St Catherine, who was martyred by being tied to a large wheel. This suggests that the chapel was originally dedicated to St Catherine, though no documentary evidence exists.

The chapel was used as a barn during the 19th and 20th centuries before being put under the care of English Heritage. Very few medieval private chapels have survived, so Horne's Place Chapel offers a rare glimpse into the medieval world. The chapel is privately owned, and can normally be visited only by prior arrangement - see the English Heritage website for details. 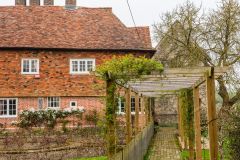 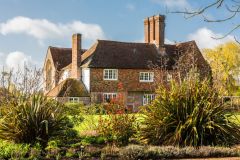 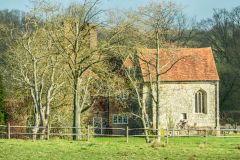