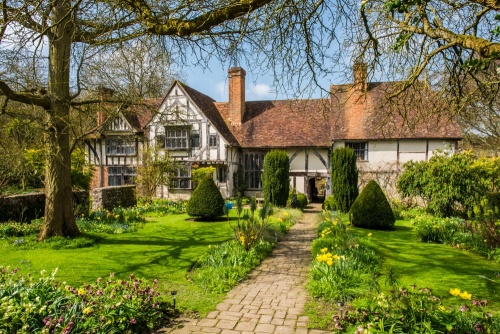 Stoneacre is a late 15th-century half-timbered yeoman's house with a great hall typical of the period. The house was restored in the 1920s, when a new wing was added and the house extended to the rear. It was granted to the National Trust in 1928. Behind the house is a restored cottage garden.

The Grade II* listed house was built around 1480 by John Elllys, and has remained remarkably unaltered since then. The downstairs hall and parlour are open to visit, as is the solar (a private family room, now a bedchamber) on the first floor.

The interior of Stoneacre is filled with a wonderful collection of 17th-century furniture and soft furnishings, as well as glass and metalwork. The collections were gathered by Aymer Vallence, the last private owner of the house. When Vallence purchased the house in 1922 it was in dire condition after many years of neglect. In fact, his wife said that it was 'practically a ruin'.

Vallence called upon architect Marshall Harvey to help him restore Stoneacre to its former glory. Together they not only restored the house but added bits from other local Tudor buildings. For example, one entire wing adjoining the original hall house comes from North Bore Place in Chiddingstone, Kent.

The restoration took six years to complete and essentially finished by 1928.

Vallence was an enthusiastic collector with a fascination for medieval woodwork, sculpture, and stained glass. He was also a biographer and avid follower of William Morris, the Arts and Crafts pioneer. Vallence designed many of the stained glass windows that we see at Stoneacre today. 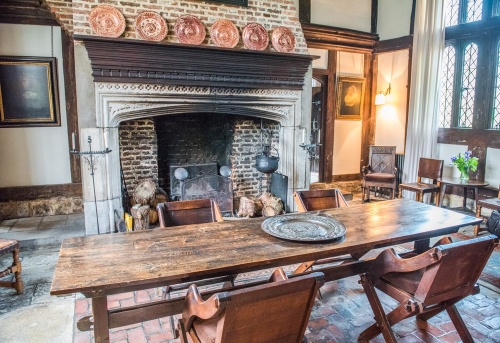 Stoneacre is a wonderful example of a Wealden hall house. These houses were common across the south-east, and were named for the densely-wooded Weald of Kent and Sussex.

A Wealden hall house is usually built with four bays. The two central bays are open to the roof, with a central hearth and a cross-passage at one end. Later versions of the hall house had the hearth at one end where it became a fireplace.

Beyond the cross-passage are the buttery and pantry. At the opposite end of the hall is the parlour. The upper floors at both ends had solars, or private chambers.

The house is set in a ragstone quarry created by quarrying for stone to build the house.

Stoneacre is said to take its name from the fact that it stands on a bed of limestone. Behind the house is a restored cottage garden, well worth seeing for its colourful displays of daffodils in spring and daisies in summer. Stoneacre also makes an excellent starting place for woodland walks through the Otham Valley. 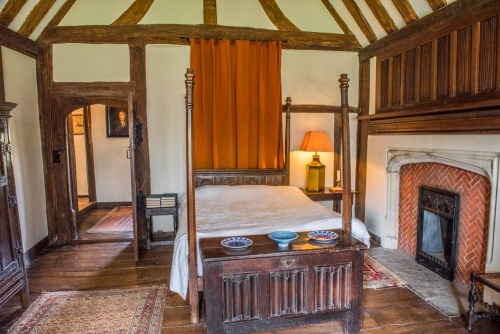 Stoneacre is occupied by a tenant, and thus has very limited opening hours - normally Saturdays between March and October, but please check with the official National Trust website before making plans for a visit.

There is a small parking area beside the house, accessed by a narrow lane. If the parking area is full you may have to park at the top of the lane (we did), beside the village playing fields. Stoneacre is well signposted off the A20 and A274; just follow the brown National Trust signs. 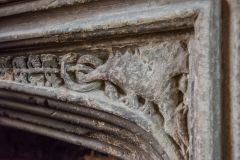 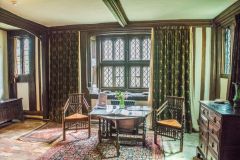 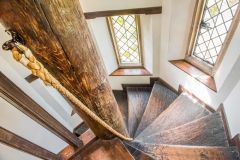 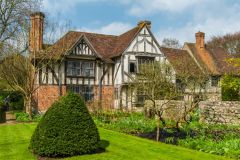 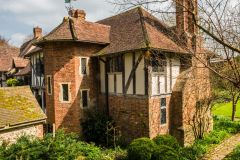 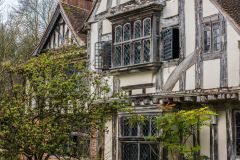 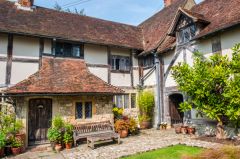 More self catering near Stoneacre >>

More bed and breakfasts near Stoneacre >>