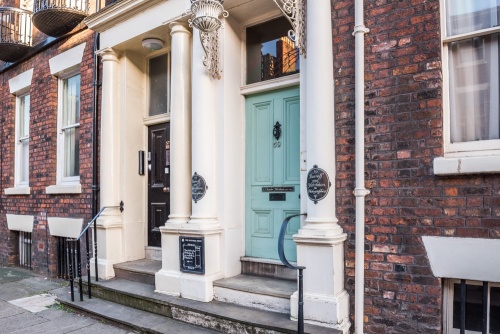 Mr Hardman's House (59 Rodney Street)
Edward Chambre Hardman was a well-known Liverpool photographer. The Hardman Photographic Studio on Rodney Street is a lovely Georgian terraced building where Hardman lived and worked. The Studio has been restored by the National Trust to present a time-capsule of mid-20th-century life in Liverpool.

Hardman's subject matter was the people of post-war Liverpool and their environment. Visitors can view the darkroom where Hardman processed all his own work, the studio, and the living area where Hardman and his wife Margaret lived from 1947 until 1988. Over more than 40 years Hardman amassed a huge photographic archive containing hundreds of thousands of prints and negatives as well as business records and personal letters.

Though Edward Hardman was the more famous of the two, Margaret Hardman was an accomplished photographer in her own right. and was the driving force behind the family business. 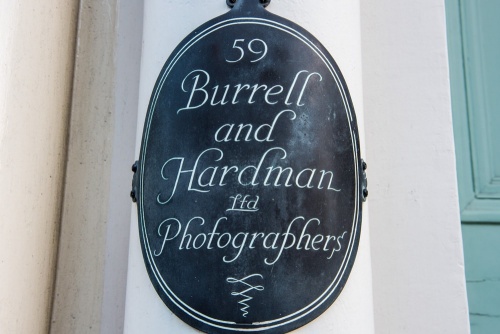 The Hardman business began as a partnership with Kenneth Burrell, who had served in the Army with Hardman. They launched the Burrell & Hardman photography business in Liverpool after leaving the Army in the 1920s. Burrell left the business after 5 years but the company name remained the same and you can see the 'Burrell & Hardman name on the Rodney Street entrance.

As for the house itself, it is one of a long range of attractive Georgian terraced houses built in 1782. The street itself is named for naval hero Admiral George Rodney and forms part of Liverpool's attractive Georgian Quarter. The street became a popular place for doctors to establish their practices in the 19th century, but the most famous resident of Rodney Street was Prime Minister William Gladstone who was born at 62 Rodney Street, just opposite The Hardman's House.

The Studio can only be viewed by taking a guided tour (booking is not essential, but is always a good idea). The National Trust promotes an easy 45-minute circular walking tour centred on the Hardman's House, taking in both Anglican and Catholic Cathedrals and several of the places that Hardman photographed. Look for walk details on the Trust website or ask at The Hardman's House.

There is no dedicated parking area, but there are parking areas at the nearby Anglican cathedral and on Slater Street. Note that though the house is on Rodney Street the actual visitor entrance is on Pilgrim Street. If you are arriving on foot the house is well signposted from the city centre. Pedestrian signs point to '59 Rodney Street' rather than The Hardman's House, which is what the National Trust decided to call the property.

Nearest Accommodation to The Hardman's House:

More self catering near The Hardman's House >>

More Hotels near The Hardman's House >>

More bed and breakfasts near The Hardman's House >>