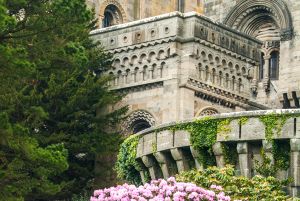 A romantic mock-Gothic fantasy castle built between 1820-1840. The Norman Gothic theme is carried to the interior, which features marvellous plasterwork, some of it painted to resemble wood and stone.

Penrhyn Castle occupies one acre (.4ha), with curtain walls, four towers and a massive keep. The main rooms are done in the same style as the exterior, with fairy-tale Gothic embellishments. There is a grand hall, library and drawing room, and a grand staircase with carvings of heads and human hands. An ebony room shows off furniture made of real ebony.

A collection of Old Masters paintings is part of the castle's treasures. The house even includes a slate bed. An Industrial Railway Museum and doll museum are located in the old stables.

Penrhyn is the work of George Hay Dawkins-Pennant, who employed Thomas Hopper to create a staggering, extravagant fantasy of a neo-medieval country house, modelled loosely after Hedingham Castle in Essex. 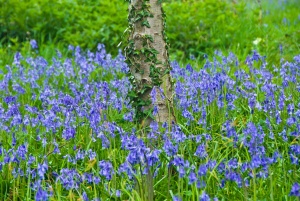 Hopper drew inspiration from classical ruins like those at Palmyra, and medieval church architecture, not to mention contemporary neo-medieval fantasy houses like Gwrych, in Denbighshire, to create a luxurious, sweeping extravaganza of medieval exotica.

Work began in 1820 and was largely complete by 1837. The centrepiece of Penrhyn is the enormous Norman-style hall, with a sturdy tower.

Dawkins-Pennant's creation was erected on the site of an authentic 14th-century mansion, which itself was replaced in 1782 by a Gothick house designed by Wyatt. Only the hall of the 18th-century house survived; it is now the drawing room.

Though the bulk of construction was finished by 1837, final touches, involving building, then destroying, then rebuilding sections of the interior, carried on into the 1850s and beyond.

A 40-acre garden surrounds the house. The gardens are decidedly Victorian in character, with a formally terraced walled garden, lawns, a wild garden, and carefully decorative pools.

Penrhyn can divide opinion; it certainly does take some getting used to this riotous expression of Victorian taste (or lack of it, depending on your point of view). Though I'm not always a big fan of the High Victorian style, I quite enjoyed Penrhyn. It can be busy, but the grounds are large enough to handle the press of visitors without feeling cramped. It's an intriguing house, as interesting for what it shows about Victorian taste as for its architectural and historical legacy. 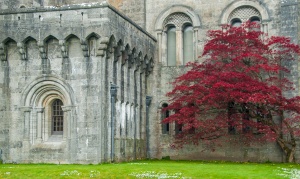 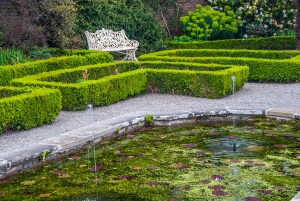 Formal garden hedges and a pool 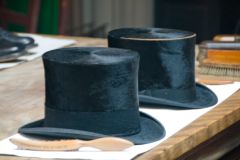 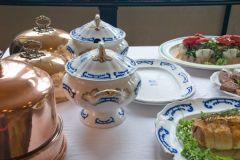 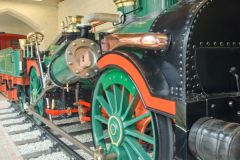 More self catering near Penrhyn Castle >> 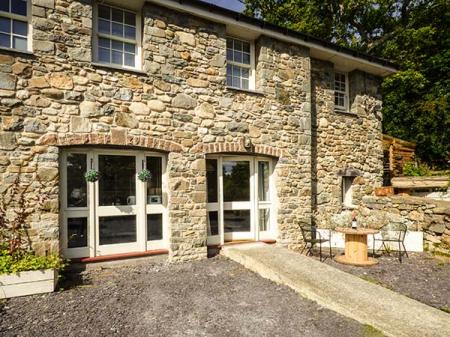 This ground floor apartment is set beneath the owner's home, two miles from Bangor in the hamlet of Glasinfryn and sleeps two people in one bedroom.
Sleeps 2 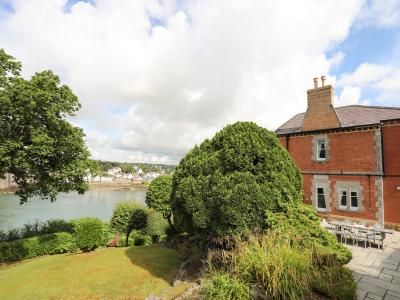