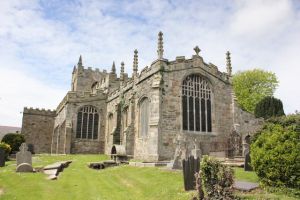 This handsome 14th-century church was erected shortly after Edward I built nearby Beaumaris Castle, to serve the castle garrison and the people of Beaumaris town.

The oldest parts of the church are the nave and aisles, and the west tower, all of which date to the 14th century. The chancel was rebuilt in the 15th century and you can see the stylistic differences.

The most famous historic feature of St Mary and St Nicholas is the tomb of Princess Joan (or Siwan in Welsh). Joan married Llewelyn, Prince of Wales, at the age of 15. It was at first a successful union by all accounts, but in 1230 she was discovered in bed with a Norman knight, William de Braose.

Llewelyn had Braose hanged, and Joan was exiled for a year at Garth Celyn. Llewelyn eventually forgave her, and Joan returned to court in 1231.

She died in 1237 and was buried at the Franciscan Friary in Llanfaes, within sight of Llewlyn's palace of Abergwyngregyn. When Llewelyn died three years later he was not buried with Joan, but at Aberconwy Abbey.

When Henry VIII dissolved the Friary in 1537 the monastic buildings were left to decay, and Princess Joan's tomb was lost. Centuries later it was found in Beaumaris, being used as a trough for horses. It was rescued and moved into the church, where we can see it today, thankfully still in relatively good condition despite its mistreatment.

Even more impressive to me is the alabaster tomb of William Bulkeley (d. 1490), whose effigy lies atop an altar tomb beside that of his wife Elin.

Sharing equal billing with the medieval tombs must be the wonderful series of misericords, decorating the underside of the seats in the choir stalls. We do not know who carved them, or exactly when they were created, but it could be that they were made by skilled woodworkers brought to Wales by Edward I to work on Beaumaris Castle.

Many of the misericord carvings carry a moral message, but some simply depict scenes from daily life. There is a scene of two women working, a woman in a crown with a wimple and a hood, a pope with a beard, and an amusing carving of a woman balancing a pair of drinking jugs on her head; perhaps a real person who brought drinks to the woodcarvers?

St Mary and St Nicholas church is very easy to find, in the centre of Beaumaris, only a few minutes stroll from the castle. 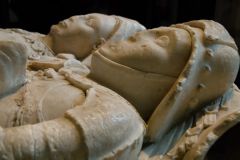 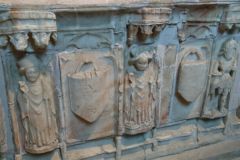 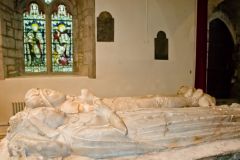 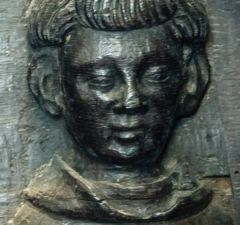 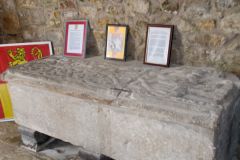 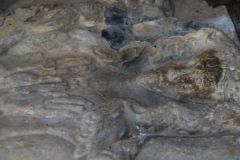 More self catering near Beaumaris, St Mary and St Nicholas >> 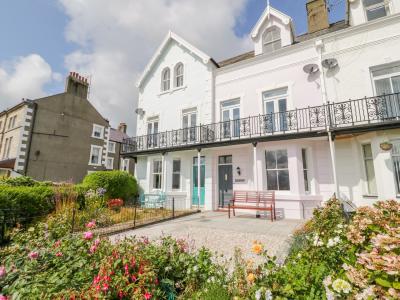 A fabulous Victorian townhouse with three floors set on the seafront in the harbour town of Beaumaris, and can sleep eight people in four bedrooms.
Sleeps 8 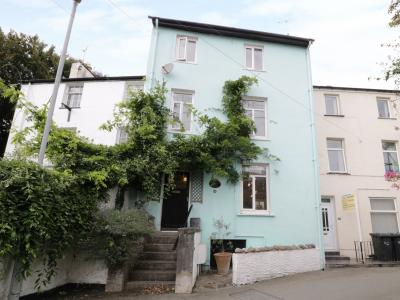 This mid-terrace cottage is situated in Beaumaris on the Island of Anglesey and can sleep eight people in four bedrooms.
Sleeps 8