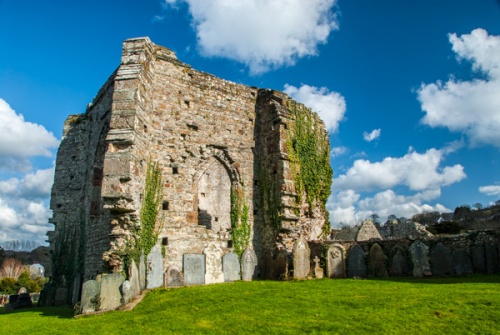 The attractive hillside remains of a 12th century Benedictine abbey stand above the River Teifi. The site was originally a rare Tironian house, established in 1120, by Robert fitz Martin and his wife Maud Peveril. St Dogmael's Abbey was the only Tironian house founded in either England or Wales.

One of the features of the Tironian rule was that the monks themselves had to become skilled at crafts like joinery, masonry, blacksmithing, and painting. So from the start they would have had a direct hand in building the new abbey.

The site by the Teifi was already considered sacred, used as a "clas", or Celtic church called Llandudoch.

The abbey was continually built and extended over 4 centuries, and gained attention as a centre for scholarship, famed for its library. One book survives from the medieval library; a 13th century copy of Historia Ecclesiastica by Eusebiuss.

According to the Welsh poet Sion Mawddwy, the silver harp of Henllys was delivered to St Dogmael's for safe keeping. The monks of St Dogmael's also owned the Isle of Caldey, which became a popular pilgrimage centre in the Middle Ages. 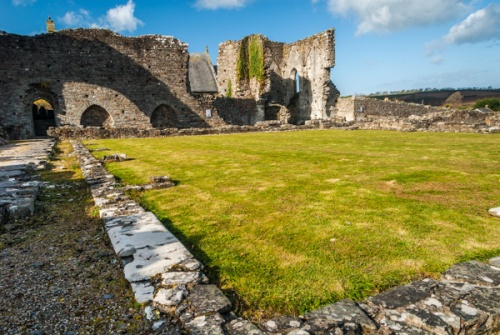 Among luminaries to visit St Dogmael's was Giraldus Cambrensis (Gerald of Wales), the medieval monk whose writings are among the best sources of historical material on Wales. The abbey declined in importance during the late Middle Ages, and in 1402 it supported only 4 monks.

Those 4 monks seem to have relaxed the strict discipline of the early Tironian brothers, for the Bishop of St Davids discovered they had been drinking in the taverns of Cardigan, consorting with women, and allowing outsiders to roam through the cloister.

When the Reformation finally put an end to the monastery, its buildings were converted into a private house by John Bradshaw of Presteigne. No trace now remains of Bradshaw's mansion. By the 17th century the site was recorded as a ruin. 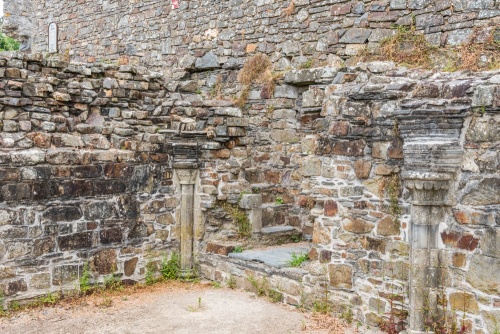 The nave of the church dates from the 13th century, and the remains of the crypt and chapter house from the 14th. Among the best surviving features are large sections of medieval floor tiles in the abbey church.

Beside the abbey ruins is a much later Victorian church, and the restored Coach House, now a museum, cafe, and visitor centre housing a display of beautifully carved medieval stones from the abbey and even more intriguing early Christian stones.

We've visited St Dogmael's three times, and though the site is not large, it is certainly impressive, and the exhibition of carved stones in the heritage centre is excellent. 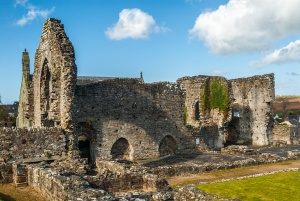 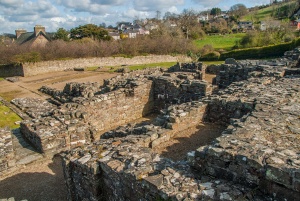 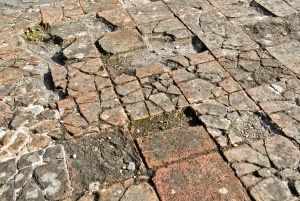 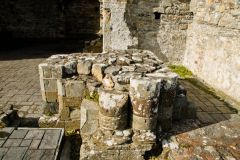 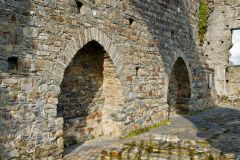 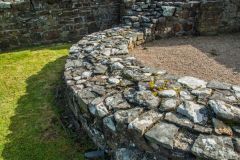 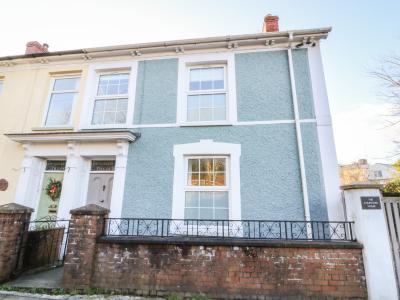 This semi-detached cottage rests in the village of St Dogmaels, close to the Pembrokeshire National Park, and can sleep six people in three bedrooms.
Sleeps 6 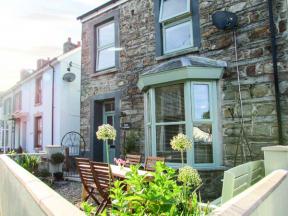