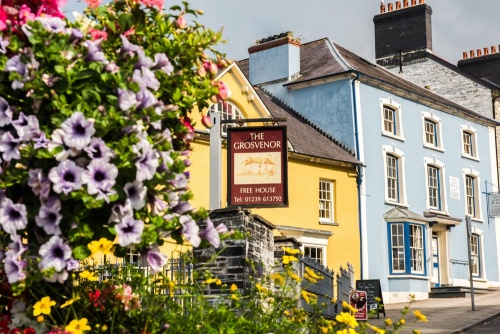 Cardigan - the place, not the woollen garment - is an attractive Welsh market town on the north shore of the Pembrokeshire Peninsula. The town sits above the wide expanse of Cardigan Bay, which is designated as a Special Area of Conservation. The Bay supports a population of some 130 bottlenose dolphins, and porpoises, as well as grey seals, are frequently seen close to shore. The area is also part of the Ceredigion Heritage Coast.

The town itself has a long and tumultuous history. It was the principal town of the old Welsh kingdom of Deheubarth.

When the Normans first invaded the kingdom in the late 11th century, Cardigan was one of the prizes they aimed for. The Normans built Cardigan Castle overlooking the Teifi River, but the Welsh refused to be beaten. The town was taken and retaken several times during the 12th century. Today the castle keep and two towers can be seen, but the interior is not open to the public. 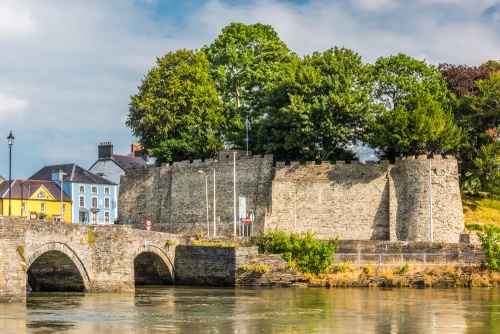 It was during one of the periods of Welsh ascendancy that the first Eisteddfod was held here, in 1176. The Eisteddfod is a sort of cultural love-in, a mixture of music, poetry, prose, and celebration of Welsh customs and culture. The Welsh National Eisteddfod is now an annual event held in a different place each year.

If the crumbling ruins of ancient castles do not stir your blood, perhaps you'd prefer a newer attraction. The Cardigan Heritage Centre opened in 1997 in a converted 18th-century warehouse on Teifi Wharf. The Centre has permanent exhibits tracing the history of Cardigan from the days before the coming of the Normans.

For several centuries preceding the advent of the railway, Cardigan was one of the busiest shipping ports in Wales; busier than even Swansea or Cardiff. Times have changed, and the bustle is now centred around Cardigan's historic Guidhall, now a market place. In front of the Guildhall stands a cannon captured at Balaclava, the Crimean War battle famous for the disastrous Charge of the Light Brigade. 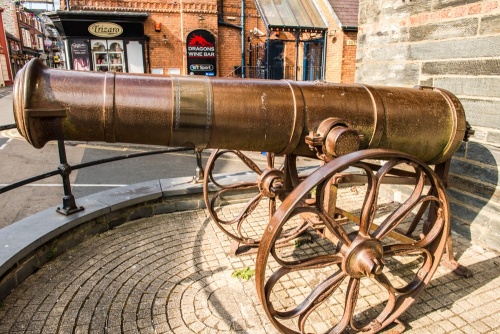 The Balaclava cannon in front of the Guildhall

Cardigan is situated just north of the border of Pembrokeshire National Park, and the long-distance Pembrokeshire Coast National Trail begins just outside the town. The path can be walked in short sections for an easy introduction to this dramatically beautiful coastline.

Across the river is St Dogmael's, with its 12th-century Benedictine abbey ruins attractively situated on a hillside. At St Dogmael's the famous Sagranus Stone was found. The stone provided the first clues which allowed historians to decipher the early Celtic written language. The Stone can be seen at St Thomas' Church. In the adjacent churchyard is a memorial to shipwrecked sailors. 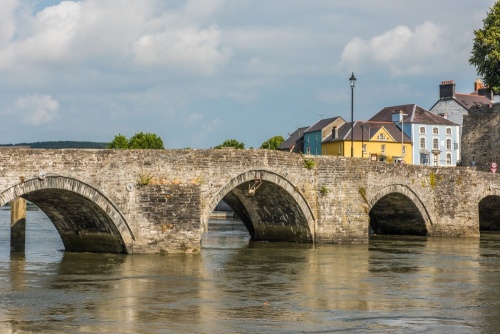 Opposite the abbey is Y Felin, a historic working watermill where you can buy fresh-ground flours. A bit further afield at Cilgerran is the Welsh Wildlife Centre, 300 acres of River Teifi marshland set aside as a low-impact way to allow visitors to study local wildlife species in their natural habitat. The Centre hosts talks, nature walks, demonstrations, and lectures for visitors.

In Cilgerran village is Cilgerran Castle, built by the son of William Marshall, Earl of Pembroke, in the 13th century to subdue the rebellious Welsh. The castle is open year-round. 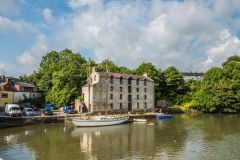 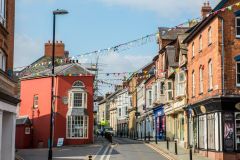 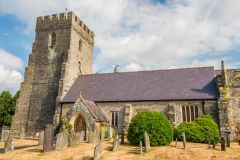 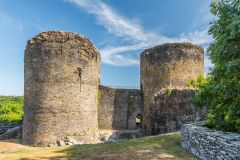 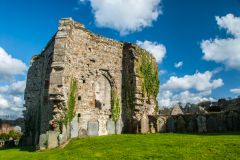 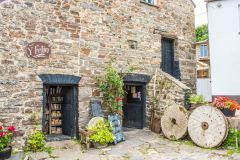 More self catering near Cardigan

More bed and breakfasts near Cardigan

Self Catering near Cardigan