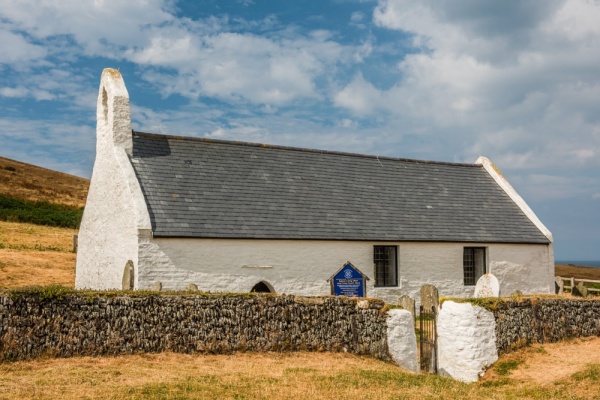 Mwnt is a beautiful secluded cove on the Ceredigion coast, just north of Cardigan. Above a sandy beach that has been rated amongst the finest in Europe is a picturesque whitewashed church dedicated to the Holy Cross.

Though the present church building dates to the 14th century, there has been a church in this spot since the Age of the Saints (roughly 410-700 AD). The dedication to Holy Cross is probably a reference to a tradition that a tall stone cross once stood atop Foel y Mwnt, the conical hill that rises directly behind the church. The cross would have been used as a focal point for preaching the Christian message.

The cross would also have been visible for many miles, attracting pilgrims who drew their boats up on the sandy beach at the base of the cliffs.

Mwnt gained such a reputation amongst early Christians that it became a stopping place for the bodies of saints being transported to Bardsey Island for burial. Mwnt's location also made it a convenient resting place for pilgrims en route to St David's, further down the coast.

We do not know exactly when the present building was erected; it may have been as early as the 13th century. That's the date of the stone font, made of Preselau stone, that stands at the west end of the nave.

On the north wall is a small lancet window, now blocked, that may have allowed lepers - who were not allowed inside churches - to view the high altar during services. 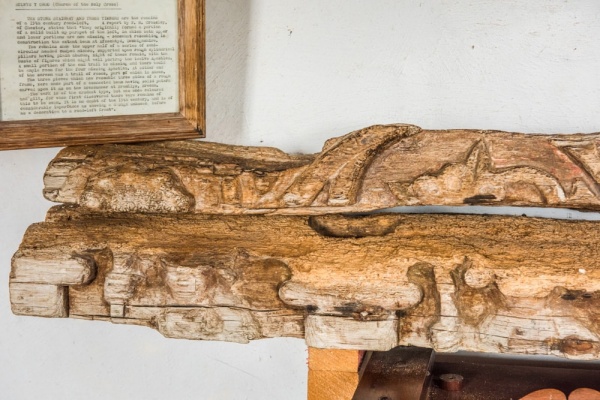 Also in the north wall are the remains of a medieval rood stair, and set on the wall are timbers from the 15th-century rood loft, decorated with carvings of roses.

You can clearly see carved figures on the rood loft timbers, including the heads and shoulders of saints. There were likely a dozen figures originally, one for each of Christ's disciples. Some of the figures still bear traces of brightly coloured paint, particularly red and green, and an information plaque beside the timber display suggests that they were once gilded.

In 1155 a force of Fleming soldiers landed at Mwnt but were repulsed by the local Welsh after fierce fighting. Skeletons of buried soldiers were exposed by farming near the churchyard. A stream running nearby still bears the name Nant y Fflymon, or the Flemings' Brook.

When Methodism was introduced to Wales they found a ready audience at Mwnt. Clergymen with Methodist beliefs were invited to preach at Mwnt, which was then, as now, an Anglican church.

Residents of Mwnt were known for living long lives. One example is the grave of William Thomas, near the church doorway. Thomas died in 1843 at the age of 101. Nearby is the grave of Rachel Rhosfach, who died at 100, and her husband William, who lived to the age of 98. 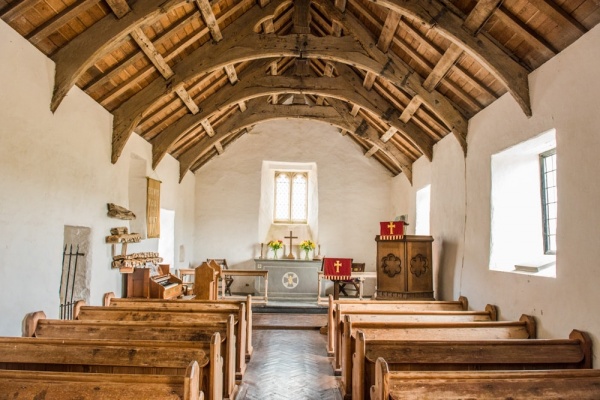 Mwnt is located on a minor road about three miles north-east of Cardigan. From Cardigan, you can take the A287 coastal road to Penparc and turn left on the minor road signposted to Mwnt, or take the B4548 from central Cardigan and turn right as you leave the town on the minor road towards Mwnt.

The only parking is a National Trust pay and display. There is also a seasonal cafe and restaurant at the top of the steps that lead down to Mwnt beach. If you prefer to arrive on foot, you're in luck, for the church is directly on the Wales Coast Path.

Mwnt Church is a delight to visit. The beautiful coastal location is simply stunning, and the low stone building exudes an air of antiquity. The internal furnishings are very simple, but the medieval font and remnants of the 15th-century rood loft hint at the age of this beautiful historic building. The church is usually open daylight hours and is well worth a visit. It is also open for regular services in July and August and for special services at other times. 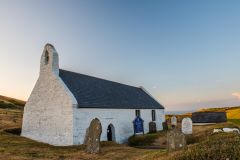 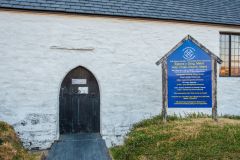 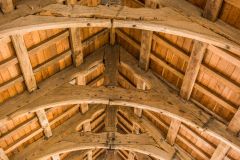 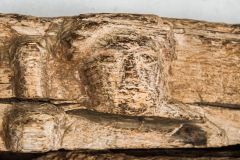 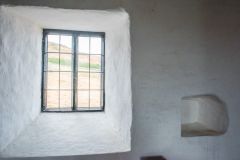 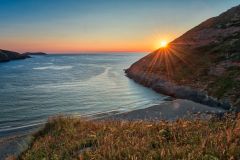 More self catering near Mwnt

More bed and breakfasts near Mwnt