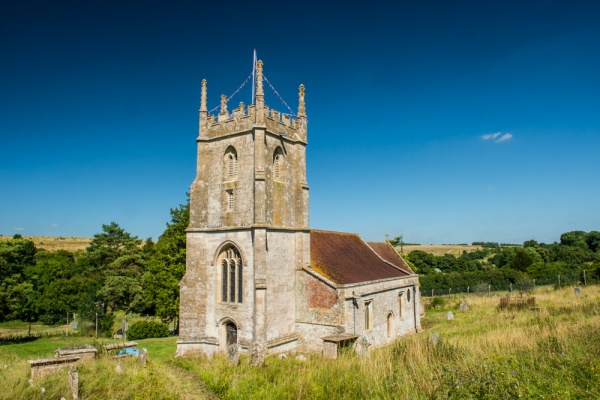 The  Wiltshire village of Imber was evacuated in 1943 to allow the military to utilise Salisbury Plain for training purposes. The village was never reoccupied and the area is still part of the Battle Training Area. The church of St Giles is one of only a few intact buildings remaining in Imber.

St Giles dates to the 13th century, with the addition of a striking 14th-century tower with five pinnacles. The interior is unfurnished, allowing the bones of the building to be enjoyed.

Look for 17th-century graffiti in the north porch, and the coat of arms to Walter, the 1st Lord Hungerford, above the piscina set into the porch wall.

On either side of the doorway inside the church are remains of 15th-century wall paintings. To the left (west) of the doorway is a scene depicting Avarice from the Seven Deadly sins. To the right of the doorway is the Weighing of Souls. The nave arcade is decorated with much earlier 13th-century paintings, with a chequerboard pattern interspersed with flowers and small quatrefoil patterns. 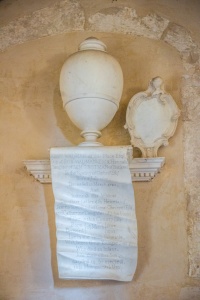 In the shadows at the east end of the north aisle is a wall monument to John Wadman, lord of the manor in 1745. Very worn grave slabs set into the nave floor commemorate an earlier John Wadman, who died in 1688, and Sarah Harris (d. 1663). There is a pair of 17th-century benches in the nave.

Perhaps the most unusual historic feature is a series of painted plain changes on the walls of the tower. These date to 1692 and are thought to be the oldest in England. The changes consist of a series of numbers in a chequerboard pattern. The numbers act as a shorthand notation to help bell-ringers keep track of when to ring each bell.

The entire village of Imber is located within the large military training area on Salisbury Plain. The village and the church are usually closed to the public except during specified open periods during the year. At the time of this writing, these opening periods are limited to several weeks in the spring, several more in the summer, and several days around Christmas.

Though the church is in the care of the Churches Conservation Trust, as of this writing the official CCT website has no details on current MOD opening arrangements. By far the best source of information is the excellent Imber Village website, which gives full details of upcoming open days and running times for the Imberbus, a restored Routemaster bus which makes runs from Warminster to Imber on specific days.

If you aren't taking advantage of the Imberbus then you'll probably be arriving by car (though we did see several cyclists when we visited). By far the easiest way to reach Imber is from Warminster. From the B3414 (Boreham Road) simply follow Imber Road.

You will pass a checkpoint at the entrance to the MOD area. This checkpoint is normally closed to visitors, but on official open days, it is unmanned. Just follow Imber Road for six miles through the MOD area, past a remarkable landscape littered with rusting tanks, until you arrive in Imber village.

There are several parking areas, and the church is very obvious to the south of the road. Note that there are no obvious roadsigns to Imber from any surrounding roads.

When the church is open there are usually Friends on Imber Church members on hand, selling refreshments and books about the village and the church. There is also an extremely good exhibit on the history of the village and its evacuation during WWII. 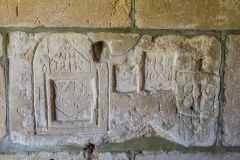 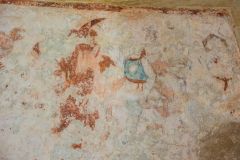 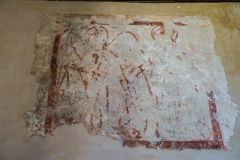 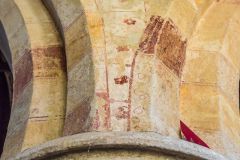 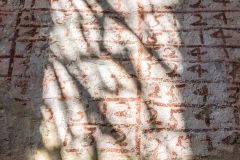