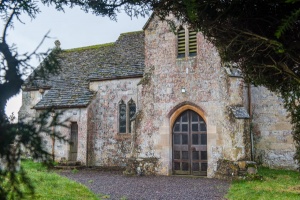 Knook is little more than a hamlet, located on a no-through-road off the A36. The tiny church of St Margaret dates at least to the 11th century, if not earlier. Though it was heavily restored in the Victorian period, much of the earlier Norman building remains.

Among the more obvious ancient remnants is a blocked doorway on the south wall, which retains a Saxon tympanum protected by a 19th-century arch. The carved column capitals and the tympanum itself are thought to date to the early 11th century. The tympanum is carved with depictions of foliage and animals, very vividly portrayed. 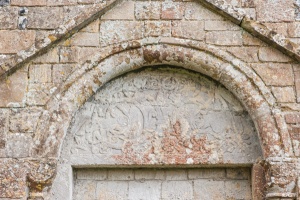 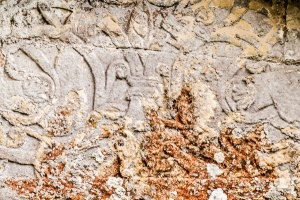 Detail of the tympanum carving

Some of the older interior features include 11th-century corbels supported the timber roof of the chancel. Behind the altar is a reredos with a reused Saxon lintel carved with traditional interlace patterns. The west wall has a 13th-century window set beneath a pair of later 19th-century windows.

Apparently the ancient origins of St Margaret's were not always readily apparent; in 1824 the antiquarian Sir Richard Colt Hoare visited the church and described it as 'a small neat building erected about 1623, and presents nothing worthy of remark in its architecture'. Hoare somehow missed the Saxon carvings inside and out!

Most of the interior furnishings are Victorian, the result of a restoration carried out in 1875 by William Butterfield. The restoration cost £900 and was paid for by the 2nd Baron Heytesbury. One of the best features is the east window, given as a memorial to Lady Elizabeth Heytesbury, who died in 1874. At the west end on the nave is the single monument of note; a black and white memorial to Brouncher Thring, (d 1787). The font is Victorian, made of marble and set upon a stone plinth.

St Margaret's is a curious building, a mix of Victorian functionality mixed with wonderful Saxon carvings. 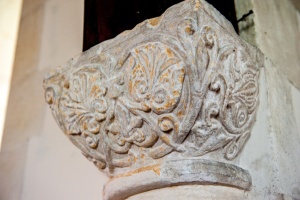 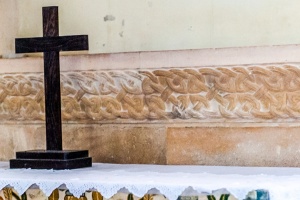 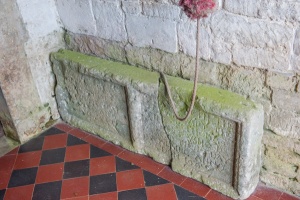 17th century slab in the porch 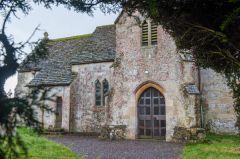 More self catering near Knook

More bed and breakfasts near Knook