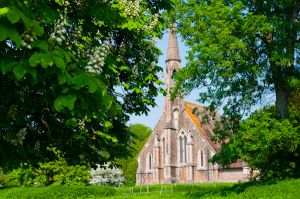 St Mary's is a lushly decorated Victorian church built by architect John Johnson for Sir John Kelk. Sir John was the engineer responsible for several large public projects in London, including the 1851 Great Exhibition, the Albert Memorial, and Victoria Station.

Among his other honours Kelk was an MP for Harwich from 1865-68, and a Justice of the Peace for the county of Middlesex. He served in the Engineer Volunteer Staff Corps and rose to the rank of Major. In 1874 he was created 1st Baronet Kelk of Tedworth, and he also served as Deputy Lieutenant of Middlesex and High Sheriff of Hampshire.

Kelk purchased the Tedworth House estate in 1876 (at which time it was in Hampshire!). He then embarked upon an extensive building program to improve the house and estate. St Mary's church was part of that programme. The site chosen for the new church was close to the main road and the site of a medieval church which had been torn down in 1784. Sir John's wife, Rebecca Anne, laid the foundation stone for the new church. 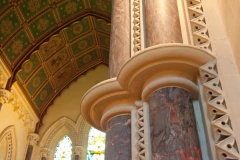 John Johnson (1807-1878) lived and worked in London. He trained at the Royal Academy and travelled to Italy on a scholarship to study Italian art and architecture. It appears that he never became a member of the Royal Institute of British Architects, but with his partner FB Newman, he built a successful practice.

Some of his notable projects include the 1848 design for the Army and Navy Club in Pall Mall, London, and churches at Stratford le Bow and Romford, in Essex. He worked on several London projects for Sir John Kelk, including terraces at Hyde Park, St John's Gate, and Lancaster Gate, but the work for which he is best known is the design of the Alexandra Palace. This latter work resulted in Johnson being made a Fellow of the Florentine Academy.

Johnson's ecclesiastical work was limited; he only designed about a dozen churches, but his work was lauded for his attention to detail and workmanship. Based on his previous experience with the high quality of Johnson's work, Kelk selected him to work on his new church, but also to carry out renovations on the Tedworth mansion house.

Kelk spared no expense on either project; the house renovations cost £45,000, and the church an additional £12,000. South Tidworth is Johnson's last and finest ecclesiastical commission.

Between them, Kelk and Johnson created a richly ornamented interior of gleaming marble, Italian mosaic tiles, and delicate stone carving. 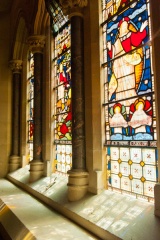 Architectural historians have not always been kind; Johnson's work has been called 'a copy of elaborate 13th-century work', but in fact, much of the design is Johnson's own, and it is very much a church in the new Victorian idiom, not merely a copy of Gothic forms.

It is rare that we know exactly what inspired a particular design, but in this case, we do - St Mary's was based - very loosely - upon the 13th-century church of St Giles in Skipton, Yorkshire.

The materials and interior decoration, however, a very much a product of the Victorian mind. The combination of grey and pink Devon marble with crisply carved limestone is not something a 13th-century architect would have expected to see!

The attention to detail is outstanding, and the effect is quite staggering, though, to be fair, will not necessarily appeal to those who prefer the quiet decay of a traditional medieval parish church!

The carving detail by Farmer and Brindley of London is superb, and extremely well preserved. The stained glass, much of it provided by the firm of Clayton and Bell, appears untouched by the passage of time, with clear, bright colours that make the interior a delightful wash of colours when the sun shines through the windows.

Unfortunately, Johnson never saw the realisation of his design; he died before work on St Mary's was even begun, and the actual building work was carried out under the supervision by GH Gordon, a canon of Salisbury Cathedral.

You approach St Mary's through pleasant woodland that stretches almost to the base of the steps that lead up to the south porch. The porch is one of the most highly decorated features of South Tidworth; it is richly carved with orders of stiff-leaf column capitals flanking a wide entrance arch. Before you enter, look up to the circular bell-turret; this is quite exquisitely carved, and adorned with figures of grotesque dragon-like creatures. 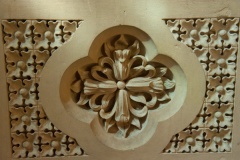 Perhaps South Tidworth church is most interesting not for what it is, but for how it represents Victorian taste and the Gothic Revival style. St Mary's was not in use for even 100 years before it was declared redundant, and it is now in the care of the Churches Conservation Trust.

The church stands in the grounds of Tedworth Hall, immediately beside the busy A338 on the southern fringe of Tidworth. Be aware that if you use the postcode in your satnav it may direct you further south along the road - ours did, and we almost missed the entrance.

There is limited space to park outside the church along the access road, but the main parking area is at Tidworth Hall, and you will then have a five-minute level walk back to the church. There is a new keyless entry system, but be aware that if the church is closed a key can be obtained at any time of day from the reception desk at Tedworth House. 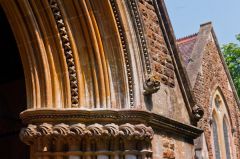 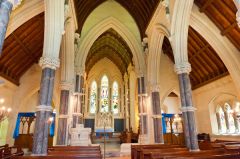 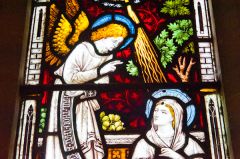 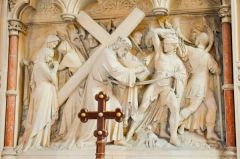 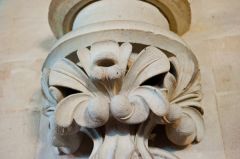 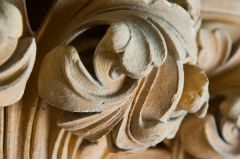 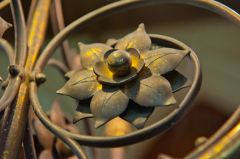 The Stonehenge Inn and Carvery - 5.5 miles
Durrington, Wiltshire
From: £40.00