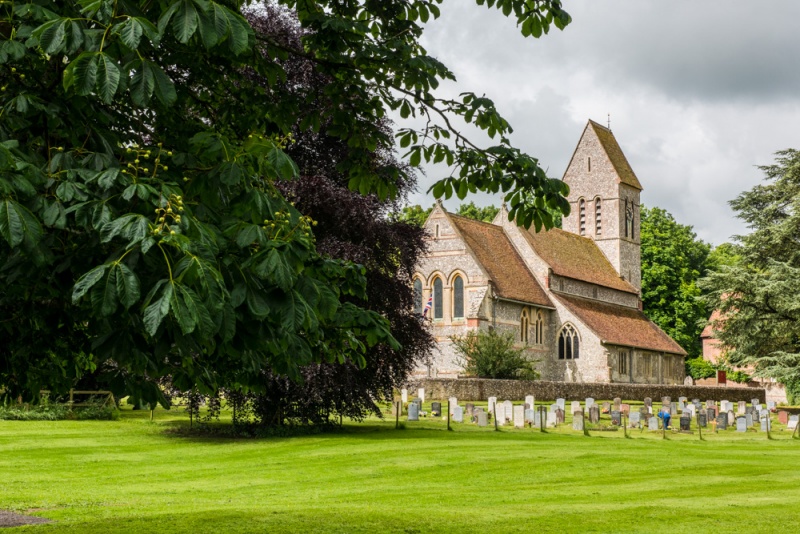 St Peter's church stands on a rise of ground above the Wallop Brook. It is very likely that a church has stood here since the Saxon period. We know that in the early 11th century the manors of Wallops were held by Gueda, or Gytha, mother of King Harold.

At that time there were both a church and a chapel serving Over and Nether Wallop. We can safely assume that St Andrew's church in Nether Wallop was the mother church, which strongly suggests that a daughter chapel stood here in Over Wallop.

If so, there is no trace of the Saxon building left. The earliest stonework is two bays on the north side of the nave, dating from around 1180. The column capitals are very similar to those at Nether Wallop, suggesting that both buildings were built, or rebuilt, at the same time.

Around 1230 a south aisle was added. The chancel may have been enlarged at this time, as evidenced by an early 13th-century piscina and shelf.

Over Wallop was a separate parish by 1291. York Minster held the living of Nether Wallop, and must have continued to have some strong connection with Over Wallop, for the parish paid an annual pension of 30s to York Minster until the 14th century. In 1342 the living of St Peter's was transferred to Richard de Wallop, and the Wallop family retain it to the present day.

One interesting exterior feature is the 17th-century brick buttress supporting the south aisle. You enter the church through a Victorian porch, which guards a reset 12th-century doorway. There is also 12th-century stonework around the west door to the north aisle. 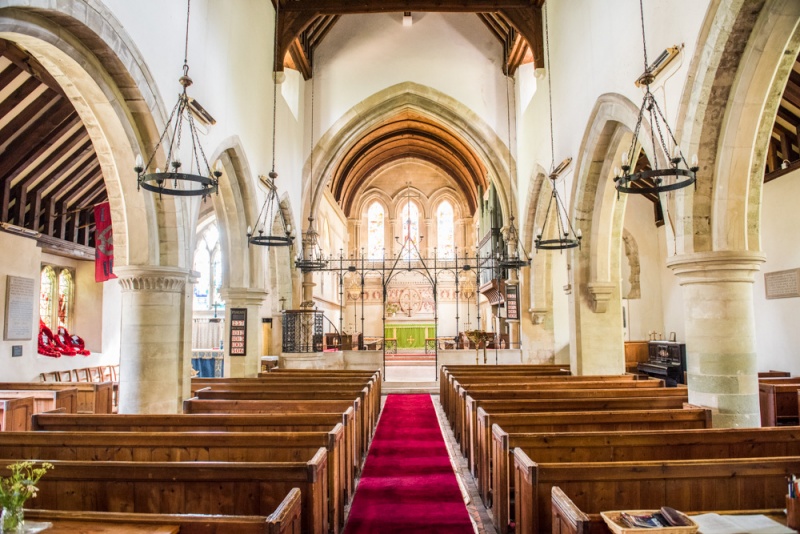 In the north aisle is a 13th century window restored in 1954 to serve as a memorial to 3 people who died in an air crash. On the wall hangs the regimental flag of the Glider Pilot Regiment. The Regiment was formed in 1941 and saw action in Europe, Palestine, and the Far East before it was disbanded in 1957. The flag was placed here on Remembrance Sunday 1957 and was dedicated for permanent safekeeping.

The font dates to around 1450. Look for the heraldic panel with the arms of the Wallop family. This suggests that the font was paid for as a memorial by the family to one of its members, perhaps John Wallop, who died in 1430.

The choir and chancel were rebuilt in Early English style in the 1860s. The wrought-iron screen is exceptional, and echoes the wrought-iron and stone pulpit. The colourful stained glass was designed by John Pearson, as was the double sedilia.

Though most of the interior furnishings date to the Victorian restoration, there are several older features worth looking for. In the south aisle is a 17th-century bench, and a seat that appears to have been made with Jacobean panelling.

Most of the historic memorials seem to have been removed in the 19th century, with the exception of those to the Wallop family. Look for a grave slab to a former rector named James Hayes, who died in 1740.

On the wall is a poignant memorial to Newton Fellowes, who died in 1801 at the age of just 5 months. The touching epitaph reads:

Another wall plaque commemorates Second Lieutenant Norman Owen, son of the rector, who was killed at the Battle of the Aisne in 1914, in the first months of World War One.

In the churchyard are several interesting 18th and 19th-century gravestones. One of the most intriguing memorials is to a 19th-century coachman named Skinner, who died in a road accident. The epitaph reads:

St Peter's church is an interesting historic building set in a typically pretty Hampshire village. The church was open when we visited, and as far as we can determine it is usually open daily to visitors. 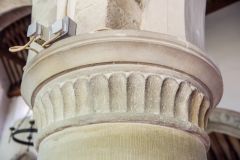 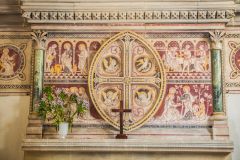 Nearest Accommodation to Over Wallop:

More self catering near Over Wallop

More Hotels near Over Wallop

The Stonehenge Inn and Carvery - 8.9 miles
Durrington, Wiltshire
From: £40.00

More bed and breakfasts near Over Wallop