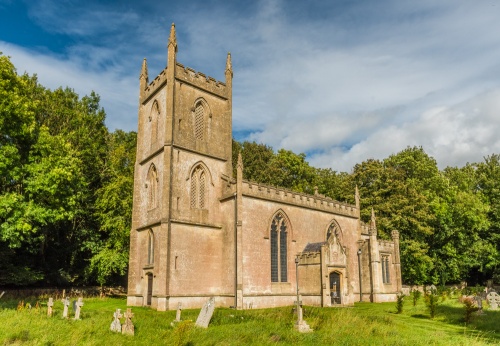 Most early 19th-century churches would not be thought of as architecturally important, but St Peter's Church in the Wiltshire village of Everleigh breaks that mould. The church was designed in 1813 by John Morlidge of London for Francis Dugdale Astley and was one of the first church buildings to be constructed with an iron frame.

The design is early Gothic Revival, with a narrow nave punctuated by a short chancel, and overlooked by a west gallery which originally held a barrel organ. The combination of a short chancel and narrow nave seems to have been designed to emphasise the height of the building. The roof is in a mock-Gothic hammerbeam style.

The interior features several fine monuments to the Astley family, including that of the founder, Francis Astley, who died in 1818, just a few years after the building was finished. To the right of the monument is a memorial tablet to William Pinkney, who lived at Lower House Farm for 40 years and laid the foundation stone for the church. 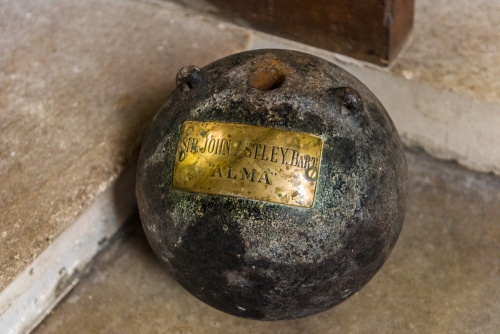 The Battle of Alma cannonball, 1854

One feature surviving from the medieval church is a Norman font, set on a later shaft and base. The font bowl is carved with scallop symbols and inverted V shapes.

One interesting note in the parish record that in 1766 Richard Chandler of Gloucestershire was killed by falling off 'the Bristol Machine' between East and West Everly (Everleigh). I can only assume that the 'Machine' was a coach from Bristol, and poor Mr Chandler fell off and died of his injuries.

Everleigh had a church as early as the 13th century when it was owned by Wherwell Abbey in Hampshire. The abbey held the advowson of Everleigh until it was suppressed by Henry VIII, at which point it was granted to Richard Wriothesley. The 13th-century church was torn down in 1814, and the new church built about a half-mile away. 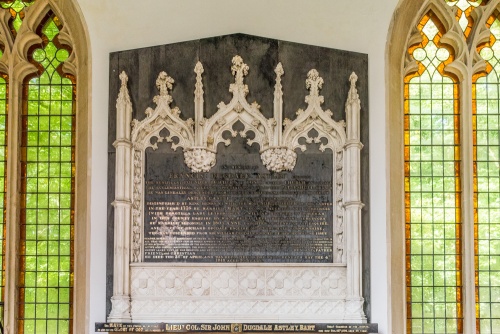 The church is built of Bath stone, with a nave, chancel, south chapel, south porch, and west tower. The tower holds a ring of 6 bells, cast at the foundry in Aldbourne.

One very unusual feature is a cannonball used at the Crimean War Battle of Alma in 1854, found on the floor at the foot of the chancel arch. A brass plate is set into the cannonball with the inscription 'Sir John Astley, Bart. Alma'.

Another unusual feature is a painted coat of arms to John Barnestone, who served as the rector of Everleigh from 1598-1645). The Barnestone coat of arms is painted on boars and hangs on the south wall of the nave near the pulpit.

Over the south door is a royal coat of arms to George III, erected in 1814. The richly coloured stained glass window over the altar was inserted in memory of Sir Francis Dugdale Astley (d 1873) and his wife Doreen (d 1872). The window was designed by WT Cleobury of London. 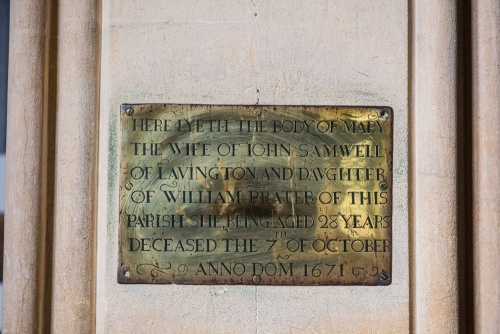 The church is not in regular use and is cared for by the Churches Conservation Trust. It is normally open daily to visitors.

NOTE:
Some satnavs may have trouble finding the correct location for the church (ours certainly did!). St Peter's is located near the old rectory just beyond the western edge of Everleigh village, on the south side of the A342. It is immediately east of Old Everleigh Farm.

Signposting is rather poor, but if you watch carefully you will ee a small layby on the south side of the road, with room for a couple of cars to pull off the road just in front of the churchyard entrance. 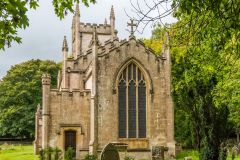 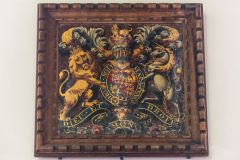 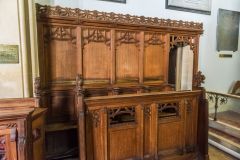 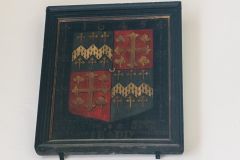 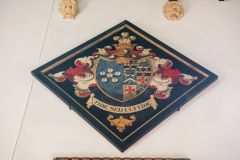 The Stonehenge Inn and Carvery - 6.5 miles
Durrington, Wiltshire
From: £40.00