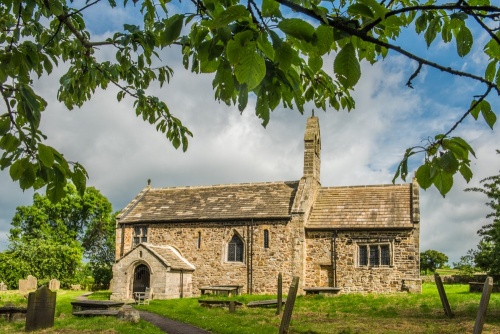 Looking out over Wharfedale is this small, rustic 12th-century church, which began as a chapel of ease to nearby Kirkby Overblow. The church was given to Fountains Abbey in the middle of the 12th century.

Though the name Stainburn is mentioned as early as AD 972 there is no record of a church here in the Domesday Book of 1086. It is quite possible that the present church stands on the foundations of an earlier Saxon building. A pair of worn label-stops over a small window beside the porch certainly look Saxon in style.

The remainder is Norman, built of the local moorland stone. The small bellcote and several square-headed windows were added in the 17th century, as was the porch. In the bellcote hangs a single bell, cast in 1400 and bearing a Latin inscription that translates as 'My name is John'.

The building has a very simple layout, with a rectangular three-bay nave, chancel, porch, vestry, and the central west bellcote. Look for a deeply splayed Norman window on the north chancel wall. 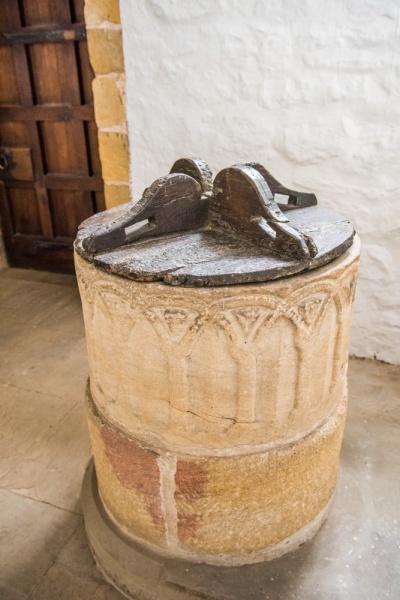 The interior features a very nice Norman chancel arch and Norman windows. There are three pews dated to 1630 in the north-west corner. The rest of the pews date to the 16th century.

The tub font is Norman and is carved with a continuous blank arcade with small grotesque faces and simple geometric designs at the intersection of each arch. The font is topped by a 17th-century wooden lid.

The pulpit was made in the 18th century but was cut down to form a much simpler design at some point.

There are several good memorials, among them a 1798 oval marble memorial to Anne Ramshaw. The florid verse says that 'in [her] were united the affectionate Wife, the tender Parent, the good Christian'.

The colourful east window has Victorian stained glass by the Belham Company of London. Just to the left of the window is a worn 13th-century grave cover carved with a cross.

The real appeal of St Mary's is its simplicity - with the exception of a few furnishings, very little has changed since the church was built in the 12th century.

St Mary's is no longer in regular use and is in the care of the Churches Conservation Trust. It's not a spectacular building, but an attractive one that really exudes a sense of age and history.

The church is located on a very narrow country lane, south of Braythorn. From Stainburn village take the road north to Braythorn and you will find the church on your right. There is a very small space for one or, at most, two cars outside the church gate. Alternatively, you can park in Stainburn village and take a footpath from the western edge of the village that leads across a field to the churchyard. 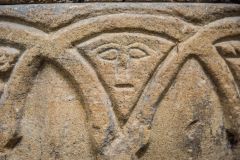 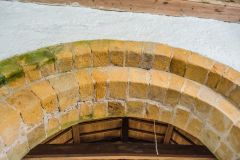 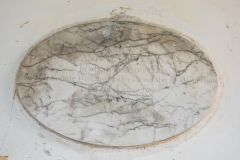 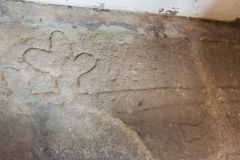