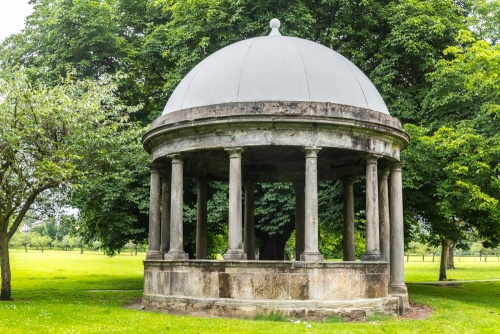 In 1571 William Slingsby discovered the first chalybeate (containing iron salts) well in Harrogate, Yorkshire. The discovery is sometimes erroneously attributed to his nephew Sir William Slingsby (1563-1634). Slingsby named the well 'Tewit', a local term for the lapwing or peewit bird which can still be found in large numbers in the area.

Slingsby recognised that the well water contained a similar mineral concentration to the water at Spa in the Low Countries. He tried to promote the well as an English version of Spa.

In 1626 author Edmund Deane wrote 'Spadacrene Anglica' ('The English Spa Fountain') describing the chemical content of the water and offering up Tewit Well as a safer alternative to spa waters on the continent. Wealthy Yorkshire gentry threw their support behind promoting Tewit Well for the health-giving qualities of its waters. 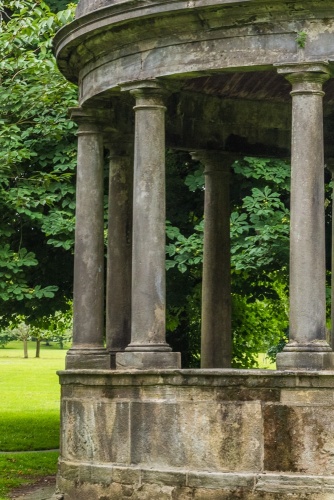 Ultimately Tewit Well proved less popular that other wells in Harrogate, in part because it was further from the town centre. When Harrogate became a fashionable spa town in the late Georgian and early Victorian period hotels catering to wealthy visitors sprang up close to the Old Sulphur Well (now the Royal Pump Room) and Valley Gardens, leaving Tewit Well too far from the centre of town.

In 1842 the domed cover from the Old Sulphur Well was replaced when the royal Pump Room was erected over the wellhead. The cover structure was moved to The Stray to protect Tewit Well. 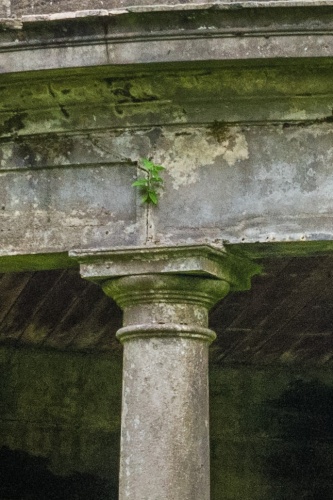 A closer look at a column and its capital

The neo-classical cover consists of a dome supported on 12 Tuscan columns. Six columns stand on a circular plinth while the remaining six are shorter and stand on a pedestal. The dome is a modern fibreglass replica of the original. The well itself has been covered over by a concrete cap.

The well pavilion was designed around 1807 by Thomas Chippendale (not the famous furniture maker of the same name - he died in 1779). A plaque low on the plinth commemorates Chippendale. 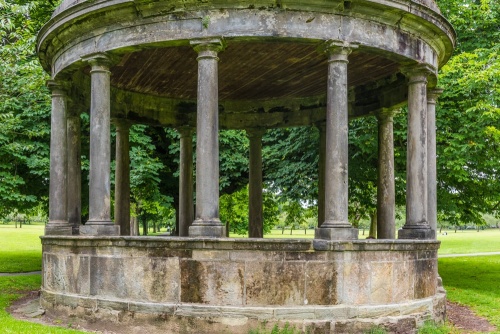 The base of the well pavilion

Tewit Well is on The Stray, a 200-acre area of common land (now a popular public park). The Stray was originally part of Knaresborough Forest but it was separated from the forest in 1778. By law, the total area of The Stray is protected, so that if any part is removed (say, for example, for development as new housing) then an equal amount of land must be added elsewhere. This ensures that the park will always exist and never be diminished. 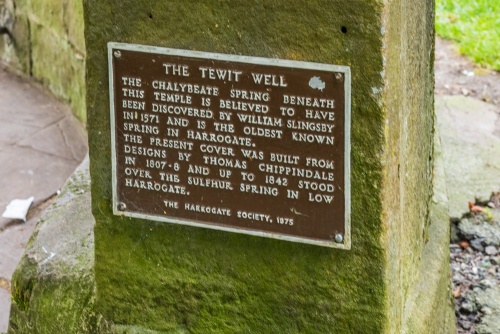 It seems odd that the oldest well in Harrogate is so far from the busy town centre, but it takes some determination to find it. The well is in a section of The Stray bordered by Stray Rein, York Place, Stray Road, and Leeds Road (the A61). It lies just off the southern end of Cherry Tree Walk near the southern boundary of this part of the park. The closest grid reference is SE306544.