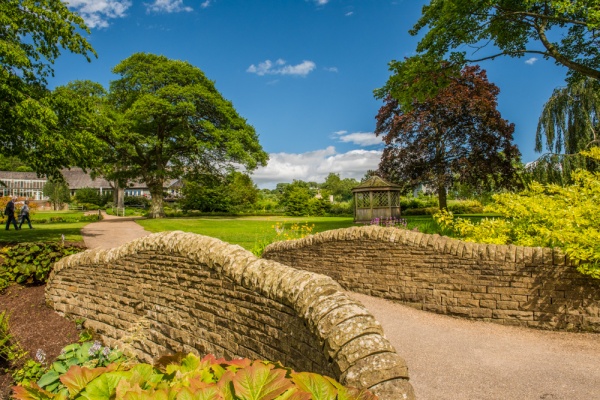 Harlow Carr is a 68-acre garden run by the Royal Horticultural Society, based around a 19th-century spa. One of the most popular features is the longest streamside garden in England, a colourful, sinuous garden that winds its way through the property.

The streamside garden blends with the neighbouring woodland and uses trees to provide shelter and help moderate the climate. Large areas of giant gunnera take advantage of the wet conditions, sharing space with hostas and ferns. Along the stream are pockets of primulas and irises.

Harlow Carr is the youngest of 4 gardens operated by the RHS nationally. It was originally the Northern Horticultural Society's display garden and trial ground, but the NHS merged with the RHS in 2001. The history of Harlow Carr goes back much further, however, back to the medieval period, when the area formed part of the Forest of Knaresborough, a royal hunting ground.

In 1734 sulphur springs were discovered here, but it was not for another century that the site was developed to become a fashionable spa. From 1840 one of the 4 springs was developed to form the basis of a health spa, with a hotel and bathhouse.

The area around the springs was planted as a relaxing garden for people taking the waters, with shaded seats sheltered by tall trees, shrubs, and floral walks. At one time as many as six different wells were in use. The Victorian wellheads are now buried beneath the Limestone Rock Garden and you can sometimes smell the sulphurous odour given off the capped wells. The hotel still operates as the Harrogate Arms, and the former bathhouse is now the RHS study centre. 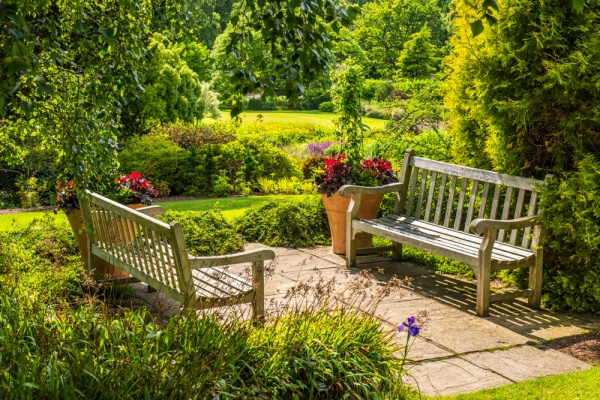 A botanical garden was opened in 1950, with 10 acres of woodland, pasture, and farmland. Since that time the garden has purchased more of the surrounding land and now takes in over 27 acres.

Among the many, many highlights at Harlow Carr are an arboretum, winter garden, scented and foliage gardens, an alpine house for arid plants, ornamental grass borders, a wildflower meadow with a bird hide, a kitchen garden and winter walking trail. The 19th-century woodland has been recreated and now features a Rhododendron Glade that is full of vibrant colour in spring.

And of course, there are roses, mixed borders, and the lovely streamside garden, displays of annual and perennial flowers, a plant centre, shop, and centre for learning about all things horticultural.

One of the more recent additions to the garden is Hedgehog Street, an area of different concept gardens that are friendly to the local hedgehog population. Nectar-rich flowers attract insects that Hedgehogs feed off, and lawns fee from insecticides encourage worms.

A highlight at Harlow Carr is a special exhibition celebrating the Royal Horticultural Society's bicentennial. The visitor is led through a 200-year series of historical garden styles from Regency to modern.

Outside the garden, a waymarked trail leads north to link up with historic Valley Garden in the heart of Harrogate. 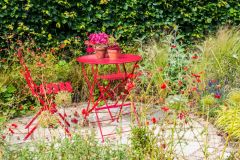 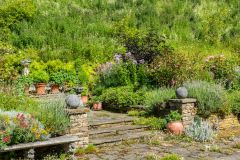 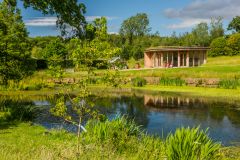 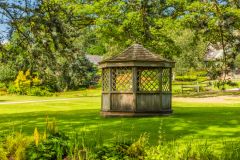 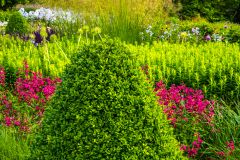