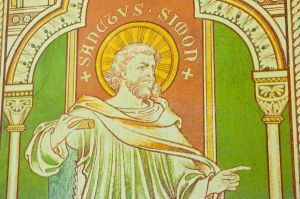 The Norman church of Garton-on-the-Wolds is an undiscovered gem. The exterior is classic Norman, with rounded arches and high, narrow windows. Though the exterior gives away the age of the church, the interior is a complete surprise. Every surface, it seems, is covered in exquisite wall paintings. These are the result of a huge restoration project in the Victorian period.

The interior seems to glow with red, yellow, and orange figures from floor to ceiling. It is quite unlike any other parish church I have ever seen.

There was a church here at the time of the Domesday Book, and in 1121 Garton was one of seven churches bestowed on Kirkham Priory by Walter Espec. The 11th-century church was replaced by a larger building in the 12th century. 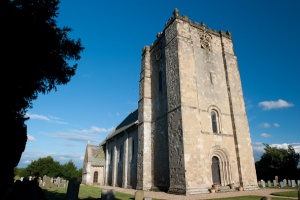 Bits of this 12th-century building can be seen in the west door, the lower section of the tower, and the south nave windows. Much of what we see today is the result of a mid-Victorian restoration initiated by Sir Tatton Sykes. Sykes brought in John Pearson to restore the medieval church in Norman style.

Sir Tatton's son (also named Tatton) commissioned the firm of Clayton and Bell to embellished the interior with wall paintings and complete the roof decoration. One unusual feature at Garton is that the murals and the stained glass were designed as part of a unified scheme, and work together to tell a story.

The nave paintings and windows illustrate Old Testament themes, and those in the chancel tell New Testament stories. Thus we see the Prophets in the nave and the Apostles and Evangelists in the chancel. The original cartoons (a sort of proof of concept design) drawn on paper for the 'labours of months' have survived and have been framed and hung under the tower. The murals were restored in 1985 with support from the Pevsner Memorial Trust. 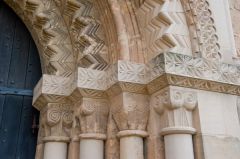 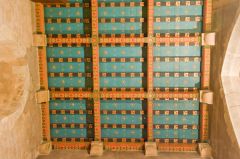 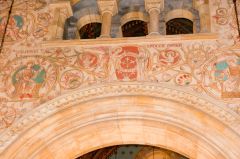 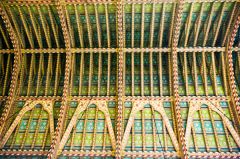 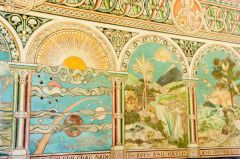 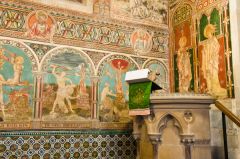