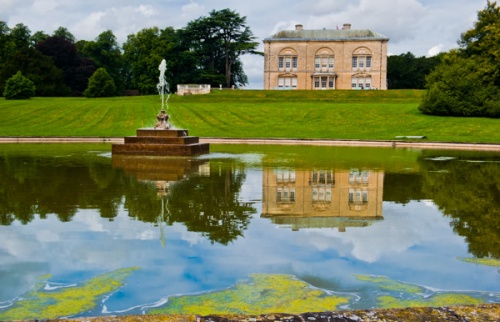 Sledmere has been the home of the Sykes family since 1748, when Richard Sykes inherited the manor from his uncle, Mark Kirkby. Sykes, who later served as High Sheriff of Yorkshire, wanted a house to reflect his rising social status, and in 1751 he embarked on a major building project to create a grand country estate.

Sykes demolished an existing house on the site. He also tore down half the village to make room for parkland, but it was down to his grandson, Christopher Sykes (1749-1801), to create the Sledmere we see today.

Sir Christopher asked Capability Brown and Thomas White to design new gardens and parkland, and he married their ideas with his own to create the attractive grounds. He then asked leading architects John Carr and Samuel Wyatt to contribute designs, and evolved a final design with influences from both.

The wonderful interior owes much to the contributions of plasterer Joseph Rose. The interior that Rose helped create remained essentially unchanged until the house was gutted by a devastating fire in 1911. It was so carefully restored over the following 6 years that you will never notice the difference.

The fabulous classically inspired plasterwork is a feature throughout the house, notably in the gilded Drawing Room and the ornately decorated Dining Room. However, my favourite room is the fabulous Library, a long, rectangular chamber with a lovely barrel-vaulted ceiling.

You simply cannot mention Sledmere without talking about the Turkish Room. This extraordinary chamber on the ground floor was designed for the 6th Baronet by David Ohanessian to emulate one of the Sultan's apartments in the Yeni Mosque in Istanbul. It is decorated with a symphony of blue and green tiles that threaten to overwhelm the senses. 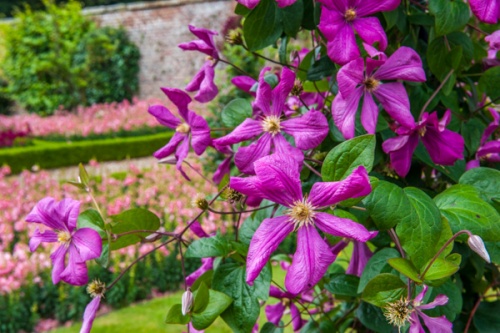 A short walk from the house brings you to a lovely walled garden, while beside the house in the other direction is Sledmere church, where the inveterate church rebuilder, Sir Tatton Sykes II, is buried.

There is much, much more to visit in Sledmere beyond the house. Beside the ticket office is the museum of the Wagoners' Special Reserve, a fascinating military museum to the local regiment and its founder, Sir Mark Sykes, 6th Baronet.

Directly opposite the Lodges gates of Sledmere stands The Well, a domed monument in classical style, while directly across from the main entrance is the Triton Gallery, which houses a free series of changing art exhibitions. Sledmere House also hosts a range of events throughout its open season including music, re-enactment and craft events.

A short drive away from Sledmere in the direction of Garton-on-the-Wolds brings you to the most impressive of Sledmere's 'follies'; the memorial to Sir Tatton Sykes himself. This wonderful and striking monument was erected on Syke's death, and stands on a rise looking south over the Wolds. 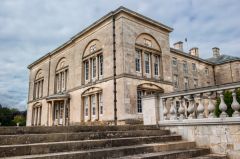 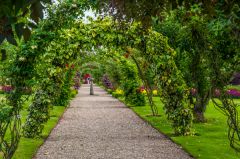 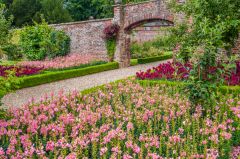 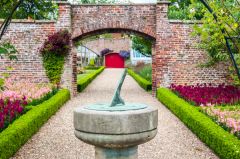 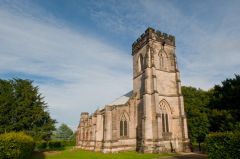 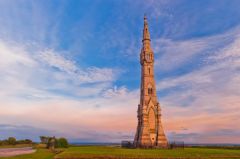 More self catering near Sledmere House >>