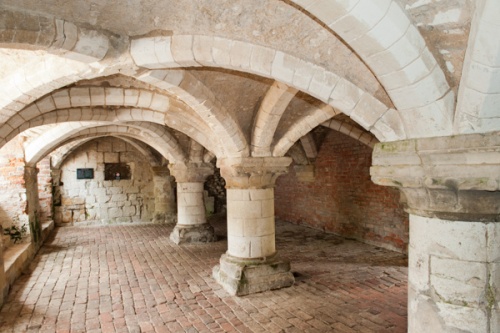 The original manor house at Burton Agnes, later replaced by the grand Elizabethan Hall beside it. At first glance, the Manor appears to be built of red brick, like the Hall, but looks can be deceiving; the red brick is only a shell that hides a much earlier building.

The manor was built around 1170 by Roger de Stutville, and was home to the lords of the manor of Burton Agnes for 500 years until the Hall was built in the early 17th century.

When the Hall was constructed the old manor was turned into servant's quarters and clad in red brick in order to complement the look of the Hall.

The Manor is tucked immediately beside Burton Agnes Hall, and freely accessible when the Hall is open. There are only two chambers on view; you enter at ground level into the undercroft, notable for the thick, round piers that support a low, vaulted roof. This area probably was used for storage. One of the columns shows a pattern of holes in the shape of a playing board for Nine Men's Morris, a popular medieval game much like noughts and crosses.

From the undercroft, you climb a narrow spiral stair to a large open hall on the first floor. This is thought to be the Great Hall of Sir Walter Griffith, whose tomb is in St Martin's church, beside the manor house. It was built in the mid-15th century, and the original timber roof of the great hall is still in place, but there is very little of the original Norman stonework left beside a partial doorway opening and the site of a Norman wall fireplace.

Visiting the Hall, Manor, and church is a wonderful experience, not to be missed! 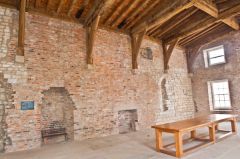 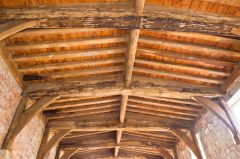 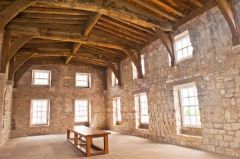 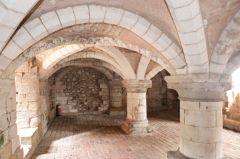 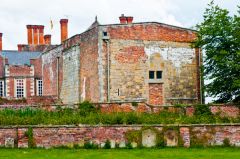 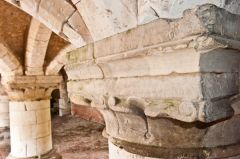 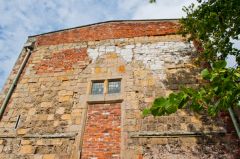