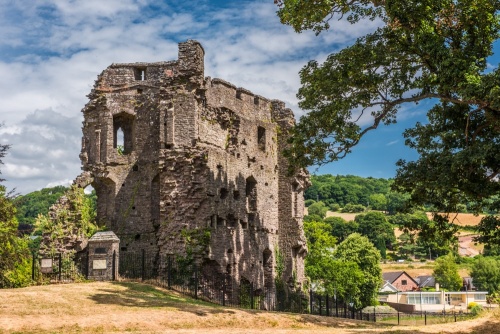 Originally a simple motte and bailey built by the De Turbervilles (see Coity Castle), Crickhowell Castle was remodelled in stone in 1272 by the unlikely-named Sir Grimbald Pauncefote, who married an heiress of the Turberville family and served as the castle governor.

Pauncefote added a simple shell keep, little of which can be seen today. Still quite visible, however, are the twin-towered gatehouse and a double tower in the eastern end. You can see Sir Gilbert's effigy along with that of his wife Lady Sybil (nee Turberville) in the nearby parish church, dedicated to St Edmund.

The castle was briefly seized by Sir Roger Mortimer, but it reverted to the Pauncefote family in 1402.

Sir Grimbald's great-grandson, Sir John Pauncefoot (note the modernized spelling), was ordered by Henry IV to strengthen the castle against attack by Owain Glyndwr in the early 15th century. but his efforts were in vain; as with so many Norman castles, Crickhowell was sacked by Glyndwr's men, who left it 'in ruins'. 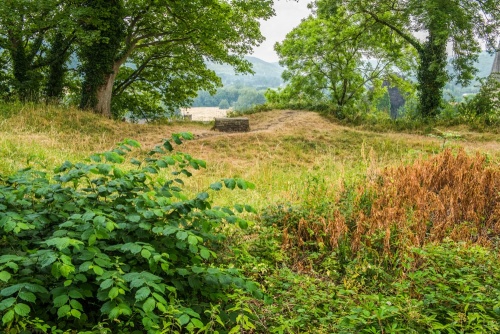 The top of the castle motte

Edward IV granted the castle to Sir William Herbert of Raglan, and through Herbert it eventually passed to the Dukes of Beaufort. It was never rebuilt, however, and today is little more than an intriguing ruin.

The castle site was given to the people of Crickhowell by Gwilym C James of Llanwyso in memory of his son Lieutenant CBH James, who died in action at the Battle of Cambria in 1917. A plaque to Lieutenant James stands beside the east tower.

Crickhowell Castle is sometimes known as Ailsby's Castle, after a 13th-century warder. The castle is set within a park in the centre of Crickhowell, a peaceful setting that seems at odds with the rather stark remains. The castle was sited above the River Usk on a major transportation route between Abergavenny and Brecon, a route followed by the Normans on their westward march into Wales.

There are three main parts to the castle remains. The largest and most obvious part of the medieval fortress to survive is the east tower, which features several large window and door openings and still stands to over three storeys high. From the east tower a trail leads up the conical motte, or castle mound, now overgrown with trees and shrubs. 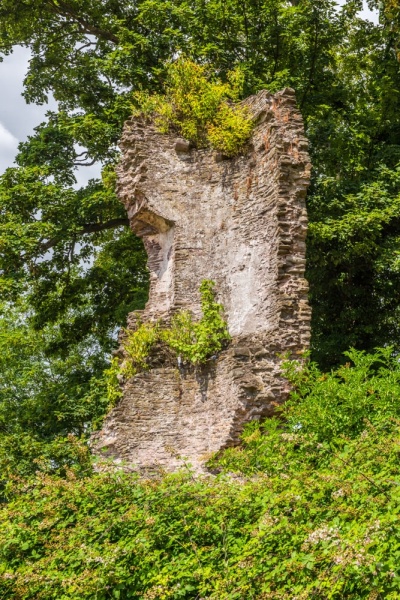 Ruins of the castle gatehouse

At the top of the motte is a cleared space where the castle keep stood, but there is nothing to see above ground save for a depression in the earth. There are park benches to relax and a very good viewpoint looking out over the rooftops of Crickhowell.

Half hidden on the sloping side of the castle motte is a portion of the castle gatehouse, now reduced to a free-standing slender section of wall covered in foliage.

The castle is extremely easy to reach from central Crickhowell. It stands in the public park bounded by Castle Road, High Street, and Beaufort Road (the A40).

There have been several requests for a Crickhowell Castle postcode to use for sat nav purposes. The castle doesn't have an official postcode, but NP8 1AP will get you to the junction of High Street and Castle Road, immediately beside the castle park. 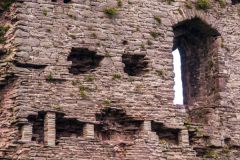 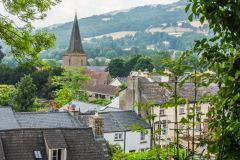 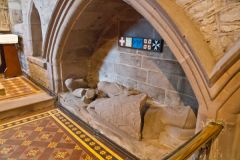 More self catering near Crickhowell Castle >> 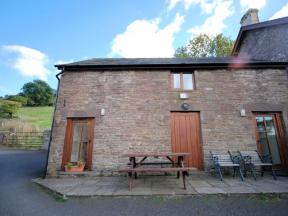 This picturesque area is famed for its relaxed pace and wonderful walks in all directions. The Crickhowell Walking Festival is a highlight of the local calendar every March. This is …
Sleeps 5 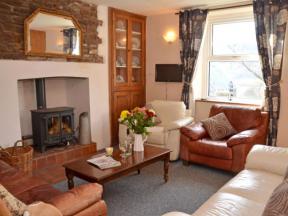 This picturesque area is famed for its relaxed pace and wonderful walks in all directions. The Crickhowell Walking Festival is a highlight of the local calendar every March. This is …
Sleeps 7