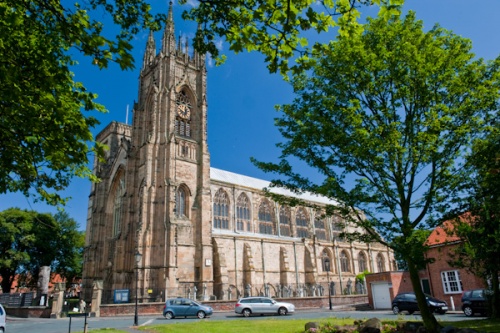 The parish church of St Mary in the East Yorkshire town of Bridlington is better known as Bridlington Priory, despite the fact that the priory itself is long gone. We know that a church existed at Bridlington at the time of the Domesday Book in 1086.

From the very first, part of the priory church was set aside for use as a parish church, a fact that would later save the church from destruction during the Reformation.

Over the subsequent centuries, Bridlington grew to be one of the most powerful monasteries in England. King Stephen helped the monastic wealth by granting the priory jurisdiction over the town's busy port and harbour, and in 1200 King John gave them the right to hold a weekly market and an annual fair.

The most famous of Bridlington's priors was John of Thwing, known to history as St John of Bridlington. John died in 1379, and in 1401 he was canonised, the last English saint before the Reformation. St John's tomb was housed in the priory church, and was a major destination for pilgrims. The shrine was situated in the original elaborate choir, now vanished. 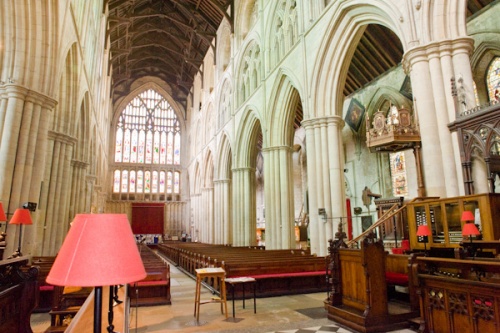 Henry VI founded a choir school at the Bridlington Priory, a school which is still active and produces choristers of a very high standard.

The last prior of Bridlington was William Wood, who was accused of aiding the rebels responsible for the Pilgrimage of Grace, a northern rising against Henry VIII's Reformation policies. Wood was executed in London, and the rich priory church was despoiled by Henry's commissioners. However, because of its role as a parish church, the bulk of the priory church survived, and it is this church we can visit today.

The most notable feature of the exterior is the wonderfully ornate west front, with a fantastic array of blank arcading and statue niches. The interior is remarkable for its sense of height and spaciousness. There are a number of medieval artefacts preserved from the medieval priory.

The most impressive of these is the Founder's Stone, a black carved slab of Tournai marble just inside the main entry door, crafted in memory of Walter de Gant, the priory founder. The carving on the Founder's Stone is fascinating, in the same style as the Bayeux Tapestry.

Take a moment to enjoy the huge east and west windows; the west is the largest in the north of England, measuring 27 feet across and 55 feet high. Now look up; if you are observant, you will see that the east and west ends of the roof are in completely different styles. The west end was made by skilled carpenters, while the east end was made by locals who finished the job with the skills they developed in dealing with fishing vessels. 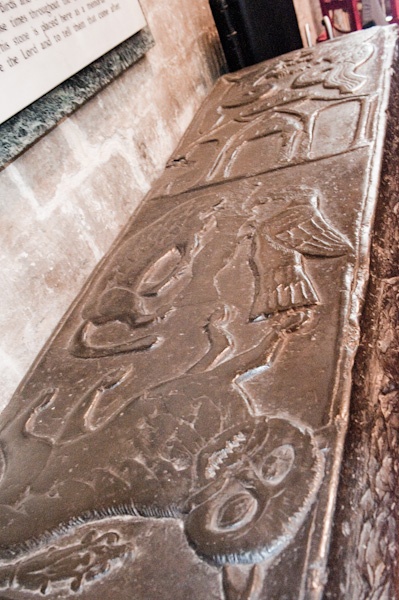 There is a memorial to the Green Howards regiment, and another to the 22nd Hussars. One interesting feature is a section of reconstructed late 12th-century cloister arcading in the north aisle, which has some lovely carved details. The font, also in the north aisle, is a lovely 14th-century bowl of Frosterley marble, topped by a modern cover made by Robert Thompson, the 'mouse man'. A further 17 Thompson mice can be found throughout the priory.

At the north-east corner of the churchyard stands a simple obelisk memorial to the natives of Bridlington who lost their lives in The Great Gale, a sudden and cataclysmic storm that hit the area in 1871.

The priory stands in a lovely quiet area of trees and red brick houses, fronted by a long green. At the far end of the green is The Bayle, a medieval gateway to the priory precincts, and the last vestige of the original Bridlington Priory apart from the church itself. 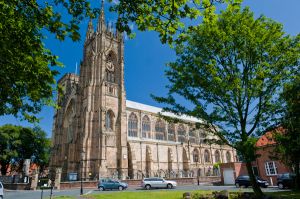 More self catering near Bridlington Priory >>