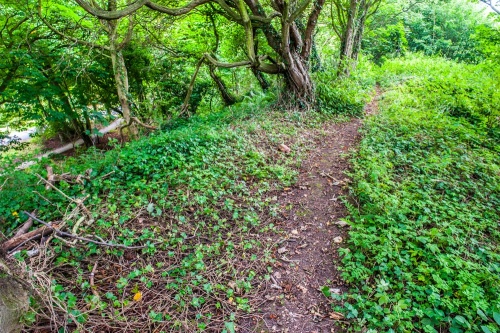 Danes Dyke
Danes Dyke is a bank and ditch earthwork 'wall' which cut off Flamborough peninsula from the mainland. Despite the name, the Dyke has nothing to do with the Danes! The exact date of construction is uncertain; some sources put it squarely in the Iron Age (pre-Roman) while others suggest similarities to post-Roman earthworks.  and was intended as a defensive structure to protect headland settlements.

The Dyke stretches 4km (about 2.5 miles) from north to south, enclosing a total area of about 5 square miles, and includes the most northerly outcropping of coastal chalk in Britain.

It was probably topped with a wooden palisade fence and would originally have created a seriously strong defensive barrier to anyone approaching the headland from the west. The scale of the construction compares with more famous (albeit much longer) ditch and bank fortifications like Offa's Dyke on the Welsh border.

At the southern end of Danes Dyke is a nature reserve and parking areas giving access to a network of footpaths. These trails allow visitors to reach the shore, where there is a pebble beach with moderately high chalk cliffs. Other paths lead along the course of the Dyke, and through the wooded countryside on either side.

Further paths lead from the parking area in either direction along the clifftops, towards Bridlington to the west or towards South Landing and Flamborough to the east. I can particularly recommend the clifftop trail to South Landing; this gives wonderful views along the coast and is an exhilarating walk on a sunny day.

There is a good exhibition about the Dyke and the surrounding area in the local museum at Sewerby Hall. 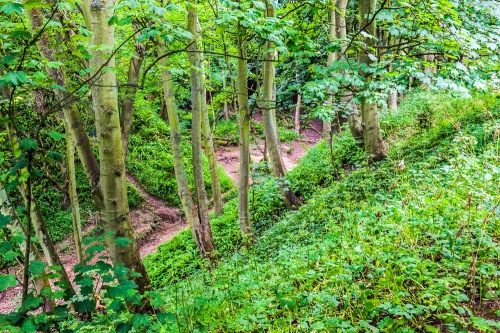 Looking down from atop the Dyke

More self catering near Danes Dyke >>