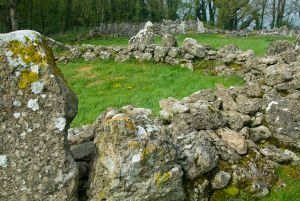 The area around Din Lligwy is a historian's treasure trove. Within a short stroll of each other are a prehistoric cromlech, a ruined early medieval chapel, and an ancient Romano-British settlement. The settlement remains are composed of a series of very well-preserved stone huts within a stone-walled enclosure.

The settlement at Din Lligwy may date to before the Roman invasion, but much is from the 4th century AD, near the end of the Roman occupation of Britain. Nine huts survive within an enclosure of about half an acre; some of the huts are circular in plan and some are rectangular.

It seems clear that not all the huts were used for habitation; some were very likely workshops, and evidence has been found of iron smelting on the site.

The encircling stone wall would have been up to five feet thick in places; this was a place intended to be defended, though it seems unlikely that such a wall would have stood up to a concerted attack.

You have to pass the ruined medieval chapel to reach the settlement site, but while in the neighbourhood, don't miss the prehistoric cromlech (across the Llanallgo road) 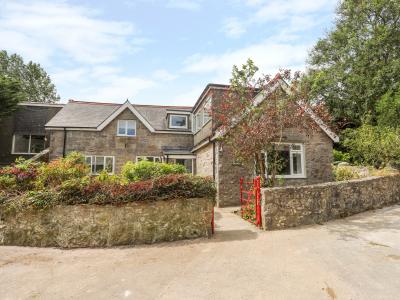 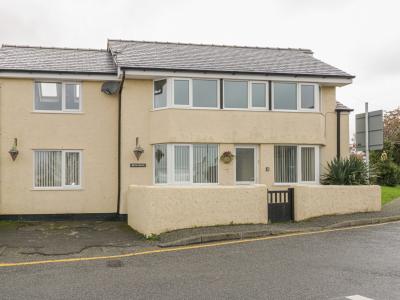 This charming, detached cottage is located in the heart of the picturesque coastal fishing town of Moelfre, on the scenic Isle of Anglesey and can sleep eight people in four …
Sleeps 7