HERITAGE HIGHLIGHTS:   One of the best preserved hut circles in Wales 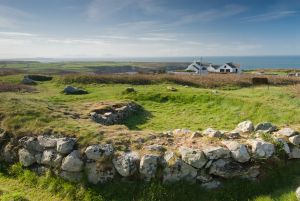 A series of over 20 huts with stone foundations, built on a sloping site on the west side of Holyhead Mountain. The site offers wonderful views west over the sea, and north towards South Stack cliffs.

The initial hut remains date to the late Neolithic and early Bronze Age period, but the site was later reused by subsequent generations of settlers. Excavations have revealed Roman pottery and coins.

Many of the hut foundation walls remain; enough to give us a clear idea of the shape of the houses and guess at how they may have been used. Some contain internal divisions which suggest storage areas.

A similar juxtaposition of circular and rectangular buildings can be found at Din Lligwy Ancient Settlement, also on Anglesey. The site covers over 20 acres and is one of the best-preserved hut circles in Wales. 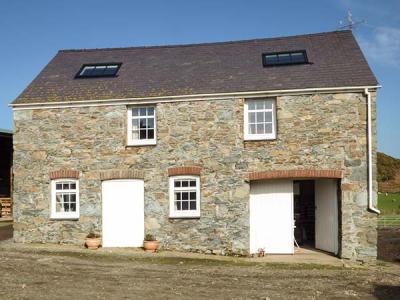 This lovely detached barn conversion on the owners' farm, near Holyhead and sleeps six people in three bedrooms.
Sleeps 6 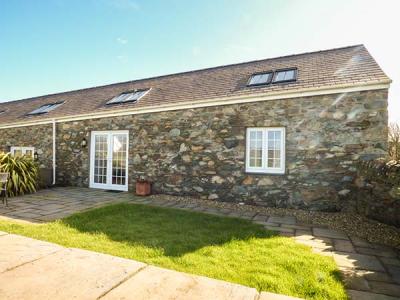 This lovely stone-built barn conversion is situated on the owners' farm, near Holyhead and sleeps two people.
Sleeps 2