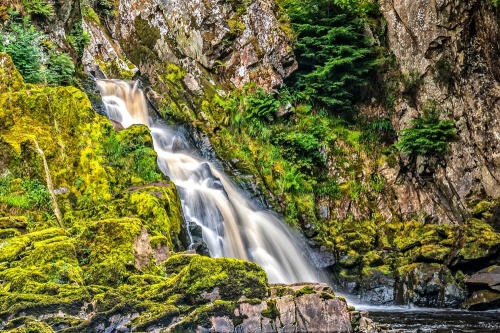 Conwy Falls is one of the most popular and scenic waterfalls in Snowdonia. The falls are not located near the historic town of Conwy, as the name might suggest, but just east of Betws-y-Coed, in the heart of Snowdonia National Park.

The falls are at the heart of over 9 acres of woodland at the junction of the Conwy and Machno rivers. Footpaths lead through the woodland, part of which is listed as a Site of Special Scientific Interest (SSSI).

Because the area is protected, primarily to create a habitat for various lichens, the trails are left in a nominally 'natural' state, which unfortunately means they may be difficult for visitors with impaired mobility.

In the woodlands, you will see over 30 varieties of birds and the occasional polecat. Closer to the river you will find otters, and from August salmon try to climb the falls and reach the source of the river. A special Fish Pass has been created to help the salmon and trout climb the falls.

Also near the falls is the remains of a Victorian 'fish-ladder'. The ladder was partly washed away only a few months after being built, but a modern ladder was created and put into service in 1993, at a cost of almost £1,000,000.

Further down the Afon Machno, about 500 metres from the falls, stand the remains of Penmachno Roman Bridge, which, despite the name, is not Roman but a 17th-century packhorse bridge. 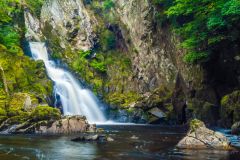 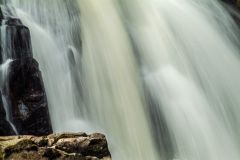 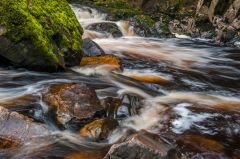 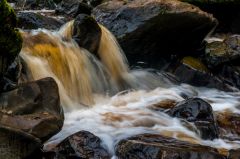 More self catering near Conwy Falls >> 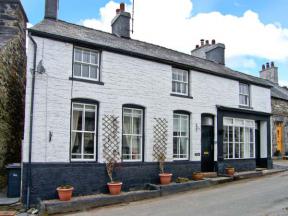 This detached character cottage is in the village of Capel Garmon, near Betws-y-Coed, and can sleep seven people in four bedrooms.
Sleeps 7

This lovely Grade II listed cottage rests in the pretty village of Ysbyty Ifan in the Snowdonia National Park and can sleep six people in three bedrooms.
Sleeps 6